How Will the Hong Kong Protests End?

The brave idealism of the people of Hong Kong is enough to stir the heart of anyone who cherishes freedom. 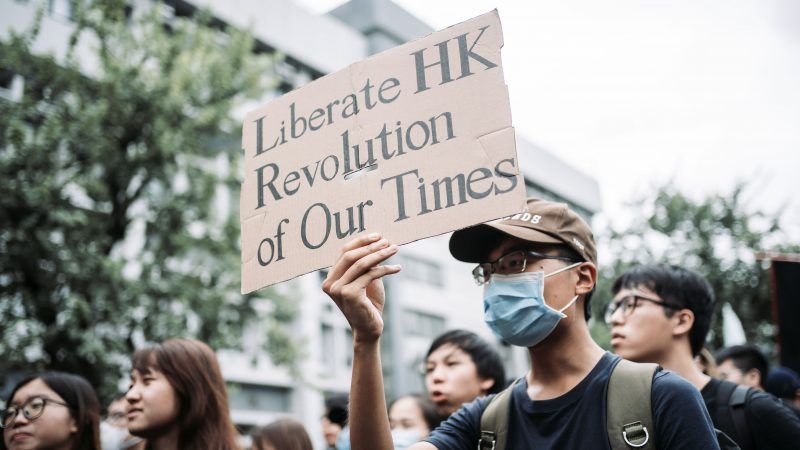 The mass protests in Hong Kong have been the most thrilling news of 2019: a daring, dramatic movement involving people asserting their fervent support for liberty, democracy, and the rule of law.

On some weekends, a quarter of the territory's 7.4 million people have thronged the streets to demand reform from the Beijing government, which had tried to force through a new law allowing extradition to the mainland. They persisted, sometimes violently, even as police resorted to tear gas, rubber bullets, and arrests.

On Wednesday, they got a major concession from Chief Executive Carrie Lam, who finally agreed to kill the bill. Her hope is that it will douse the discontent. But as is often the case in such crises, it may serve as an accelerant.

Pro-democracy legislator Claudia Mo said Lam's decision was "too little, too late." Adjunct professor Willy Lam of the Chinese University of Hong Kong, told The New York Times it would "not have any impact." But Regina Ip, a pro-Beijing member of the Executive Council warned, "There are no more concessions we can make."

The protesters' demands have long since expanded to include amnesty for the demonstrators, an investigation into police brutality, and democratic reforms. Underlying the movement is a desire to preserve Hong Kong's broad freedom from the tight control the Beijing regime exerts over the rest of China.

When the British colony was returned to Chinese rule in 1997, it was assured substantial autonomy until 2047. But when an overreaching central government put a cloud over its special status, Hong Kongers took to the streets.

That spectacle has inspired admiration and awe. But to anyone who has watched events in China and the world in recent years, the central emotion has to be dread.

The protests represent a direct challenge to the sovereignty and power of the ruling Communist Party. It's a challenge the central government is not likely to endure for long. After Oct. 1, when the party commemorates the 70th anniversary of the founding of the People's Republic, it may be less reluctant to crack down.

For China's rulers, the movement brings flashbacks of 1989, when students calling for democracy occupied Tiananmen Square in Beijing. That demonstration arose amid a worldwide surge that brought democracy to places ranging from South Korea to the Soviet Union to Chile. It was natural to expect that China would also make the transition.

It didn't. The government instead chose to crush the opposition with armed troops who killed hundreds if not thousands. The Communist Party held on, and international outrage eventually dissipated. China proceeded to become an economic powerhouse.

It's hard to imagine President Xi Jinping tolerating unending turmoil or accepting the other demands. He is bound to see the unrest as a mortal danger to both China's system of government and its territorial sovereignty.

Letting the protesters win would weaken Beijing's control over its people by signaling that determined, mobilized citizens could defeat the government. Xi did not achieve the most powerful position in China in order to dismantle the system that put him there.

Backing down in Hong Kong would violate what the rulers learned from Soviet leader Mikhail Gorbachev, whose liberalization led to the demise of his government. It would also contradict the lesson they took from the Arab Spring: With sufficient brutality, autocratic regimes can put an end to popular uprisings.

A retreat would also embolden advocates of independence in Hong Kong—and, even more alarming to Beijing, fuel separatist sentiment in Taiwan. Granting demands for autonomy would call into doubt Beijing's professed commitment to prevent Taiwan from declaring its independence at all costs. The Chinese leaders and people are stalwart in their belief that Hong Kong is theirs—a claim accepted by the rest of the world.

China's rulers obviously hope that withdrawing the extradition measure will soon bring an end to the turbulence. But there is no reason to doubt that if Beijing needs to use overwhelming force, it will do so—and ignore the condemnations from abroad.

The brave idealism of the people of Hong Kong is enough to stir the heart of anyone who cherishes freedom. But the harsh reality is that they are unlikely to get more of what they demand. The movement could end because they accept this modest victory and go back to their normal lives. Or it could end in tears and blood.