Was Chris Pratt Criticized for a 'White Supremacist' T-shirt? Not Really

A handful of dumb tweets do not a story make. 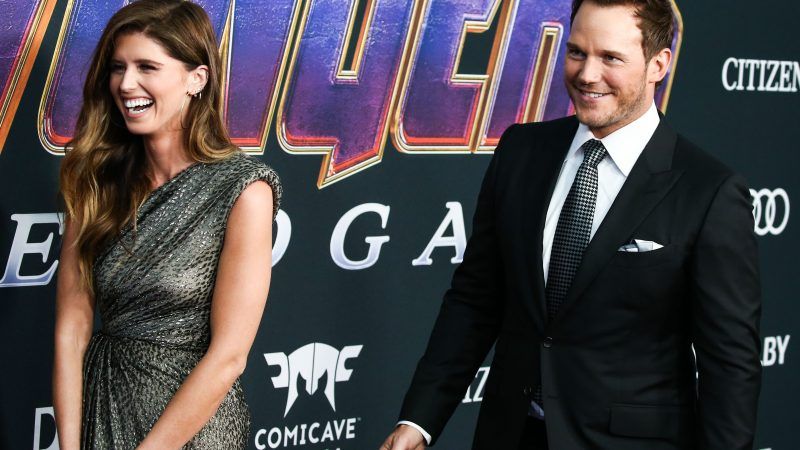 The actor Chris Pratt (Guardians of the Galaxy, Parks and Recreation) was photographed wearing a t-shirt depicting the Gadsden flag. It's a well-known symbol for libertarians, which dates back to the American Revolution and symbolizes opposition to coercive government.

This was all Yahoo needed to run the following story: "Chris Pratt criticized for 'white supremacist' T-shirt." While the author did manage to identify the correct Chris, virtually every other word of the headline is misleading.

It's not just that the Gadsden flag is hardly a white supremacist symbol. The idea that Pratt faced some massive public backlash is also quite wrong. The article cites as evidence a couple of tweets, but aside from the initial tweeter—Hunter Harris, a writer for Vulture—none of them come from verified or prominent accounts. We're not talking hundreds or even dozens of tweets. And again, we're talking about just a few tweets. There were many, many more tweets—as evidenced by the replies to Harris—in defense of Pratt, or taking issue with the attempt to drag him for this. "Nothing Really Happened to Pratt Except a Lot of People Thought This Attempted Dunk Was Dumb," would have been a more accurate headline.

We need a name for the noxious trend of journalists writing stories based on nothing more than a handful of tweets. I propose the Black Ariel Effect, with reference to a previous example of this exact same thing. I talked about it on CNN's Reliable Sources on Sunday:

Watch: @RobbySoave shares an example of a so-called "trending" story that "looks like news," but was actually deceptive. pic.twitter.com/pLQCHmonCw