At his social media summit on Thursday, the president ranted incoherently about the media's "crooked," "dishonest," and "dangerous" speech. 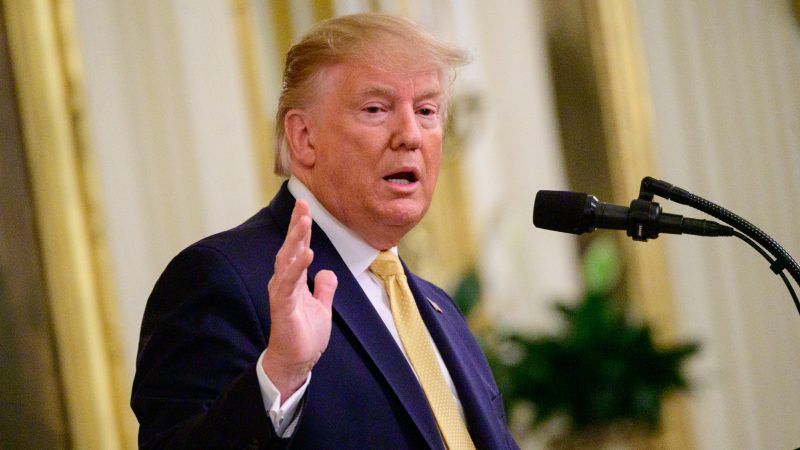 Whether private companies treat conservatives unfairly is not a free speech issue in the First Amendment sense, since only the government is constitutionally prohibited from engaging in censorship. Trump, on the other hand, made some remarks that were at least an implicit threat to freedom of speech. About 46 minutes after taking the podium, the president said this:

The statement is not completely coherent, but Trump appears to be asserting that speech loses constitutional protection when it's "crooked" or "dishonest." Now, it's true that objectively false and disparaging speech can in some cases be deemed libelous. But speech that merely strikes Trump as "bad" does not lose its First Amendment protection.

The false claim that "bad" speech is "dangerous" and thus unprotected by the Bill of Rights is not fundamentally different from the equally false claim that hate speech is not free speech. Conservatives—including many of the conservatives in the audience yesterday—often mock campus progressives for making the latter claim. For the sake of intellectual consistency, one might hope that they would also object to the former claim, and thus be willing to call out Trump. Trump, after all, is president of the United States, and in that capacity has much more power to violate the First Amendment than any social justice warriors or social media CEOs do.

For more on anti-speech trends on the left and the right, check out my new book, Panic Attack: Young Radicals in the Age of Trump, which was recently featured on The View's summer reading list episode.

Our @MeghanMcCain is is taking some time to enjoy these great reads over the summer — get her must-reads from authors @robbysoave and Della Owens #ViewLadiesGetLit https://t.co/7LXH5nMYgj