The law will reopen critical channels to employment and housing that might otherwise be closed. 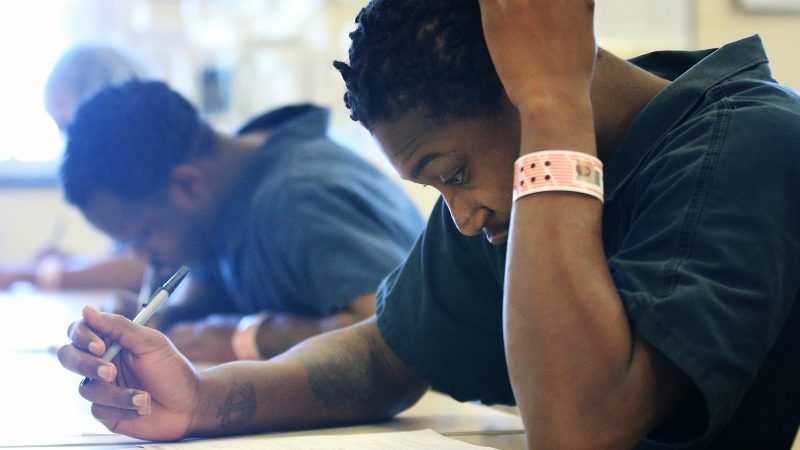 In a bipartisan win for criminal justice reform, Pennsylvania is sealing more than 30 million criminal records.

Dubbed the Clean Slate Act, the legislation is the first of its kind and will reopen channels to housing and employment that might otherwise be closed to individuals with certain criminal histories. The state will now automatically seal records of those who were found not guilty, those whose charges were dropped, and those who committed low-level offenses—such as prostitution and shoplifting—if they have remained crime-free for 10 years.

"As the automatic sealing of criminal records goes into effect today, I am reminded that Clean Slate is just one part of our larger push for criminal justice reform, and already we're seeing signs of success," Gov. Tom Wolf (D) said in a statement. "Our prison population is declining while our crime rates are at the lowest in a generation and that's good for everyone. There's still more we can do to help ensure a fair, just society, even for law offenders and I'm optimistic we can continue to work in a bipartisan way to identify and tackle issues in our criminal justice system."

Previously, Pennsylvania allowed those with criminal records to petition for expungement by requesting a hearing. But as Sharon Dietrich, the litigation director for Community Legal Services of Philadelphia, told The Washington Post, her group represented anywhere from hundreds to thousands of such cases per year, brought by low-income residents who had to wait for extended periods of time just to get in front of a judge. Even with such a heavy caseload, Dietrich told the Post, her group did not even start "to touch the need for that service."

Now, thanks to the Clean Slate Act, criminal records that qualify will be sealed without request, cutting a substantial amount of red tape, as well as removing the financial burdens associated with the previously lengthy judicial proceedings.

Society also has something to gain, as individuals are less likely to reoffend if they have access to employment and housing. If you're unable to land a job or a place to live, it follows that you might fall back on crime.

"Today represents the culmination of a tremendous amount of hard work and collaboration between Representative Sheryl Delozier, me and countless other legislators and advocates who are looking to help those who have paid their debt to society truly get their second chance," Harris said in a statement. The Clean Slate Act "shows that we're serious about the benefits criminal justice reform has for all taxpayers."