His Father Was Murdered. He Helped End the Death Penalty Anyway.

“I wanted to be more than somebody who is the son of a murder victim.” 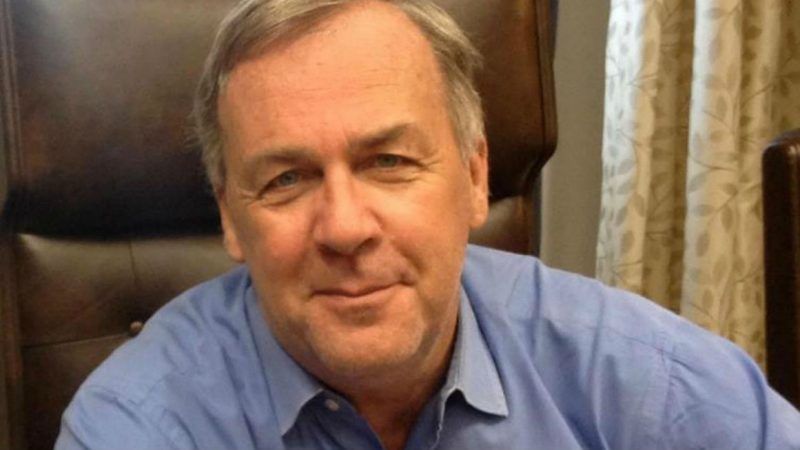 In May, the death penalty died in New England. A bipartisan legislative majority in New Hampshire, the final state in the region to enforce capital punishment, voted to override Gov. Chris Sununu's (R) veto of a bill abolishing the death penalty. At the time of his veto, Sununu urged those legislators to consider the "victims of violent crime across this state."

While it is often assumed that victims of violent crime tend to support capital punishment, one of New Hampshire's most outspoken death penalty critics lost his own father to an act of violence.

"I wanted to be more than somebody who is the son of a murder victim," says Renny Cushing, a Democrat who represents the Rockingham district and serves as the chair of the state's House Criminal Justice and Public Safety Committee. In 1988, Cushing's father was shot and killed before his mother's eyes. Similar tragedy struck his family again in 2011 when his brother-in-law was shot and killed in Tennessee.

His father's death taught him that nothing "prepares one to be the survivor of a homicide victim." When a family friend approached Cushing in a grocery store to express the hope that the state would "fry the bastard," Cushing says he didn't initially know how to respond.

His Irish Catholic upbringing called for him to stand by a consistent life ethic, he explains, which promotes the sanctity of life "from womb to tomb." This influenced his opposition to the death penalty before he lost his father. Yet that family friend had assumed that his father's murder would cause Cushing to change his position.

"As I thought about that over a couple of weeks, I realized that if I had done that, if I changed my position on the death penalty because my father was murdered, that would, in some ways, kind of be a compounding of the loss," he says. Not only would he have lost his father, but he would have lost the values he held dear.

Confronting such assumptions was the beginning of Cushing's anti-death penalty advocacy. In 1998, he presented his first death penalty repeal bill to the state legislature.

Twenty one years later, the repeal effort long championed by Cushing and others has finally paid off.

Bipartisan support was a major factor. "Ending New Hampshire's death penalty would not have been possible without significant Republican support," says Hannah Cox, national manager of Conservatives Concerned About the Death Penalty. "Increasing numbers of GOP state lawmakers believe capital punishment does not align with their conservative values of limited government, fiscal responsibility, and valuing life."

The Republican side also had its own figure who was able to speak from the victim's point of view. Sen. Ruth Ward's (R–Stoddard) father was taken from her family by violence when she was only seven years old. While announcing her support for repealing the death penalty, she said, "My mother forgave whoever it was, and I will vote in favor of this bill."

Another factor contributing to the repeal law's success, says Cushing, is the general political attitude of the state's people. "New Hampshire has a really incredibly strong libertarian streak," Cushing points out. "In a state where we don't trust the government to collect taxes or plow snow, certainly a lot of people don't want to give the government the power to have a public employee kill incapacitated prisoners."

Cushing has faith that the remaining 29 states that still use capital punishment will eventually change their laws too.

"I know as a state legislator and as someone who's traveled around, who works on a national level on criminal justice policy with other legislators, that the trend is rapidly [going] away from the death penalty," Cushing says. "And I think that you'll see that increase in the coming few years."