Godzilla: King of the Monsters Is a Reminder That Eco-Terrorists Make Effective Movie Villains

The eternal battle between man and megalizard continues. 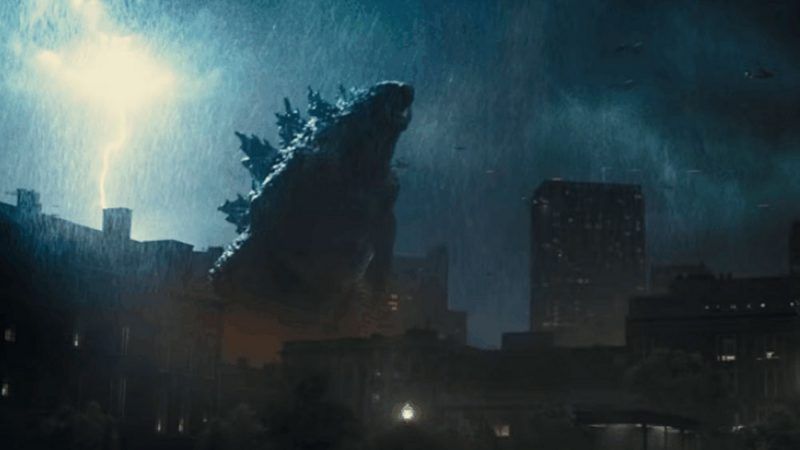 Godzilla: King of the Monsters is, on the one hand, a mindless, goofy B-movie about giant lizards fighting each other while humans look on helplessly, and, on the other hand, a mystical ecological parable, in which a band of committed eco-terrorists unchain forces of destruction in order to cleanse the planet of the plague of humanity. It thus poses a question: Who is the real monster—man or megalizard?

The eco-terrorists' plan is pure nonsense, but it has the virtue of being simple and direct: Release a handful of mountain-sized beasts from the bowels of the planet, then let them stomp around murdering everything and everyone in their path. Monsters + destruction = planet saved.

The monsters, we come to understand, are actually ancient Titans who serve as "nature's defense," which sounds suspiciously like the name of an environmental non-profit. These Titans are tasked with preserving the planet's integrity. In this case, that appears to mean wiping out much of human civilization. To make a planet-sized omelet, I suppose, you have to break a few billion eggs.

Like so many presidential campaign policy proposals, this preposterous idea is debated with a seriousness and solemnity it doesn't merit. What about all the people who will die as a result? "The mass extinction has already begun," explains one proponent of the release-the-monsters strategy, "and we are the cause." In other words, think of all the people who will die if we don't set loose the flying fire demon.

"You're murdering the world!" cries one of the movie's pro-human heroes, agog at the deadly havoc the monsters will wreak. Thus, the movie is staged not only as a series of monster-on-monster brawls, but as an ideological battle between the rival factions of "Actually, Mass Murder By Monster Is Objectively Good," and "Are You Freaking Kidding Me?" In this way, and only this way, the film rather accurately captures the lopsided character of many real-world political debates.

King of the Monsters isn't a very good movie. The script is filled with clunky dialogue. ("Serizawa got that lizard juiced up!" exclaims Bradley Whitford, in a line that makes exactly as much sense in context.) And like so many modern blockbusters, it's larded with unconvincing computer-generated effects that would feel more at home in a video game. Finally, it's disappointing, though understandable, that the film couldn't be titled Remember the Titans.

But it does offer yet another data point supporting my friend Sonny Bunch's contention that radical environmentalists make effective movie villains because they want to make life worse for humans, in this case by allowing a bunch of CGI lizards to destroy Boston, Washington, and a host of other cities around the globe. Municipal governance is often frustrating, it's true, but the presence of a roving troop of skyscraper-sized murder lizards in major world cities, I am fairly certain, counts as worse.

The human culpability in the movie's urban destruction, however, seems to suggest an answer to the larger question it raises: Are people worse? Or are the giant monsters? As President Obama might have said: That's a false choice.