Alabama is one of the least transparent states in the U.S. when it comes to civil asset forfeiture. That could be changing. 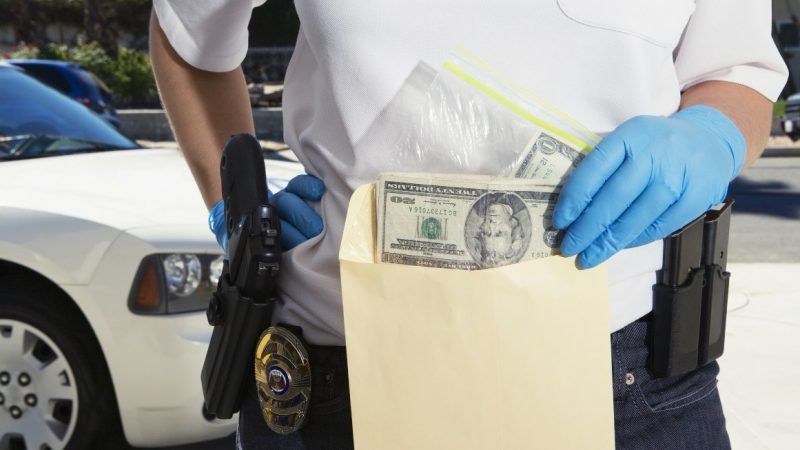 The Alabama legislature passed a bill Thursday requiring police departments and district attorneys to report how much property they seize, and how much of their budget comes from forfeiture revenues.

After passing the Alabama House and Senate unanimously, the bill now awaits a signature from Republican Governor Kay Ivey. If signed into law, the bill would increase the transparency surrounding the contentious practice of civil asset forfeiture, which allows police to seize property—cash, cars, even houses—suspected of being connected to criminal activity.

"This bill will go a long way toward informing the people of Alabama how policing for profit affects their communities, small businesses, and law enforcement priorities," Carla Crowder, executive director of the Alabama Appleseed Center for Law & Justice, said in a press statement. "Once this bill becomes law, Alabamians and our elected leaders will finally know which law enforcement agencies are profiting from forfeitures, how much they are taking in, and how they are using those proceeds. We look forward to finally having that data."

More than half of all states have passed some form of civil asset forfeiture reform over the past five years in response to bipartisan concerns that the laws have too few protections for property owners and too many perverse incentives for police departments. Police groups, however, often oppose these reforms. They say civil asset forfeiture is a vital tool to disrupt drug trafficking and other organized crime by cutting off the flow of illicit proceeds.

Alabama had virtually no public reporting surrounding the practice until earlier this year when the Alabama District Attorneys Association announced a voluntary reporting program for civil asset forfeiture. The Institute for Justice, a libertarian-leaning public interest law firm that has challenged asset forfeiture laws in several states, gave Alabama an "F" grade for its asset forfeiture transparency.

As a result, Alabama police have among the least oversight in the country when it comes to seizing property. For example, Reason reported on the civil forfeiture case of Greg and Teresa Almond, an Alabama couple who filed a federal civil rights lawsuit against the Randolph County Sheriff's Office in March after a 2018 drug raid upturned their lives and left them homeless, all for misdemeanor marijuana possession:

The search only turned up $50 or less of marijuana, which the Almonds' adult son tried in vain to claim as his, and a single sleeping pill outside of a prescription bottle with Greg's name on it. The Almonds were arrested and charged with misdemeanor drug possession for personal use. However, deputies also seized roughly $8,000 in cash, along with dozens of firearms and other valuables, using civil asset forfeiture, a practice that allows police to seize property suspected of being connected to criminal activity.

The arrest came at the same time that the Almonds were trying to refinance the loans they had taken out to start a chicken farm, and as a result, they say they missed a crucial bank deadline, resulting in their house being foreclosed upon. They now live in a utility shed.

The Almonds' suit claims the Randolph County Sheriff's Department used excessive force; stole, lost, or failed to inventory their missing property; and violated their constitutional protections against unreasonable searches and seizures, as well as their right to due process.

A judge later dismissed the criminal charges against the Almonds and ordered their property returned.

Because of the lack of transparency, it's hard to track exactly how civil forfeiture is used in the state, but a 2018 report by the Southern Poverty Law Center and the Alabama Appleseed Center for Law & Justice found that Alabama law enforcement raked in roughly $2.2 million through civil asset forfeiture in 2015. In a quarter of those cases, representing $670,000 in seized assets, no criminal charges were filed. In half of all asset forfeiture cases that year, the amount of cash was $1,372 or less—too little for most people to bother hiring a lawyer to recover.

Republican state Sen. Arthur Orr's bill, as originally introduced, would have required a criminal conviction before property could be forfeited. Had it passed in that form, Alabama would have joined four other states that have essentially abolished civil asset forfeiture.

However, the bill was pared down to include only the new reporting requirements."The original version of this bill showed the path to real reform," Robyn Hyden, executive director of Alabama Arise, an organization that supports civil asset forfeiture reform, said in a press release. "It would have required a felony conviction before property became subject to forfeiture in most cases. It also would have required the state to meet a higher burden of proof in connecting property to a crime. And it would have mandated a detailed, publicly searchable database laying out the full scale of seizures in the state. These reforms are still needed, and we'll continue to fight for them."