The Trump Administration has cut off funding for the budget-busting boondoggle. 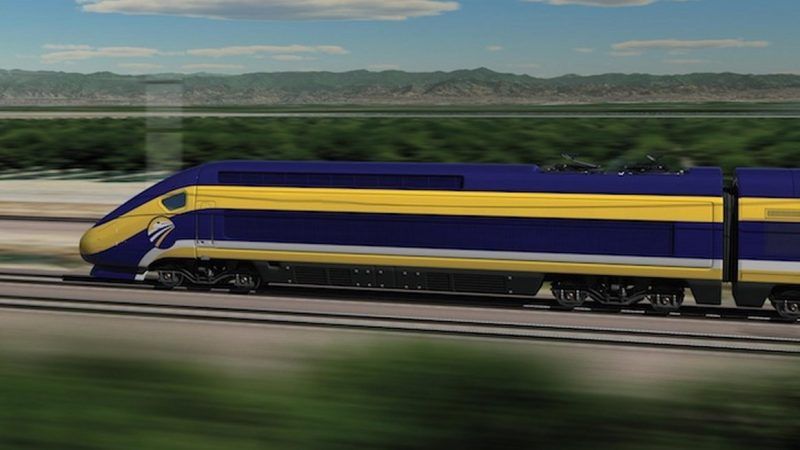 Much like the dragons of "Game of Thrones," this is a computer-generated image that will never be real. (California High Speed Rail Authority)

Today the state of California filed a lawsuit against the Trump administration after the feds cut off funding for California's high-speed rail project.

Neither the funding cut nor this lawsuit should come as a surprise. This doomed boondoggle is billions of dollars over budget and years (possibly even decades) behind schedule. Voters originally approved setting aside $10 billion in bond money, yet the project now exceeds $75 billion. In February, Democratic Gov. Gavin Newsom acknowledged that it wasn't a realistic plan and suggested some scaling back of the longer-term prospects of the whole thing.

But not all the money was coming from the state. The Department of Transportation was providing about $3.5 billion in federal stimulus. California has spent $2.5 billion of this money. Last week, the feds announced that, due to the California High-Speed Rail Association's poor management and oversight, they were cutting off the remaining $929 million that hasn't been provided yet. And the feds may even attempt to demand back the money that California has already spent.

This, of course, is not sitting well with officials in California, and today the state filed its promised legal challenge. Newsom's office filed suit in U.S. District Court and is seeking a restraining order to keep the Transportation Department from shifting the promised money to a different purpose or project. Reuters notes that California is going to try to make it about political differences:

The problem with trying to make the narrative about Trump vs. California is that there is extensive, documented history of mistakes, excesses, and mismanagement originating from within the Golden State itself. The term "scathing audit" was tossed around to describe the state auditor's report last November detailing the bullet train's budget overruns and extensive delays. That's not an exaggerated Trump tweet, folks.

I'm not going to make any guesses about the fate of this legal fight. I will, however, point out that several Democratic presidential contenders are showing support for the Green New Deal, which encourages the development of high-speed rail routes across the country as an alternative to highways. It would not surprise me if the ultimate plan is to try to just tie this up in the courts until next year in the hopes that a friendlier president will sweep into the Oval Office and turn that federal money spigot back on.