Kamala Harris Is Dodging Hard Questions About Medicare for All

Single-payer would eliminate private health insurance as we know it today. 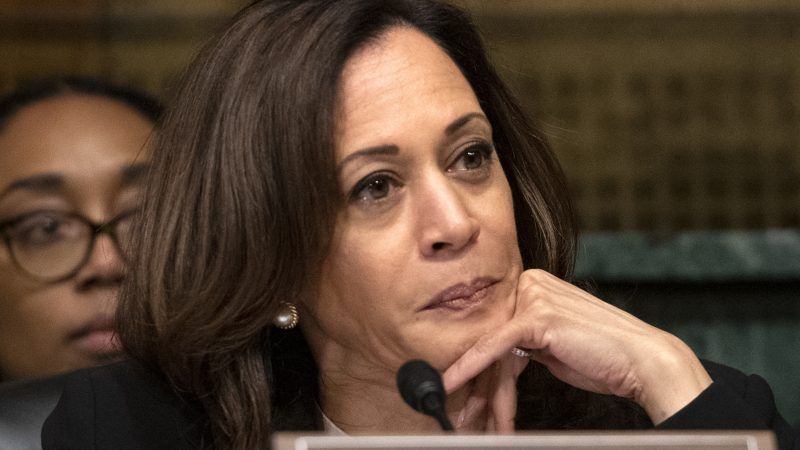 In theory, Medicare for All is more popular than ever. Polls show that a majority of the country favors the idea, which, as proposed by Sen. Bernie Sanders (I–Vt.), would set up a single-payer health care system that would make the government the financier of nearly all health care in the United States. Some surveys have even found that a surprisingly large percentage of Republicans are open to the idea.

But those same surveys consistently reveal that support for Medicare for All falls apart as soon people hear that it would raise taxes, result in delays for care, and eliminate private insurance—all of which are likely outcomes of a transition to single-payer. The public, in other words, favors the non-specific, cost-free idea of Medicare for All, but not the practical reality and the many trade-offs that it would necessarily entail.

This represents something of a problem for Democratic presidential hopefuls, who want to be seen backing Medicare for All, which is popular, but not its consequences, which aren't. Some, like Sen. Amy Klobuchar (D–Minn.), have attempted to thread the needle by saying that Medicare for All is "aspirational," or, like Sen. Corey Booker (D–N.J.), painting it as a long-term goal rather than a pragmatic possibility. Others, like current poll-leader Joe Biden, have said they support an expansion of Medicare, allowing more people to buy in—but not the strict single-payer variant proposed by Sanders.

And then there is Sen. Kamala Harris (D–Calif.), who has settled for evasive squabbling about precisely what Medicare for All would do.

In an interview with CNN's Jake Tapper, Harris argued against the notion that the plan would wipe out private health insurance, insisting that it would allow for supplemental coverage.

This is both technically true and mostly disingenuous. It is, at very best, a dodge. Although the Sanders plan would allow for very limited private coverage on top of the government plan, the space for such insurance would be vanishingly small, restricted mostly to cosmetic procedures.

The sort of comprehensive private coverage that nearly 180 million Americans have today would be completely eliminated. Private health insurance as we know it would be outlawed in the space of just four years. That is an essential and longstanding part of the Sanders plan. Instead of acknowledging this, Harris opted to argue about a technicality.

That private coverage would go away is not really a matter of dispute, or a result of some arcane reading of the legislation. Even Bernie Sanders himself has touted the elimination of private insurance as a feature of his plan.

Harris certainly knows this. As recently as a few months ago, she approvingly accepted the notion that Medicare for All would eliminate private coverage. She even made the argument that doing so would be a good thing.

In a separate interview with Tapper in January, she was asked about eliminating private coverage under Medicare for All. In response, she cast insurers as frustrating bureaucratic middlemen that she wanted to get rid of. "Let's eliminate all of that," she told Tapper at the time. "Let's move on." First, she wanted to get rid of private insurance and move on; now, she wants to argue over whether or not the bill eliminates every last tiny bit of private coverage.

This is a revealing moment. The politics of Medicare for All have placed Democratic presidential hopefuls in a genuinely tricky spot. And the various ways in which Harris' rivals have attempted to navigate the issue suggest that, over time, the party is likely to settle for something less than full-fledged single-payer, even as a core group of diehards remain in support of the idea.

Harris' evasive response, in contrast, mostly tells us about Harris. And what it suggests is that she would rather avoid acknowledging or defending the policy trade-offs she apparently favors—and would prefer to distract and mislead people instead.

Medicare for All Kamala Harris Election 2020