Charges Dropped Against Florida Man, Because the First Amendment Protects His "I Eat Ass" Bumper Sticker

No ifs, ands, or butts about it. 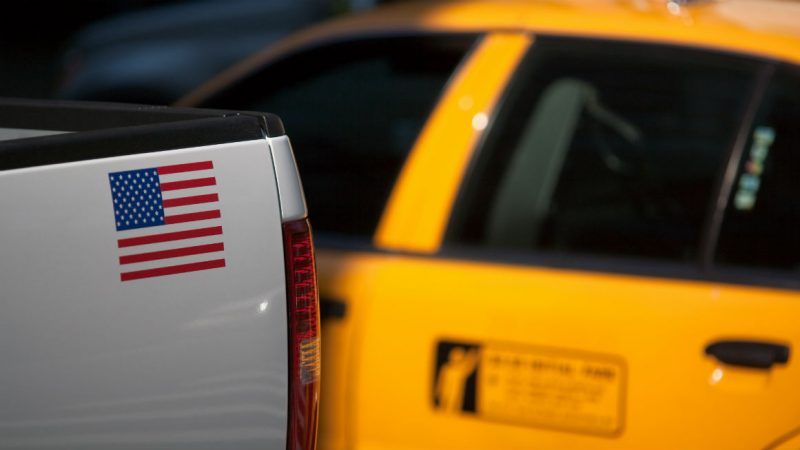 Certified Florida Man Shane Dillon's choice of bumper sticker has produced a unique victory in the fight for free speech.

The 23-year-old Lake City resident was driving along U.S. Highway 90 last Sunday when a deputy from the Columbia County Sheriff's Office noticed his "I eat ass" bumper sticker. The sticker, the deputy concluded, violated the state's obscenity law. After Dillon refused to remove part of the sticker to censor the word "ass," citing his First Amendment right to free speech, the deputy arrested him and charged him with "obscene writing on vehicles and resisting an officer without violence."

On Thursday, the State Attorney's Office said that it would not prosecute Dillon for either charge. Any prosecution, the office determined, could be met with a valid First Amendment defense.

Earlier this week, The Volokh Conspiracy's Eugene Volokh analyzed both Dillon's arrest and the obscenity law cited by the arresting officer. Volokh concluded that Fla. Stat. § 847.011(2), the law in question, is "unconstitutionally overbroad and thus invalid." The sorts of offenses listed in this legislation have been deemed constitutionally protected ever since Stanley v. Georgia (1969). Volokh also notes that the simple statement on the bumper sticker does not arouse the same intentional "sexual responses" as, say, pornography. So Dillon's sticker does not fit the Supreme Court–accepted definition of obscene material.

Volokh also observes that Dillon's refusal to remove a single letter from his bumper sticker does not match the definition of resisting arrest.