High taxes and harsh regulations lead to a $223 million cut in budget projections. 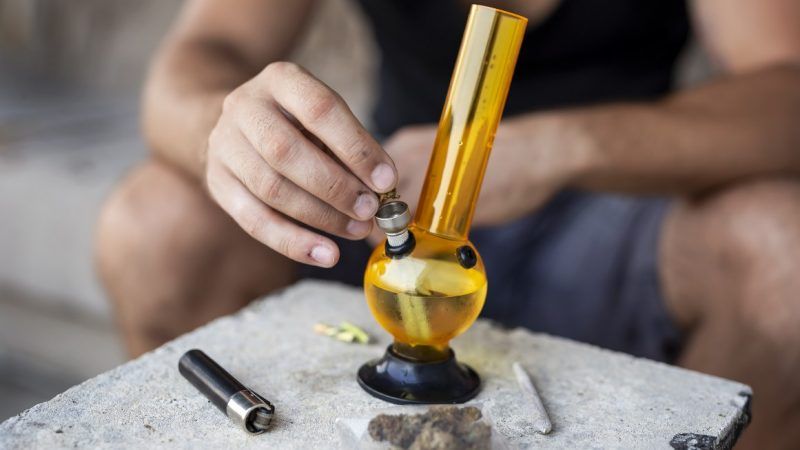 This week Gov. Gavin Newsom's administration cut $223 million out of the state's projections of tax revenue from marijuana sales through June 2020.

At this point, that's not a surprise. Between its extremely high tax rates and its foot-dragging in vendor licensing, California has done such a terrible job implementing marijuana legalization that it made only half the taxes over the first year that the authorities projected—$345 million rather than $643 million. The Golden State has made it such a nightmare for consumers to buy legal recrational marijuana and for vendors to sell it—so much so that the state still has a massive black market. In some communities, according to the Associated Press, half of all marijuana purchases still take place illicitly.

This isn't entirely due to the state's huge excise taxes, but Sacramento still deserves a good chunk of the blame. It set high tax rates, then gave cities and counties the authority to charge additional taxes and to control the local licensing. And some cities have done an awful job of actually letting legal marijuana sales happen. Los Angeles, for example, has been so bad about licensing vendors that illegal dispensaries continue to operate, prompting the possibility of an expensive police crackdown that will perpetuate the drug war rather than end it.

And that's just in the communities that are allowing vendors. The state law also gives municipalities the authority to say no. Those cities' citizens can still grow their own or buy it elsewhere, but towns can stop marijuana shops from opening entirely.

Newsom is aware of this issue, and he has complained that such cities are depriving the state of tax revenue. Oh, and depriving citizens of the ability to buy marijuana legally. But, really, you know this is all about the money.

There is a bill to cut state-level taxes for a few years, which lawmakers hope will incentivize the development of legal marijuana businesses and reduce the need for black market sales. That legislation, AB 286, passed through the Assembly's Business and Professions Committee at the end of April and has been referred to the Appropriations Committee.

While cutting pot taxes would be a great idea, Newsom and the California legislature are so hot to find more sources of revenue these days that we should be skeptical about the bill's future. Newsom has said that he wants harsher enforcement against people selling weed on the black market. Sacramento wants its pay day, even if it means perpetuating the drug war.

Below, ReasonTV explores how California's mishandling of marijuana legalization has kept a thriving black market intact: