A new frontier in rolling back drug prohibition 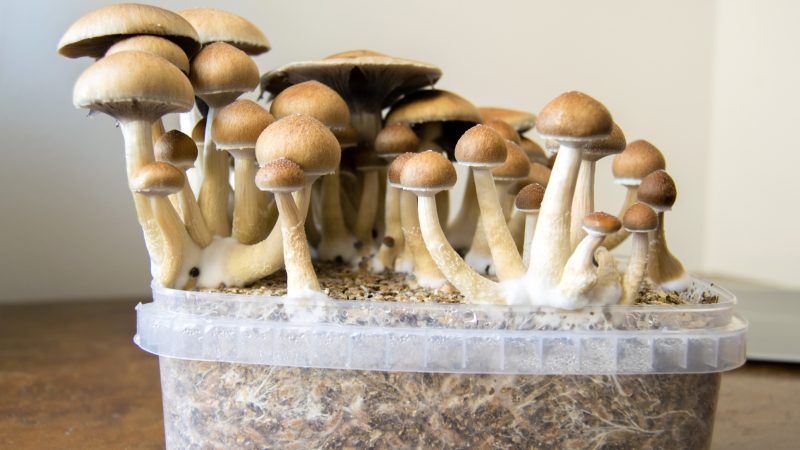 Colorado was one of the first two states to legalize recreational marijuana. Now Denver, the state's largest city, might be about to score another victory against the drug war.

When Denver residents head to the polls for municipal elections tomorrow, they'll be asked to vote on Initiative 301, which effectively decriminalizes the adult possession and use of psilocybin mushrooms in the city.

"No person should face severe criminal penalties for possessing a mushroom," says Kevin Matthews, campaign manager for the Denver Psilocybin Initiative, the official campaign for Initiative 301. "People can really lose their jobs, their livelihoods, and their families for something that occurs naturally."

The federal government classifies psilocybin mushrooms as a Schedule 1 drug, making their possession, sale, or distribution illegal nationwide. Colorado state law likewise makes the possession or use of a controlled substance—including mushrooms—a misdemeanor punishable by a maximum penalty of 12 months in jail and a $750 fine. The sale of any amount of psilocybin mushrooms is also a felony under state law.

According to The Washington Post, Denver police have arrested about 50 people a year in the last three years for the sale or possession of these mushrooms, and they have pursued charges against 10.

Initiative 301 would instruct city and county officials to treat psilocybin mushroom use, possession, or home growing by those 21 and older as "the lowest law enforcement priority" would and forbid the city from spending tax money pursuing criminal penalties on these same adults. Local police and prosecutors could still enforce laws against psilocybin sales.

The measure would also establish a Psilocybin Mushroom Policy Review Panel that would study the effects of decriminalization and then make policy recommendations.

The language of the ballot initiative hews pretty closely to a 2007 marijuana decriminalization measure that passed in Denver back when pot was still illegal in the state.

For Matthews, psilocybin's low potential for abuse and its many reported medical benefits make any criminal sanctions on its use inappropriate.

"Psilocybin is non-addictive. In many ways it's anti-addictive, and it has this tremendous medical potential that's been demonstrated in clinical trials over the last twenty years," he says.

Studies conducted by the University of Alabama, John Hopkins University, and Imperial College London have all suggested that magic mushrooms have the potential to help treat depression, alcoholism, and other mental health issues.

"Why are we spending any resources criminalizing even just one person for possessing something that can be so valuable?"says Matthews.

Magic mushrooms can also be really fun for some users, which according to Reason's Jacob Sullum is more than enough of a reason to legalize them.

Psilocybin advocates have been gaining momentum in more places than just Denver. Advocates in both California and Oregon are working to get similar decriminalization measures on their state ballots in 2020.

Matthews says he's optimistic about his initiative's chances, telling Reason that the yes side's canvassing efforts have encountered few die-hard opponents. There has been no polling on the initiative and there is no formal opposition campaign, so it's difficult to know how the votes will fall on election day.

In the meantime, the fact that a mushroom decriminalization measure is even on the ballot in the first place shows just how far views on drug legalization have shifted in the last decade.