Can the Damage Done by the CDC's Opioid Guidelines Be Reversed?

The agency’s acknowledgment of the suffering caused by its prescribing advice may be too little, too late. 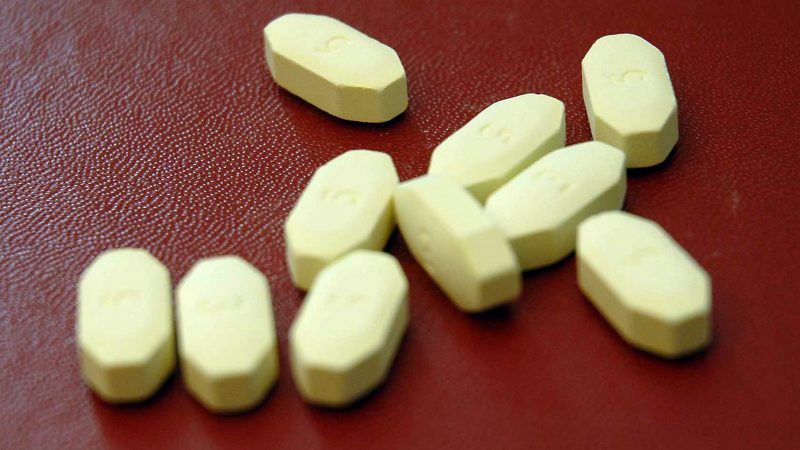 When the U.S. Centers for Disease Control and Prevention published its opioid prescribing guidelines in 2016, the American Medical Association worried about "unintended consequences," including "the potential effects of strict dosage and duration limits on patient care." Since then those consequences, including needless suffering, despair, and suicides caused by involuntary dose reductions and patient abandonment, have become painfully clear, as the authors of the guidelines finally acknowledged last week.

Writing in The New England Journal of Medicine, the guidelines' authors said their advice has been "misimplemented." But they took no responsibility for the unintended yet foreseeable results of their recommendations, and their warning may be too little, too late for the innocent victims of the government's cruelly misguided fight against opioid-related deaths, the vast majority of which involve illicit drugs rather than prescription analgesics.

The NEJM article echoed an April 10 letter in which CDC Director Robert Redfield emphasized that his agency "does not endorse mandated or abrupt dose reduction or discontinuation, as these actions can result in patient harm." Redfield was responding to a March 6 letter in which more than 300 health professionals and addiction specialists, including three former drug czars, expressed concern about the fallout from the CDC's guidelines.

The letter included reports from hundreds of patients around the country who have suffered as a result of policies and practices based on the guidelines. "Undertreated pain is killing me!" wrote a Syracuse, New York, patient with osteoarthritis and tethered spinal cord syndrome. "You don't know me, you don't walk in my shoes, you don't have my nerve damage, and you don't have to live with the thought of will today be the day that I kill myself because I can't take the pain anymore," said a patient in Washington, D.C.

"This policy is just cruel," wrote a woman in Albany, California. "Every patient is an individual and should be treated with care and respect so they can live a functional life—and not given inappropriate or ineffective medication."

When a document is as widely misconstrued as the CDC's guidelines have been—by insurers, regulators, legislators, pharmacists, and law enforcement agencies as well as clinicians—it is fair to ask how the authors left themselves open to misinterpretation. According to the guidelines, doctors "should avoid increasing dosage" above 90 morphine milligram equivalents (MME) per day "or carefully justify a decision to titrate dosage" above that level.

The implication is that doses of 90 MME or more per day are rarely, if ever, medically justified. It is hardly a stretch for physicians with patients who exceed this arbitrary threshold, including patients who have been functioning well on high doses for years, to worry that they will be perceived as practicing outside the bounds of proper medical care.

Given the scrutiny that regulators and law enforcement agencies have been applying to doctors in recent years, prescribing practices portrayed as extreme and dubious by the CDC are apt to attract unwelcome attention that could jeopardize a physician's livelihood and liberty. In this context, forced tapering and abandonment were predictable outcomes, even though the CDC guidelines say doctors should reduce doses only when the risks outweigh the benefits and describe the process as collaborative and consensual.

"We all warned of this outcome when the 'guidelines' were issued," says Mark Ibsen, an emergency medicine physician in Helena, Montana. "The CDC guidelines have been as harmful as predicted, and the silence over three years has been criminal."

Patrice Harris, the AMA's president-elect, worries that "the guidelines have been misapplied so widely that it will be a challenge to undo the damage." Lynn Webster, a former president of the American Academy of Pain Medicine, is even less optimistic.

"I am afraid that cultural attitudes, fears, misinformation, and prejudices are baked into the system," Webster says. "It may take a generation before a more sensible and compassionate approach to treating people in pain with opioids is established."