More sloppy mischaracterizations from Talia Lavin, who is indeed "too online." 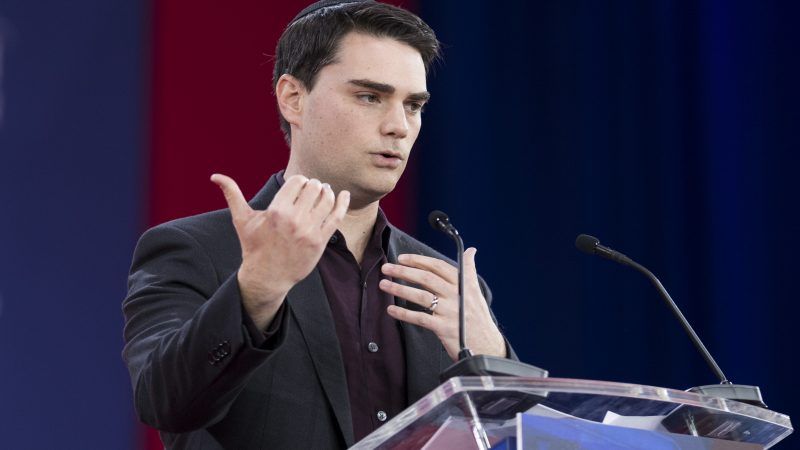 It did not take long for the far-right fringes of social media to declare that the Notre Dame fire must have been the deliberate work of radical Muslims hell-bent on destroying the West. The writer Talia Lavin, an adjunct at New York University, surveyed the spread of these conspiracy theories for a somewhat elucidating but also significantly flawed Washington Post article.

Lavin is right to criticize all those* who tried to spin this terrible tragedy as something deliberate and nefarious. But her criticism quickly veered off course when she wrongly blamed conservative pundit Ben Shapiro for fanning the flames of conspiracy:

Many figures on the right took the opportunity to turn Notre Dame into a metonym for Western civilization as a whole, intimating that far more than a cathedral was in peril. Just as the fire hit social media, conspiracy theorist and brain-supplements salesman Mike Cernovich dramatically tweeted that "The West has fallen." Shortly thereafter, fast-talking far-right pundit Ben Shapiro called Notre Dame a "monument to Western civilization" and "Judeo-Christian heritage." Given the already-raging rumors about potential Muslim involvement, these tweets evoked the specter of a war between Islam and the West that is already part of numerous far-right narratives; it was also a central thread in the manifesto of Brenton Tarrant, the alleged Christchurch, New Zealand, shooter.

Again, while some figures on the right were indeed evoking the specter of a war between Islam and the West, Shapiro did nothing of the sort. He merely remarked on Notre Dame's status as a historical building and religious symbol. (One can quibble with the term "Judeo-Christian," I suppose, but the observation that the cathedral is important to European people of faith is not unfounded.)

Shapiro took to Twitter to vent about the wrongful claims, and Lavin—who tellingly describes herself as "too online" in her Twitter bio—reacted childishly. WaPo posted a note acknowledging Shapiro's criticism but didn't really address it.

Media Matters upped the ante considerably, tweeting at Shapiro, "fuck you and the burro you rode in on." Lavin previously worked at Media Matters. Before that, she was a fact-checker for the New Yorker who resigned after wrongly accusing a wheelchair-bound ICE agent of having a Nazi tattoo. Between that and the Shapiro smear, it is beginning to seem like sloppy mischaracterizations are a staple of her output.

I don't think Lavin being wrong means she is unfit to teach journalism at NYU (it's never stopped a journalism instructor before), but I hope she doesn't bring these same tendencies—bad-faith assumptions and immature attacks on political adversaries—into the classroom. A timely reminder: If you describe yourself as "too online," you probably are.

UPDATE: This article initially claimed that Twitter personality Mike Cernovich was among the far-right figures spreading misinformation about Notre Dame. Cernovich disputes this, and pointed me to a video in which he talks about several recent attacks on European churches but notes that "I am not saying they are connected" to Notre Dame. He also says the fire was "probably an accident." I have removed the reference to him.