It Might Be the 'Heart of the Resistance,' but California Is Not Its Own Nation-state

But that might be news to some Californians, and even more of the state's elected and appointed officials. 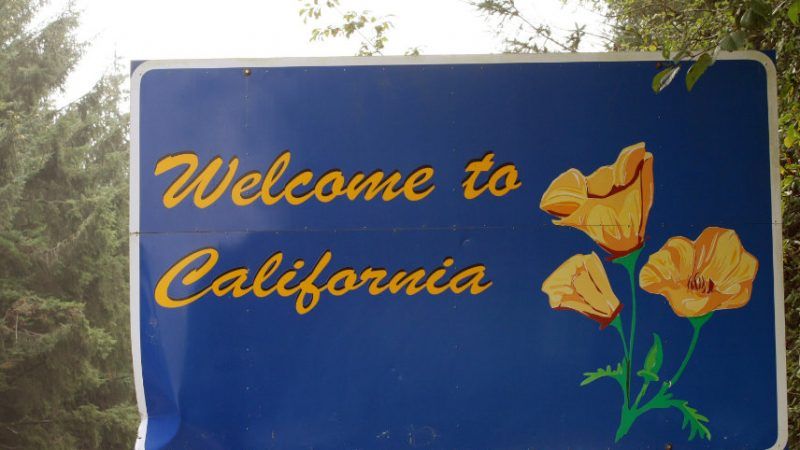 My local publicly run electric utility district is represented by an elected board of directors, none of whose names I know or care to know. The lights always go on and the monthly bill never is awful. Is the district run as efficiently as possible? That's doubtful, but who cares? Economists call this "rational ignorance." It's simply not worth the time and effort to learn much more about it given the limited payback such knowledge would yield.

That's my view toward the waste-disposal district, road district and levee board. It's also a model for what the state and feds should strive for. The founders envisioned a national government where it wouldn't matter if you didn't know the name of the president because the position's power was so limited that even a buffoon could handle it.

That train left the station more than 150 years ago. Now, every American not only knows the name of the president, but every half-baked and misspelled thought that pops into his head as he broadcasts it on Twitter. His enemies fume, and everyone argues endlessly about the latest nonsense. Other politicians grab the limelight to oppose the policies of the president. It's a never-ending cycle, especially for those of us living in California, the heart of the Resistance.

"Gov. Gavin Newsom has crystallized his vision of what California will look like in the Trump era: It won't just be the hub of the resistance against the president; it will be its own nation-state," wrote the San Francisco Chronicle's Joe Garofoli in February. This is the worst of all worlds. We not only have to put up with a publicity-seeking narcissist in the White House, we have to put up with one in the state Capitol, too. It was bad enough living in only one nation-state.

Two months later, we see that Garofoli was correct. Our new California government even has its own foreign policy now. Newsom just went to El Salvador to learn about the reasons so many Salvadorans make the dangerous trek to the California border. Columnist George Skelton offered an appropriately snarky answer: "Escaping poverty and bullies…have been root motivators forever." Newsom could maybe, he suggested, "read a book or do a little Googling." Or he could talk to some of the many Salvadorans living in California.

But these days, everything is about publicity, which confirms the old saw that politics is show business for ugly people. That quip applies better to the dowdy Trump than the dapper Newsom, but the point is accurate. And I write as someone who isn't totally opposed to either politician. Trump strikes me as morally reprehensible, but his judicial selections and de-regulatory policies are praiseworthy. Newsom is smart and likeable—and I agree with a few of his policies. But can't both men spend more time governing and less time posturing?

It keeps getting worse. Last week, California joined five other states and the District of Columbia in suing the Trump administration over its softening of federal nutritional standards to allow schools to provide fewer whole grains and more salt in their cafeteria meals. Real. Slowly. Now. School-lunch contents are the business of local school boards and principals, not presidents, governors, and attorneys general. This is not a state or federal issue.

That's at least the 47th lawsuit that the state of California has filed or joined against the Trump administration on issues ranging from ObamaCare to vehicle-mileage standards to the border "emergency." Some are legit, and others aren't, but it's hard to believe these are being filed mainly for constitutional reasons rather than to elevate California politicians to leading national political roles.

"I don't want to be a sparring partner with President Trump," Newsom said in February. "(B)ut he makes it all but impossible when he plays these games." I agree with Newsom on that border issue, but he should stick to the many state issues that require attention.

And I mean our state. Attorney General Xavier Becerra recently announced a California state-funded travel ban to South Carolina because of its new rule allowing publicly funded faith-based foster agencies to base decisions on religious belief. Whether one views the rule as discriminatory to gay parents or supportive of religious liberty, it's none of California's business. Nation-states have their own "foreign" policy, but they should never be too interventionist.

With the world's fifth-largest economy, California can seem like its own country. But its leaders should spend more time dealing with our own pension debts, crumbling roads, poor-performing schools, sky-high poverty rates, housing shortages and homeless crises, and less time with foreign visits and federal lawsuits. The president should pipe down, too, and deal with the nation's sprawling debt and spending problems. Maybe both men can learn from my local utilities district by just doing their jobs and leaving us alone.

This column was first published by the Orange County Register.