The CDC's advice has been widely interpreted as requiring involuntary tapering of medication so it does not exceed an arbitrary threshold. 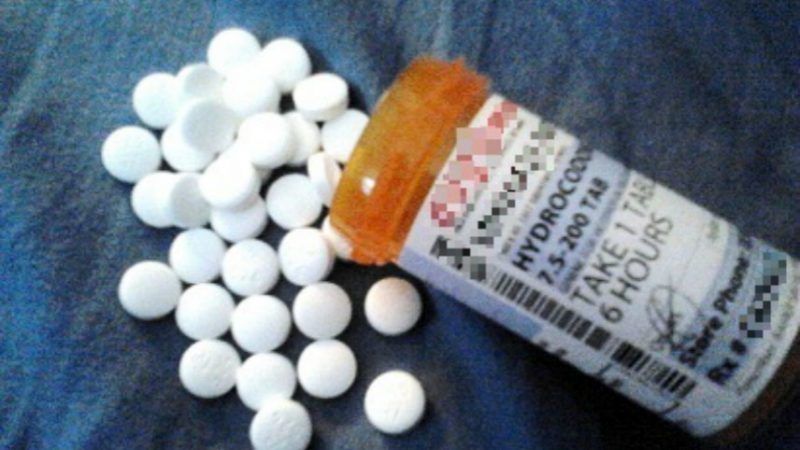 Acknowledging the suffering caused by "misinterpretation" of the opioid prescribing guidelines it published in 2016, the U.S. Centers for Disease Control and Prevention (CDC) yesterday sought to clarify that it never recommended imposing involuntary dose reductions on chronic pain patients. In a letter to physicians who had objected to that widespread practice, CDC Director Robert Redfield emphasized that his agency "does not endorse mandated or abrupt dose reduction or discontinuation, as these actions can result in patient harm." Redfield described several steps the CDC is taking to research the impact of its guidelines and correct misunderstandings that have led to abrupt withdrawal, undertreated pain, denial of care, and in some cases suicide.

"I have seen many patients harmed by widespread misapplication of the Guideline," said Stefan Kertesz, a University of Alabama at Birmingham pain and addiction specialist who helped organize a March 6 letter on the subject that was signed by hundreds of health professionals. Kertesz welcomed the CDC's response, which came the same day that the Food and Drug Administration (FDA) issued a warning about the risks of involuntary or fast opioid tapering.

"Bravo CDC and FDA!" Kertesz wrote on Twitter, calling it "a great day for patients with pain," since "two federal agencies have spoken forcefully AGAINST mandated or precipitous #opioid reductions in chronic pain patients." Sally Satel, a Washington, D.C., psychiatrist who worked with Kertesz on the letter to the CDC, said, "We are so grateful to the CDC for its essential clarification."

The CDC's guidelines, which were intended for primary care physicians, said doctors "should avoid increasing dosage" above 90 morphine milligram equivalents (MME) per day, or at least "carefully justify a decision to titrate dosage" above that level. But the CDC did not say that patients who were already taking daily doses higher than 90 MME, many of whom have been functioning well for years, should be forced below that threshold. Instead it said "clinicians should work with patients to reduce opioid dosage or to discontinue opioids" if they determine that the risks outweigh the benefits.

"The recommendation on high-dose prescribing focuses on initiation," Redfield writes. "The Guideline includes recommendations for clinicians to work with patients to taper or reduce dosage only when patient harm outweighs patient benefit of opioid therapy." Furthermore, "the Guideline also recommends that the plan be based on the patient's goals and concerns and that tapering be slow enough to minimize opioid withdrawal, e.g., 10 percent a week or 10 percent a month for patients who have been on high-dose opioids for years."

In its "safety announcement" yesterday, the FDA said it had "received reports of serious harm in patients who are physically dependent on opioid pain medicines suddenly having these medicines discontinued or the dose rapidly decreased." It said the consequences "include serious withdrawal symptoms, uncontrolled pain, psychological distress, and suicide."

Redfield said the CDC is communicating with providers and health systems to "clarify the content" of its advice, to "emphasize the importance of developing policies consistent with the Guideline's intent," and to "highlight recommendations within the Guideline, including tapering guidance, options for non-opioid treatments for chronic pain, and communicating with patients." The CDC is also conducting "systematic reviews of the scientific literature that has been published since the Guideline was released" and sponsoring "four extramural research projects that are examining unintended consequences of tapering and discontinuation."

The March 6 letter to the CDC included reports from hundreds of patients who have experienced those consequences. "Undertreated pain is killing me!" wrote a Syracuse, New York, patient with osteoarthritis and tethered spinal cord syndrome. "You don't know me, you don't walk in my shoes, you don't have my nerve damage, and you don't have to live with the thought of will today be the day that I kill myself because I can't take the pain anymore," said a patient in Washington, D.C.

"I am experiencing ridiculous effects from the CDC document as my doctors, including pain management specialists, are going to great lengths to deny my access to any kind of opioid," wrote a patient in Albany, California. "I'll probably be getting liver failure from taking so much Tylenol. This policy is just cruel. Every patient is an individual and should be treated with care and respect so they can live a functional life—and not given inappropriate or ineffective medication."

A patient in Little River, South Carolina, who suffers from chronic pain caused by failed back surgery, fibromyalgia, and Sjogren's syndrome, an immune system disorder, said she has "a kind wonderful pain doctor" who "can't give me enough medicine to control my pain" because of the way the CDC's guidelines have been interpreted. A patient with multiple painful conditions, including "sciatica, severe stenosis, osteoarthritis, fibromyalgia, degenerative disc disease, cervical disc degeneration, three bulging discs, two failed spinal fusions that left me with severe nerve damage, cholecystitis, pancreatitis, neuropathy, [and] radiculopathy," said she had been "abandoned" by her doctor even though she had been on "the same stable high dose" for six years.

Acknowledging the "personal testimonies from patients across the country," Redfield said, "We agree that patients suffering from chronic pain deserve safe and effective pain management. CDC is committed to addressing the needs of patients living with chronic pain while reducing the risk of opioid-related misuse, overdose, and death."