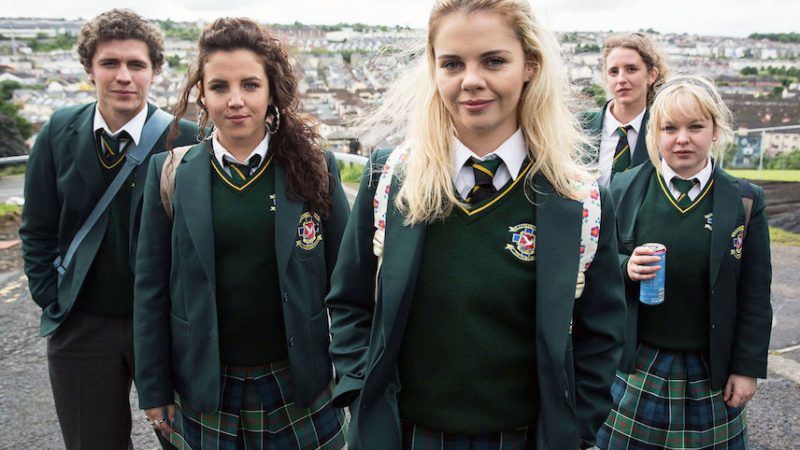 Crushes on priests. Terrorist stowaways on family trips. Faking religious miracles to avoid exams. Faking rebel robberies to dodge blame for booze-fueled mistakes. For the five teenage protagonists of Derry Girls, a TV series much beloved in Northern Ireland and now airing domestically on Netflix, the violent conflict known as "the Troubles" that plagued that nation in the 1990s are just another part of life—no more alarming than meddling nuns at school or the Ukrainian exchange student who hates fish and chips.

The result is a series that is frequently laugh-out-loud funny but also backdropped by historical intrigue and heightened stakes. As we watch Erin, her cousin Orla, and their friends deal with high school high jinks and casually process politics, creator Lisa McGee keeps the melodrama to a minimum, which gives the few genuinely serious moments extra emotional impact.

Otherwise, it's all humor of the sort United Kingdom denizens seem to do best—dry, bordering on the absurd—with a hefty streak of coming-of-age universality. Think Absolutely Fabulous or The Thick of It meets Freaks and Geeks.