Did Twitter Punish Criticism of Government Propaganda About Smokeless Tobacco?

After a harm reduction advocate slammed a hardy but misleading factoid, users who retweeted his message complained that they had been shadowbanned. 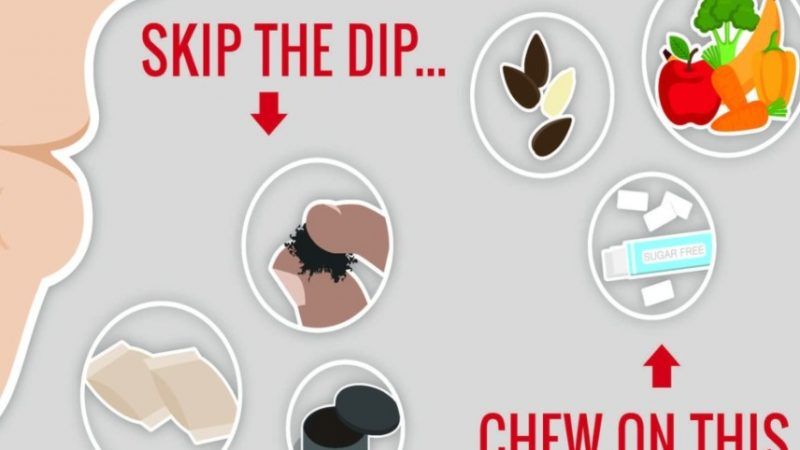 As you probably did not know, this is Through With Chew Week, an annual outburst of propaganda aimed at scaring people away from smokeless tobacco with warnings that are exaggerated, misleading, and in some cases simply false. Last week the Department of Defense anticipated the occasion by tweeting that "smokeless tobacco users are 50x more likely to get cheek, gum & mouth cancer vs. nonusers." That 50-times factoid, which dates back to a frequently misrepresented subanalysis in a 38-year-old study, lives on the border between highly misleading and flatly untrue. In this formulation it crosses that border.

Brad Rodu, a professor of medicine at the University of Louisville and a longtime advocate of smokeless tobacco as a harm-reducing alternative to cigarettes, has repeatedly tried to set the record straight on this talking point, and last Friday he tried again. "Your 50 claim is a complete fabrication by a staffer @theNCI," he tweeted back to the Defense Department's @ucanquit2 account. "Here is the explanation: https://tinyurl.com/yxjsnugd. Furthermore, a large federally-funded study documented that men who dip/chew had ZERO excess risk for mouth cancer. ZERO. http://tinyurl.com/hd8nd49."

After Rodu's reply, some weird things began to happen on Twitter. You can still see his tweet, but it does not show up in Twitter's search engine, although other posts by Rodu are still searchable. More than two dozen people who retweeted Rodu's correction of the Defense Department complained that their accounts were suddenly disfavored in several ways: Their handles did not show up as suggestions in searches for their accounts, their tweets were no longer searchable, and their reply tweets were hidden from other users. Complaints to Twitter Support, including one from Rodu, so far have gone unanswered. I emailed Twitter's press office about the complaints but have not heard back yet.

The shadow bans "likely resulted from a complaint by an authoritative anti-tobacco figure or agency," Rodu speculates. "While I understand that Twitter aims to protect the integrity of the information on its platform, in this case they sanctioned the wrong party."

In case you are skeptical about that last point, you can read dissections of the 50-times factoid by Rodu and epidemiology blogger Carl Phillips. The main issues (aside from the usual failure to address the relative hazards of smokeless tobacco and cigarettes) are the kind of smokeless tobacco used by subjects in the study (dry snuff, which is rarely used today and seems to be more hazardous than the moist snuff products that are currently much more popular), the decision to focus on one very rare form of oral cancer (as opposed to oral cancer in general), and the frequency and duration of dry snuff use by the subgroup of women to which the number applied (all day long for more than 50 years). These considerations mean the Defense Department's claim about the risk to "smokeless tobacco users" is clearly wrong.

In 2010 Wall Street Journal columnist Carl Bialik reported that the American Cancer Society said it would stop citing the 50-times factoid. As Rodu noted, the ACS was still using the number later that year. But the claim no longer appears in the organization's discussion of the risks posed by smokeless tobacco.