Texas Woman, 61, Dies in Jail After Sitting There for Months over $300 Bail Order

She had a history of mental illness, and was arrested for misdemeanor trespassing in July. 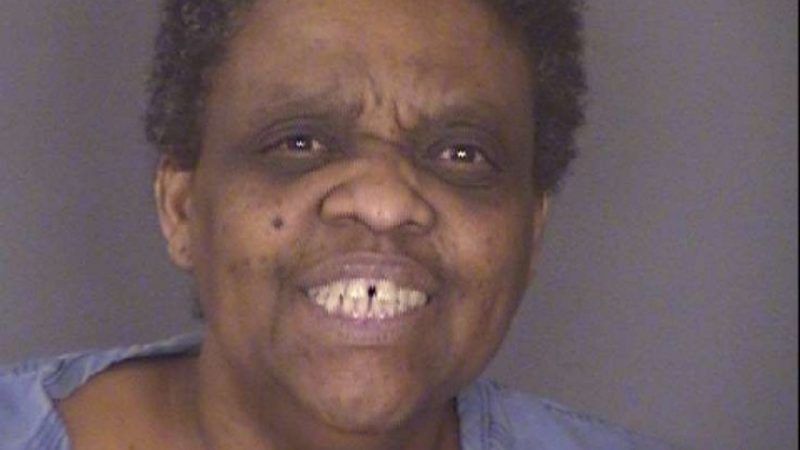 Janice Dotson-Stephens, 61, died in jail on Friday after living there for months because nobody paid $30 to a bondsman to cover her bail.

Dotson-Stephens was arrested in Bexar County, Texas, in July for criminal trespassing, a misdemeanor. Her bail was set at $300. But she didn't arrange for payment ($30 if she had gone through a bail bondsman), and according to court records she was simply refusing to talk or be interviewed.

A psychiatric evaluation was ordered in August, but she remained in jail until she died, reportedly of natural causes, in the jail infirmary on Friday afternoon.

On Monday, family members said they didn't even know she was in jail or they would have come bail her out. Dotson-Stephens, it turns out, does have a history of mental illness. She's been arrested before, her daughter-in-law told KSAT12 in San Antonio, but they always transferred her to a state hospital after evaluation rather than prosecuting her. That's actually where her family thought she was all this time.

A spokesperson for Bexar County told the station that Dotson-Stephens hadn't indicated a next of kin, and transferring her to the state hospital requires a court order. That response raises the question of why they didn't have her next of kin, given her apparent previous run-ins with police. And what happened after she was ordered to a psychiatric evaluation?

Her curious imprisonment and death also implicates the thoughtless, mechanized way that court systems make pretrial detention decisions and why exactly so many criminal justice advocates have been pushing for reduced dependency on (or the complete elimination of) cash bail. Why was any money demanded of Dotson-Stephens in order to be free from jail at all? She didn't have a record and her previous arrests were all tied to mental health issues and handled outside of the criminal justice system. Did a judge or magistrate consider her a flight risk? In all likelihood she was never actually considered at all and her pretrial detention was the result of a clockwork system where courts simply assign dollar amounts to various crimes (even low-level ones) and tell people to pay up or rot in jail for days, weeks, even months.

In this case, poor communication kept Dotson-Stephens in jail, but there are thousands of Americans stuck in pretrial detention in jails across the country. They haven't been convicted yet, but they're essentially serving time because they lack the money to pay for their freedom. The end result here is that poorer people frequently end up pleading guilty and accepting harsher punishments for crimes than they would have otherwise simply to get out of jail, and end up getting saddled with a record and other bad consequences.

And in Dotson-Stephens' case, the thoughtless mechanisms of Bexar County's pretrial system highlights exactly why these same criminal justice reform advocates want to see bolstered resources available in pretrial services. They want in place ways to intervene early to help people who have drug addictions find resources to help them when they get arrested. And they want the courts to react more quickly when somebody with mental health issues like Dotson-Stephens ends up in police custody. Jails are generally not well equipped to deal with mental health issues. And yet, many get shoved into cells, often for minor crimes just as what happened with Dotson-Stephens, and avoidable tragedy is the end result.

The circumstances behind Dotson-Stephens' death are now under investigation by county officials and the police department of the nearby town of Converse, Texas. An interesting detail that explains the Converse Police Department's involvement: People may recall the suicide of Sandra Bland, who hanged herself in a Texas jail cell in 2015 after a state trooper arrested her following a petty argument at a traffic stop.

In 2017, Texas lawmakers passed the Sandra Bland Act, which requires that outside law enforcement agencies investigate jail deaths. That's why Converse's police are being brought in. The law also requires that county jails divert people with mental health and substance abuse issues to treatment. According to the text of the law, this process was supposed to start within 24 hours of Dotson-Stephens' arrest. The magistrate was supposed to have a written assessment of Dotson-Stephens' mental health situation within 10 days and can order an uncooperative defendant (which they claim she was) to an examination at a mental health facility within 21 days. That doesn't seem to have happened here. The question is why and whether she'd still be alive if the county had followed what the law demands.