Packages may be meant to spread fear, not harm, say investigators. 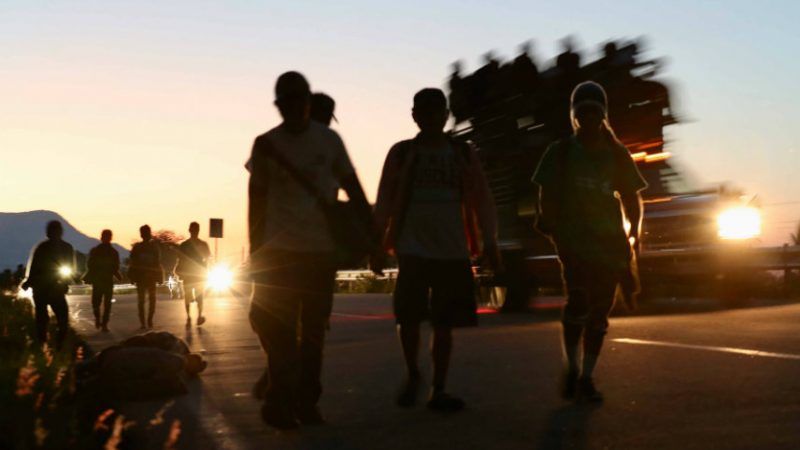 Two more potential explosives found Friday morning. Federal investigators are looking into the wave of potential explosives sent to prominent liberal politicians, donors, and former officials this week. Three more suspicious packages have been found since yesterday morning, including one addressed to Sen. Cory Booker, one to former intelligence chief James Clapper, and one to former Vice President Joe Biden (his second; both were intercepted at New York mail facilities yesterday).

The Los Angeles Times reports that "two people with knowledge of the investigation" say investigators "now suspect that either a would-be bomb maker is inept or the packages were intended to spread fear rather than inflict injury or death," since none of the devices found have ignited.

But the "sources warned Thursday that additional devices…are believed to be within the postal system" and may not all be so harmless. New York Police Commissioner James O'Neill said at a press conference: "As far as a hoax device, we're not treating it that way."

Three additional packages have been found since yesterday morning, including one addressed to Sen. Cory Booker, one to former intelligence chief James Clapper, and one to former Vice President Joe Biden (his second). This brings the total so far to 12.

Meanwhile, the big concern at the White House is still the Central Americans coming here to seek asylum. President Donald Trump has authorized sending up to 1,000 additional U.S. troops to the southern border, and he is now considering whether to shut down immigration for people from Central America, similar to his play with several predominantly Muslim Middle Eastern countries last year. From The Washington Post:

Under U.S. law, foreign nationals fleeing persecution have the right to apply for asylum once they reach American soil, but the executive order under consideration would suspend that provision and bar Central Americans as a matter of national security, according to those familiar with the proposal.

With the midterm elections two weeks away, Trump has seized on the migrant caravan as a vehicle for his own campaign messaging, depicting the Central American families as dangerous criminals and Democrats as their enablers.

Yesterday, Trump tweeted: "To those in the Caravan, turnaround, we are not letting people into the United States illegally. Go back to your Country and if you want, apply for citizenship like millions of others are doing!" But applying for asylum is legal—and can only happen from U.S. soil. And asylum is the only chance for many in the migrant caravan.

The president, whose signature issue is supposedly immigration, thinks that anybody all over the world can sit down and "apply for citizenship" of the United States.

At the Cato Institute blog, immigration analyst Alex Nowrasteh notes that "not a single terrorist in any visa category came from Mexico or Central America" between 1975 and 2017.

Breitbart is suing over anti-advertising campaign. Advertisers have been dropping Breitbart News en masse after a campaign from the group Sleeping Giants. The campaign features screenshots of ads next to Breitbart text, and it encourages people to share these with the advertisers on social media. Now the company has filed a lawsuit against Sleeping Giants. "Breitbart's representative writes that potential claims against Sleeping Giants include violation of the Lanham Act (the federal trademark protection), tortious interference, and 'unfair, fraudulent, and deceptive practices intended to cause Breitbart economic harm,'" notes Columbia Journalism Review.

The company's letter (which has also been published on Breitbart News) goes on to say that Breitbart believes Sleeping Giants "has sought to deceive the public and, in particular, purchasers of online advertising, by making false, deceptive, and disparaging claims about Breitbart" and has run a "highly-orchestrated, partisan campaign whose organizers have proven willing to use deception and harassment."