Plus: Another one of NYU professor Avital Ronell's teaching assistants talks, and Tucker Carlson goes after Amazon. 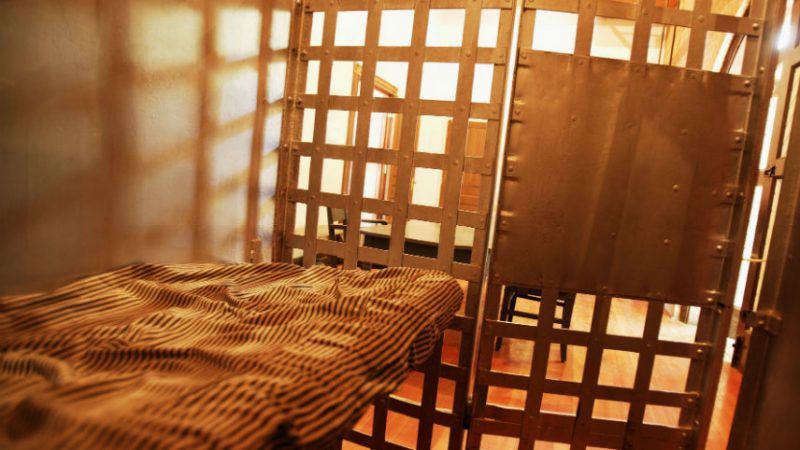 The Tribune headline describes it a "national sex trafficking crackdown." But let's do the math from the figures it gives us:

This "national sex trafficking operation" has a zero percent success rate if the goal is, you know, actually catching sex traffickers. Even counting the six alleged pimps, these arrests make up less than 1.3 percent of the total arrests reported (and that's without including sex workers arrested in the course of these stings).

The focus for police here is allegedly on "rescuing children." But either there's drastically fewer minors in need of rescuing than they say or they've barely bothered to make a dent in the problem, instead squandering resources, attention, and action on shaming adults who seek consensual commercial exchanges with other adults.

In stings that spanned cities across the country for an entire month (July 25 to August 26), 11 teenagers were found to be working in prostitution.

Of the 473 "john" arrests, just 10 are accused of agreeing to go forward with the encounter once an undercover cop posing as a sex worker "admitted" to being underage.

The stings are organized by "abolitionist" Swanee Hunt and Cook County Sheriff Tom Dart; this is the 16th of the semi-annual operations*, launched in 2011. You might remember Dart from his blatantly unconstitutional war on Craigslist and Backpage for their adult ads, or Hunt from the time she paid Seattle prosecutors to frame the bust of an escort web forum as the takedown of a "sex trafficking ring."

Hunt, Dart, and their ilk frame these as productive despite the dearth of actual victims because they say they're "ending demand" for "child sex trafficking." But as sting after sting like this shows, the demand just isn't there. Prostitution among adults is popular; paying minors for sex is not, thank goodness. And to the extent that there are people out there seeking such things out and profiting off of them, stings like this don't work to catch them.

After nearly a decade of doing this annual "anti–sex trafficking" charade, it's time to stop letting zealots like these two not only destroy the lives of innocent people but hijack police and media focus for their weird authoritarian ends.

Some departments are starting to wise up and opt out. For instance, after two years of participation, the McClennan County Sheriff's Office in Texas decided not to participate. Said Chief Deputy David Kilcrease: "The john suppression effort is…primarily all misdemeanors. We've proven we can fill our books with misdemeanor arrests that are time-consuming to do," but it pulls focus from folks actually instigating exploitation.

An interesting essay on Avital Ronell, the New York University professor recently accused by a former student of long-term sexual harassment, was written by another one of Ronell's former teaching assistants, who asserts that "it is simply no secret to anyone within a mile of the German or comp-lit departments at NYU that Avital is abusive. This is boring and socially agreed upon, like the weather."

Academic celebrity soaks up blood like a pair of Thinx. A letter to NYU's president, Andrew Hamilton, a draft of which leaked in June, argued that Avital's "brilliant scholarship" qualified her for special treatment. The 51 signatories included giants of feminist theory like Judith Butler and Gayatri Spivak, as well as my department chair—and the professor who emailed to "encourage" me to play nice with Avital. (Butler has since issued some tepid regrets.)

Meanwhile, on social media and on their blog, the queer-studies scholars Lisa Duggan and Jack Halberstam dismissed the blowback against Avital as neoliberalism meets sex panic meets culture clash, straight people apparently being unable to decipher the coded queer intimacy of emails like "I tried to call you a number of times, unfortunately couldn't get through, would have liked to leave a msg" [sic].

That Avital's defenders are left-wing academic stars is not particularly surprising if you've spent much time in the academy. The institution has two choices when faced with political radicals: Ax them, especially if they are graduate students, or promote them. Make them successful, give them awards, power, enormous salaries. That way, when the next scandal comes along—and it will—they will have a vested interest in playing defense.

This is how institutionality reproduces. Even the call to think critically about power becomes a clever smoke screen. There is a whole dissertation to be written on intellectuals using the word neoliberal to mean "rules I shouldn't have to follow."

Read the whole thing at The Chronicle of Higher Education.

Amazon is the new Walmart, Republicans are the new left:

Jeff Bezos is the richest man in the world. Many of his employees are so poor, you're paying their welfare benefits. And he's not the only tech billionaire offloading his payroll costs onto taxpayers. This is an indefensible scam. Why is only Bernie talking about it? pic.twitter.com/PdXBfQsHsq

Big banks purportedly closing immigrant accounts. It's been going on with other groups that anger the prevailing administration (for Obama, it was sex workers and gun sellers) for years:

Banks always deny this, but it's been something that's been done routinely to sex workers for years, so don't believe them, this is clearly political. It's a very effective way of destabilizing vulnerable people's lives. https://t.co/vtZ1jYoEGV

They're trying to deport American citizens. By the hundreds. If your reaction to this isn't anger and outrage, but whatabboutism and an urge to attack the media, consider the possibility that politics has devoured your soul.

Correction: This post originally said this was the 16th annual National Johns Suppression Inititaive; it is the 16th initiative, but operations take place twice annually.