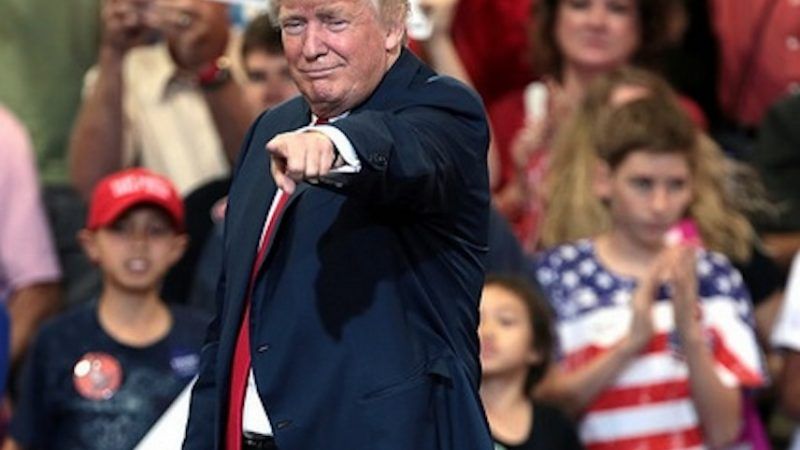 President Donald Trump has set a new record. Since entering the White House in January 2016, Trump has had 24 judicial nominees confirmed to the federal appellate bench by the U.S. Senate. That's the highest number of federal appellate court judges ever confirmed during a president's first two years in office.

What do these new judges mean for the future of American law? It depends on the judge.

Take Joan Larsen, who was confirmed to the U.S. Court of Appeals for the 6th Circuit in November 2017. Among her past writings is a strong defense of executive power, including the use of presidential signing statements by her old boss, President George W. Bush. "If circumstances arose in which the law would prevent him from protecting the nation," Larsen wrote, summarizing the thrust of one such signing statement, Bush "would choose the nation over the statute."

In other words, Larsen defended Bush for claiming the unilateral authority to ignore the text of the very statute he had just signed into law. This suggests that Judge Larsen will be inclined to vote in favor of expansive theories of executive power while on the 6th Circuit.

Trump's appellate court picks also include some explicit critics of libertarian legal thinking. Amy Coney Barrett, for example, who was confirmed to the U.S. Court of Appeals for the 7th Circuit in October 2017, has faulted the libertarian legal scholar Randy Barnett for championing a theory of economic liberty that she considers to be unsupported by the text of the Constitution. Furthermore, she has argued in support of the Supreme Court's current approach in economic regulatory cases, in which the regulation at issue is judged under the highly deferential "rational-basis test." In Barrett's view, "deferential judicial review of run-of-the-mill legislation" makes sense because it "is consistent with the reality that the harm inflicted by the Supreme Court's erroneous interference in the democratic process is harder to remedy than the harm inflicted by an ill-advised statute."

Along similar lines, Kevin Newsom, who was confirmed to the U.S. Court of Appeals for the 11th Circuit in August 2017, has argued that the federal courts have no business protecting economic liberty from state regulation. This view led Newsom to praise the Supreme Court's 1873 ruling in The Slaughter-House Cases for its "judicial restraint," its rejection of "the constitutionalization of laissez-faire economic theory," and its conclusion that "the 14th Amendment did not safeguard [economic liberties] against state interference."

Trump's picks are not all bad news for libertarians, however. Don Willett, who was confirmed to the U.S. Court of Appeals for the 5th Circuit in December 2017, has characterized Slaughter-House as wrongly decided because the 14th Amendment does indeed contain judicially enforceable protections for "the right to earn a living free from unreasonable government intrusion." As for the sort of judicial deference praised by Newsom, Barrett, and other like-minded conservatives, Willett countered: "Majorities don't possess an untrammeled right to trammel."

For better or worse, these new judges are going to leave a mark on the judicial branch. Keep in mind that the U.S. Supreme Court only decides around 75 cases each term, while the federal appellate courts handle thousands, most of which are of course never reviewed by SCOTUS. For all practical purposes, federal appellate judges often preside over the real court of last resort.