Trump's economic ignorance is on display. 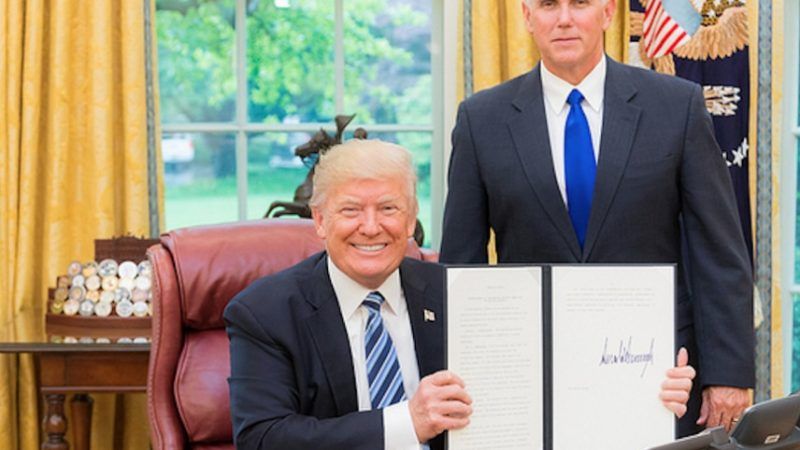 President Trump isn't going to be happy. The U.S. trade deficit expanded in June, at its fastest rate since November 2016. Also, $291 billion was added to that gap in the first six months of 2018, compared with $272 billion in the first half of 2017. And wait until he finds out that in spite of the tariffs he imposed on billions of dollars in imports, those imports grew slightly while exports are going down.

The administration's stated objectives for imposing tariffs on foreign imports is to reduce the trade deficit by reducing imports and forcing foreign governments to lower their "unfair" trade barriers so U.S. exporters will have more access to foreign markets.

It's true that if you impose hellish taxes on the goods and services that Americans buy from abroad, over time the higher prices will nudge consumers to shift their demands to the now-relatively cheaper American goods. In fact, this is what happened after the imposition of steel and aluminum tariffs on imports from China and many of our trading partners. The Department of Commerce reports that the steep hike in metal prices has resulted in a seasonally adjusted 19 percent reduction of iron- and steel-mill products imported in June and a 10 percent fall in imports of bauxite and aluminum.

Yet overall, imports have gone up slightly while exports have shrunk a bit, raising the trade deficit along the way. For one thing, contrary to the administration's promise, unilaterally raising tariffs on our trading partners hasn't resulted in better access to foreign markets for U.S. exporters. Instead, foreign tariffs have gone up and threats of retaliation continue.

That's true even for the European Union, which—also contrary to the administration's claim—hasn't yet agreed to stop its real or imaginary "unfair" trade practices against us. The EU has agreed, however, to go back to the negotiation table—one that both sides left back in 2016—in hopes of ironing out their differences to allow better access to each other's markets. Until then, retaliatory tariffs are still up, and so are steel and aluminum taxes against EU producers.

The White House may be surprised by the recent developments, but economists aren't. First, tariffs are a tax on American consumers. Knowing that the price of goods they need to run their business will go up, companies often ramp up imports of targeted goods before the taxes take effect. Unfortunately, imports will decrease once companies are forced by higher costs to look for new suppliers. Higher production costs will hurt Americans the most, contrary to protectionists' claims.

Second, Trump is misinformed when he claims that the U.S. trade deficit is a sign that everyone is taking advantage of us. The reality is much more exciting, as it signals that the country is an attractive destination for foreign investors looking to make a profit. To the president's credit, his tax-reform and deregulatory efforts, and the resulting booming economy, have made the U.S. market even more appealing. These positive developments likely shifted foreign-owned dollars away from buying U.S. exports (especially when their prices have gone up due to retaliatory tariffs and a stronger dollar) and toward investments in the United States. Meanwhile, richer consumers can afford more expensive foreign imports. Et voila. You get more growth but also a larger trade deficit.

Unfortunately, things can sour pretty quickly. Total imports may eventually fall as a result of Trump's tariffs, and foreigners will have fewer dollars to invest in the United States, which hurts both investments and exports. The Tax Foundation estimates that the trade dispute could wipe out all of the previously projected benefits from tax reform. While the final impact on the trade deficit remains unclear, Americans will be worse off than they would have been without this trade.