But thanks to the internet, it may not matter. 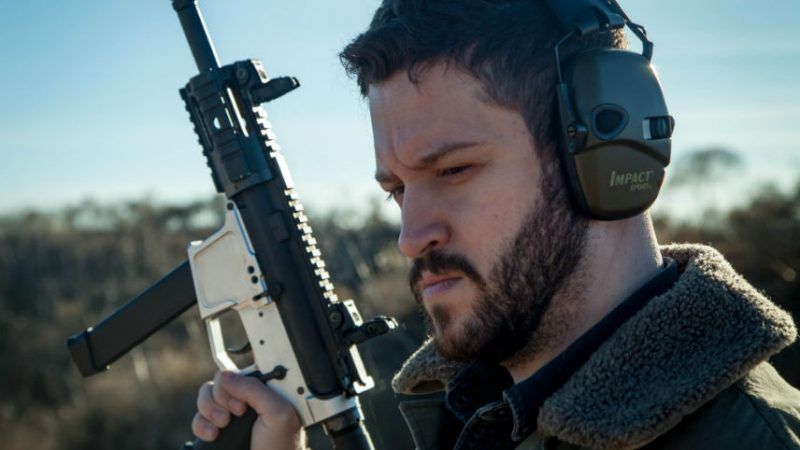 The internet is defying a federal judge's attempt to block Defense Distributed from publishing instructions showing how to create 3D-printable firearms.

A few hours after U.S. District Judge Robert Lasnik, a Clinton appointee, muzzled Defense Distributed with a court order Tuesday evening, the CodeIsFreeSpeech.com mirror site appeared. It's a project of the Calguns Foundation, the Firearms Policy Coalition, and other civil rights groups, and includes freely downloadable computer-aided design (CAD) files for the AR-15, AR-10, Ruger 10-22, Beretta 92FS, and other firearms.

Soon after the court order, Defense Distributed founder Cody Wilson announced that his site, DEFCAD.com, was "going dark." The files his company was hosting there have been replaced with a notice saying they have been removed as a result of Lasnik's ruling.

But the court order does not apply to the advocacy groups behind CodeIsFreeSpeech. They were not named as defendants in the lawsuit brought by the Washington state attorney general. Therefore, they don't need to comply with the ruling.

"We, and many others around the country, completely support Cody and Defense Distributed," Brandon Combs, president of the Firearms Policy Coalition, tells Reason. "Some governments and elected officials might want to censor this speech because they prefer a police state. We don't. I don't really give a damn what they'd prefer."

Lasnik wrote in today's opinion that Washington state has "a clear and reasonable fear that the proliferation of untraceable, undetectable weapons will enable convicted felons, domestic abusers, the mentally ill, and others who should not have access to firearms to acquire and use them." The judge predicted that there would be a "proliferation of these firearms" if he did not grant the state's emergency motion to censor the files from Defense Distributed's website.

Absent from Lasnik's 7-page ruling is any consideration of the First Amendment implications of censoring information about building firearms. This has been legal since before the United States was founded; Reason's special Burn After Reading issue even includes helpful instructions for constructing a handgun from legally available parts.

Crucially, also absent from the opinion is any recognition of the difficulty of censoring information once it's already been published to the web.

DEFCAD.com's files are not only being mirrored at CodeIsFreeSpeech—they or something like them are also available on innumerable other sites. Directions for the AR-10 lower receiver chambered for .308 caliber ammunition (the "lower receiver" part of the weapon is what the government defines as a firearm) are posted on GrabCad.com. Plans for the famous Liberator, a printable single-shot handgun, are available on Github. TheTruthAboutGuns.com is linking to a Dropbox archive of the Defense Distributed files.

And there's a handy Github code repository that lets you mirror the FOSSCAD data archive, which includes the files for scores of firearms, using only four commands. An extra three lines of typing are necessary if you'd like your mirror site to update itself automatically.

Federal judges are supposed to issue injunctions only if there's "immediate and irreparable" harm that the order can prevent from happening. In this case, the CAD files have already proliferated online; Washington state is at least a few years too late. Even NPR acknowledges this.

Look for Defense Distributed's attorneys to argue that this is yet another reason the temporary restraining order should be dissolved. A hearing is scheduled for August 10 in Seattle.

As Reason's Brian Doherty has chronicled, the Seattle lawsuit is one of a flurry of warning letters and legal challenges from anti-gun states aimed at forcing Defense Distributed not to publish its files. The company recently won the ability to publish after reaching a settlement with the Justice Department in its lawsuit claiming that restrictions on sharing firearm code violate the First Amendment—a clear echo of earlier litigation over encryption code nearly a generation ago.

It's possible that Defense Distributed may lose this legal skirmish and be prevented from returning its instructions to the DEFCAD site. But for anyone who wants to manufacture a firearm at home, the CAD files are readily available. The Second Amendment, it turns out, is protected by the First.