Can Border Agents Search Your Phone Without a Warrant?

The requirement to get a warrant may not apply when an American citizen is returning home from abroad and U.S. border officials want to search the contents of that person's phone.

Damon Root | From the August/September 2018 issue 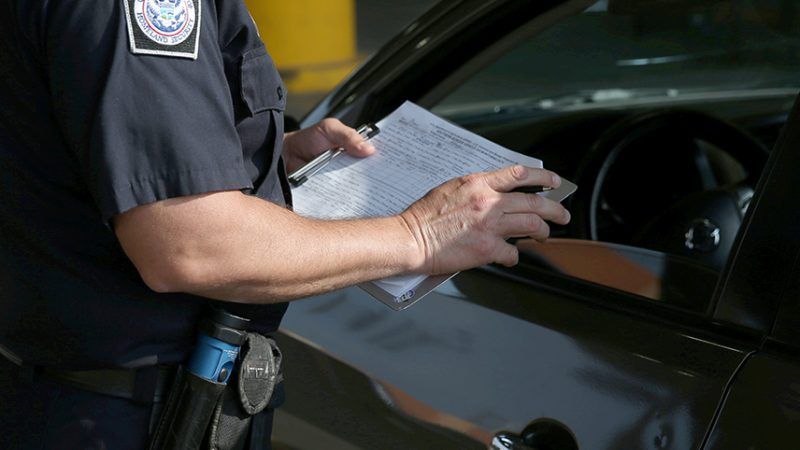 In Riley v. California (2014), the U.S. Supreme Court held that law enforcement officials had violated the Fourth Amendment when they searched an arrestee's cellphone without a warrant. "Modern cell phones are not just another technological convenience," Chief Justice John Roberts wrote for the majority. "With all they contain and all they may reveal, they hold for many Americans 'the privacies of life.' The fact that technology now allows an individual to carry such information in his hand does not make the information any less worthy of the protection for which the Founders fought."

The requirement to get a warrant may not apply, however, when an American citizen is returning home from abroad and U.S. border officials want to search the contents of that person's phone—at least according to a decision issued in March by the U.S. Court of Appeals for the 11th Circuit.

Hernando Vergara, a U.S. citizen, was returning home from a cruise to Mexico. Because of a prior criminal conviction, a Customs and Border Protection officer searched his luggage, including the three cellphones that Vergara was carrying. One of those phones contained "a video of two topless female minors."

At that point, the Department of Homeland Security stepped in. Vergara's phones were taken away to a government facility, where they were subjected to a warrantless forensic search, a process that typically involves retrieving deleted files and other inspections of the phone's digital records. The agents discovered child pornography on the phones.

Vergara and his lawyers argue that this evidence is inadmissible because the government never obtained a search warrant. They draw in significant part on the privacy protections for cellphone users that the Court recognized in Riley.

But a divided panel of the 11th Circuit took a different view. "Border searches never require a warrant or probable cause," declared the majority opinion of Judge William H. Pryor.

Writing in dissent, Judge Jill Pryor (no relation to William) stressed "the significant privacy interests that individuals hold in the contents of their cell phones." In her view, "the privacy interests implicated in forensic searches are even greater than those involved in the manual searches at issue in Riley"; if it were up to her, such an inspection would require "a warrant supported by probable cause."

For now, her colleague's position prevails, but we have not heard the last of the debate. This case or one very much like it is probably headed for the Supreme Court.