States Bid to Lure in Amazon

It's a serious waste of taxpayer money. 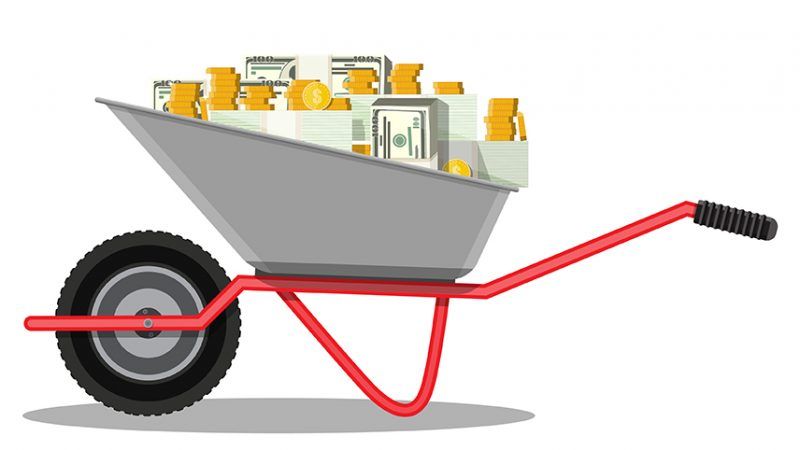 If you've been to the movies recently and stayed until the very end of the massive list of names that follows the film, you may have noticed the startling number of tax credits and other subsidies being doled out to producers by states and cities. The new Avengers movie received somewhere around $30 million in credits from Georgia. Captain America received some $20 million to shoot in California.

Such gifts are unbecoming, considering each of these films grossed hundreds of millions in profits within the first few weeks of its release. But nothing beats the forehead-smacking stupidity of the governments currently throwing billions of dollars in corporate welfare at the richest man in the world.

When Amazon in 2017 announced plans to open a second world headquarters (HQ2), the news came with a request that potential host cities show their love. Founder Jeff Bezos described the prize as consisting of over $5 billion worth of construction, as many as 50,000 high-paying jobs, and "tens of thousands of additional jobs and tens of billions of dollars in additional investment in the surrounding community."

Some 238 cities spent taxpayer money to prepare and make their offers, many of them unbeknownst to the taxpayers themselves. In January, Amazon announced that 20 candidates were still in the running, among them Boston, D.C., Montgomery County in Maryland, Miami, Dallas, and Toronto.

The bidding cities have all gone nuts, but the craziest has to be Maryland. In March, state lawmakers approved a $6.5 billion package in subsidies on top of whatever secret offer Montgomery County originally made. That's the largest so far—of those that have been made public.

My Mercatus Center colleagues Michael Farren and Anne Philpot did the math: The bid, when added to $2 billion in infrastructure spending also being promised, amounts to 3 percent of Maryland's anticipated tax revenue over the next 10 years.

That should fill residents and businesses in the state with dread. While there's no doubt Amazon's HQ2 would add something to the economy, a broad body of economic research has shown that targeted state subsidies to private businesses—while often promoted as a "market-friendly" means to boost growth, jobs, and development—have little to no net positive effects. And as George Mason University's Christopher Coyne and Lotta Moberg wrote in a 2014 working paper, such subsidies are in fact often damaging, because they misallocate scarce public resources while encouraging rent seeking, regulatory capture, and cronyism.

Legislators are punishing local companies and their customers, since taxpayers will get fewer public services while paying more for the privilege. With $8.5 billion, Maryland could instead reduce its corporate income tax by 96 percent, according to Farren and Philpot. Or how about paying for the state's highway maintenance needs for 26 years?

Unseen costs will result from Amazon choosing to locate in one of these cities as well. The company arrived in Seattle in 1994. Thanks to strict zoning laws and increased demand, housing prices have gone through the roof. As of last July, they had risen by 13.5 percent in a single year. By comparison, New York City, known for its pricey housing market, saw an increase of just 3.9 percent. That's great for current homeowners but a bummer for lower-income buyers who may now be priced out. As Seattleites have learned, having Amazon for a neighbor is great—if you have the means to pay for it, and assuming you aren't bothered by congestion.

Sustainable economic growth requires shifting away from policies tailored to benefit any one specific firm and toward policies that create a general environment in which all can flourish. But that shift is hard to make if you know your neighboring state is pulling out all the stops to attract a given business to its hills or shores.

That's why my colleague Matthew Mitchell came up with the idea of an interstate compact—an agreement in which state governments pledge to mutually disarm in the subsidy war. Properly structured, such a compromise could provide the right incentives for states to quit obsessively spending taxpayer dollars on conspicuous but unwise development "investments." Within a state that joins the compact, all firms face the same tax burden. That means no special privileges for Amazon, so we can get back to a place where companies serve individuals instead of the other way around.