Why does an economy car rent for an astonishing $161 per day in Manhattan? Because onerous insurance laws cartelized the industry.

Jim Epstein | From the August/September 2018 issue 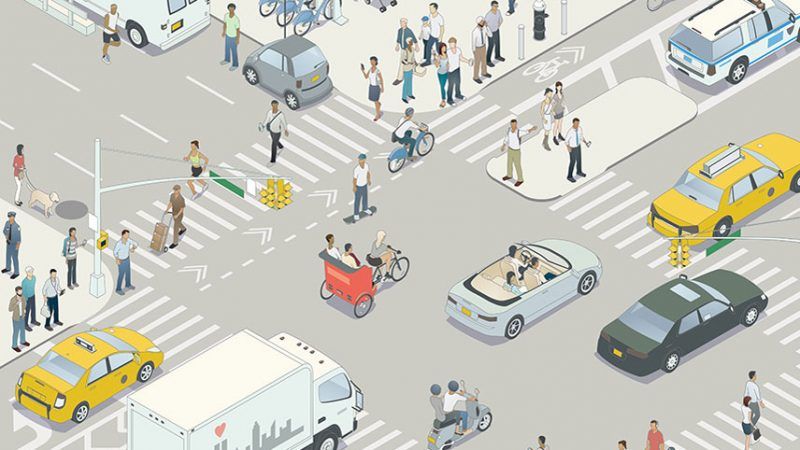 When Sam Cygler started AllCar Rent-A-Car in 1979, New York City was home to over 100 mom-and-pop rental car companies. Cygler, who at the time was running an auto repair shop in Brooklyn far from the subway, noticed that his customers often needed loaner vehicles to get to work. So he bought a couple of cars and put them up for rent. The idea took off, eclipsing the repair business altogether. AllCar Rent-A-Car grew to have 12 locations in the Big Apple with a fleet of about 2,000 vehicles.

Chains like Hertz and Avis, with their national reach and corporate partnerships, have long dominated the car rental industry. But New York's low rate of vehicle ownership provided plenty of market opportunities for local operators. By constantly "nipping at the heels of the majors," says Sharon Faulkner, executive director of the American Car Rental Association (ACRA), the independents helped keep overall rates down.

Then, a decade after Cygler got started in the industry, a series of punitive state laws started wiping out New York's mom-and-pop rental car shops. AllCar was able to stay afloat for quite a while, thanks to a couple of lucrative contracts. But when Cygler's son, Gil, finally sold the company to Enterprise in 2015, it was among the very last of a dying breed. Today, the national chains operate virtually unchallenged in the New York market—and it's no wonder that renting an economy vehicle from Avis on a weekend day in Manhattan costs an astonishing $161.

Trouble for the independents started in 1989, when the state passed a law limiting what rental companies could charge for vehicle damage to a mere $100. Customers could total a rental car and pay less than the cost of a steak dinner for two in Midtown Manhattan. Compounding the risk, Albany set the minimum age to rent at just 18 and prohibited companies from requiring that customers hold a personal car insurance policy or even a credit card. According to Faulkner, some 200 operators in the state went out of business shortly after the law went into effect.

Under its so-called "vicarious liability law," New York also exposed rental car companies to the risk of having to insure for unlimited damages when their customers were found negligent. In 1997, Faulkner was running an independent outfit in upstate New York when she got sued because an unauthorized driver—the 15-year-old son of the woman who had actually rented the vehicle—hit a pedestrian.(Faulkner's insurance company settled for an undisclosed sum.) The largest award came in 2003, when Budget was ordered to pay nearly $20 million to an accident victim.

These laws disproportionately hurt independent rental companies. The major operators are large enough to self-insure their vehicles—if someone wrecks a car, they can eat the cost and survive. The mom-and-pop outfits, on the other hand, have to buy policies on the open market. As the number of claims increased (driven in part by rampant customer fraud), insurers started withdrawing from New York altogether to avoid the headaches. Faulkner says many shops went out of business simply because nobody would sell them a policy.

The regulatory environment did improve. In 2002, the state repealed the $100 limit on what customers can be made to pay for vehicle damage, and the 2005 federal highway bill annulled New York's vicarious liability law.

But it was too little, too late. Most of the independents were already gone, and another onerous insurance law continues to scare off new entrants: New York is one of seven "primary" states (in addition to the District of Columbia), meaning that when a driver causes injury, death, or property damage to another person, the rental car company provides the first line of insurance for any claims—even if the customer declined supplemental coverage. In the rest of the country, a driver's personal or corporate insurance policy is the first to pay.

Thus, it's still a challenge for independent rental companies to find insurance vendors willing to cover them. New York's status as a primary state also explains why the car-sharing platform Turo received a cease-and-desist letter from the Department of Financial Services in 2013, forcing it to pull out of the state. Turo (originally "RelayRides") provides its users with liability insurance, but in New York the personal insurance policy of the car's owner by law must be primary, even though personal policies aren't written for this purpose. So if I loan you my car and you hit a pedestrian, my insurer is on the hook just the same as if I had been driving.

By the time he sold to Enterprise in 2015, Gil Cygler says the "writing was on the wall." The company's longtime insurance provider, Hartford, had withdrawn from the market, and it was getting much tougher to procure insurance. New Yorkers looking for a discount vehicle rental now have one option left: hop a train to New Jersey.