Americans Support Alternatives to Cash Bail, Once They Know They Exist 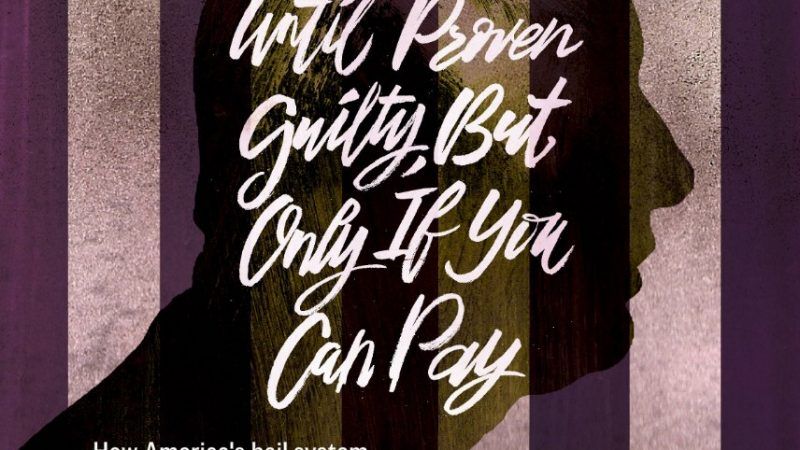 Those are the two big conclusions we can draw from the results of a poll released today by the Pretrial Justice Institute (PJI) and the Charles Koch Institute (CKI), which jointly commissioned the survey.

For the 41 percent of you who have never heard of, or have no opinion of, the term "pretrial justice," that's a catch-all term for the court systems that manage people who have been charged with crimes but not yet convicted. Paul Manafort, for example, is currently a guest of our federal pretrial justice system. More than half a million more people are being held in some form of pretrial detention. That's a substantial chunk of the 2.3 million people incarcerated in the U.S.

The intent of the PJI/CKI poll was to see how Americans feel about potential reforms that would make more people free prior to the conclusion of their cases. The numbers are encouraging. A whopping 78 percent of Americans believe that the current system of pretrial justice heavily favors the wealthy. That's partly due to our reliance on cash bail schedules to determine who gets to be free while awaiting trial and who remains behind bars until the court gets to them. Those who can front the money for bail or afford to pay a bail bond company are able to go free. Those who are poorer and thus unable to pay for bail remain behind bars solely for that reason.

When asked about money, 57 percent of respondents said they don't want to keep people behind bars if they can't afford bail except in extreme cases. A plurality of 45 percent said they'd like to see money bail replaced with pretrial assessment and monitoring systems. And 72 percent said that "public safety" should be the primary concern when deciding whether somebody should be detained prior to trial.

Defendants who have been merely charged with a crime are supposed to be treated as though they're innocent until they are proven guilty, but is that how Americans think they should be treated? The answer seems to be yes. When asked whether prosecutors should have to petition for pretrial detention, or whether defendants should have to petition for their freedom, 52 percent of respondents said that prosecutors should have to argue for detention; only 27 percent did not believe that freedom should be presumptive. That's frighteningly high, but not terribly surprising.

"The bottom line is, the public believes the government must prove an individual belongs in jail before trial—which is the opposite of how the system works now due to the widespread use of money bail," responded Pretrial Justice Institute CEO Cherise Fanno Burdeen in a prepared statement.

Those polled strongly approved a number of pretrial support mechanisms—like education and counseling, transportation, and court reminders—for defendants who need them. The vast majority would like to see support services for defendants who are victims of domestic violence, have mental health issues, or are addicted to drugs or alcohol.

The most relevant take-away for pretrial justice reformers is that educating the public about pretrial justice issues may be key to fixing them. As they were introduced to alternatives, a good 28 percent of respondents who were opposed to, or undecided about, moving away from money bail came around to the idea. Turns out, people aren't opposed to more sensible criminal justice policies, they just don't know they exist.

Read more about the poll results here. Efforts to reform how pretrial justice systems work are the focus of Reason magazine's August/September cover story, on the stands now. Check it out.