How to Survive a Nuclear War, '70s Style 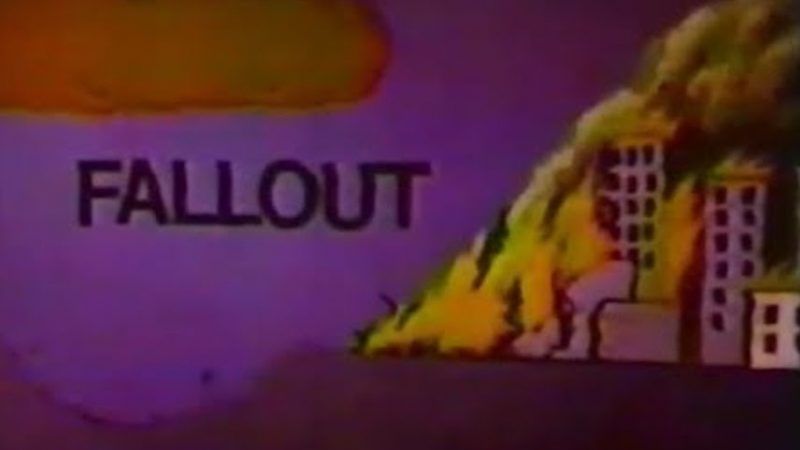 If I said I was about to show you a government film about how to survive a nuclear war, you'd probably guess that it came from the 1950s, that golden age of absurdly optimistic civil defense films. But Protection in the Nuclear Age was released in 1978, and it was made with an aesthetic that those of us who were in school in that era will recognize quickly. Some moments in these animations of pre- and post-apocalyptic life aren't that different, in form if not content, from a 1970s guidance counselor's collection of posters about emotions.

Like that guidance counselor, the movie strains hard to stay positive. "Defense Department studies show that even under the heaviest possible attack, less than 5 percent of our entire land mass would be affected by blast and heat from nuclear weapons," the narrator claims at one point. "Of course," he adds mildly, "that 5 percent contains a large percentage of our population." But those people just might have time to flee to the rest of the country, which "would escape untouched—except possibly by radioactive fallout." Oh, you and your little caveats.

The movie may also be the only official government document to ask the eternal question, "Why not just give up, lie down, and die?" Existentialists have pondered that problem for years, but only the Pentagon has produced this pithy answer: because "protection is possible." Suck it up, Sartre.