Washington, D.C.'s Fight Over Restaurant Tips and Wages Is Coming to a City Near You

Cities like San Francisco and Seattle have already passed similar laws, and more states are currently evaluating the costs of doing the same. 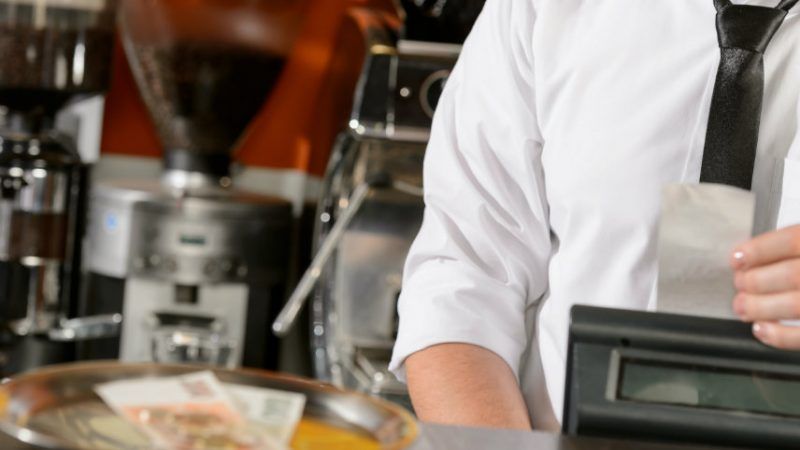 Last week, voters in Washington, D.C., approved Initiative 77—the proposal that will require bars and restaurants to raise the minimum wage for tipped employees from $3.33 an hour to $15 an hour. Let's hold off on popping the champagne.

Restaurant Opportunities Center (ROC), an advocacy group made up of people who are not service industry professionals, spearheaded the charge to pass the measure. Diana Ramirez, D.C.'s ROC director, says that one fair wage would provide waitstaff with financial stability and reduce sexual harassment.

But if the "VOTE NO" signs were any indication, the vast majority of restaurants in the District opposed it. Perhaps more importantly, a great deal of servers publicly protested the proposition leading up to the vote, fearing decreased hours, reductions in staff, and closed storefronts. Tips allow local service professionals to earn far more than minimum wage, they said, and even if gratuities fall short, employers are required by law to make up the difference.

Essentially, the initiative attempts to fix something that is not broken.

The proposal sparked a heated national debate that isn't likely to end in the near future. It's true that politics in the District operate in the limelight, but the tipping quandary resonates because it's likely coming to a city or state near you—and soon.

Cosmopolitan centers like San Francisco and Seattle have already passed similar laws, and states like New York, Massachusetts, and Michigan are currently evaluating the costs of doing the same. What's more, it's on the Democratic Party's official platform. Expect it to color conversations surrounding pay inequity during presidential primaries.

The fight isn't over in the District, either, as the D.C. City Council can overturn or amend the initiative if they so choose. It's not out of the question—Maine overturned a similar measure, changing course after listening to the community's food-service workers. If not, the restaurant industry will implement the pay bump gradually, increasing the hourly rate about $1.50 every year until it lands at the prevailing $15 minimum wage in 2025.

Supporters of Initiative 77 touted results in California and Washington to sway voters in favor. The restaurant industries there are "booming," they said, so D.C. would be foolish not to fall in line. Right?

In the wake of Seattle's 2015 minimum wage hike, the University of Washington conducted a study to explore long-term effects. While the policy is still too young to definitively assess the total impact on restaurants, findings suggest that food-service establishments hit a proverbial fork in the road: switch to a counter-service model or make the place an extravagant dining experience. The former all but eliminates tipping, hampering staff opportunity to maximize income. The latter increases prices drastically for the consumer, turning a casual lunch outing into an elitist affair.

Somewhat puzzlingly, it also found that a significant portion of restaurant base wages surpassed $19 an hour, whereas positions paying the minimum plunged. That suggests an unfortunate trend: Many restauranteurs appear to be adapting to the higher wage requirements by prioritizing high-skill employees while kicking low-skill workers to the curb—the very people that Initiative 77 purports to help.

Meanwhile, over in San Francisco, researchers from Harvard analyzed the dining scene and found that for every additional dollar added to the tipped wage, there was an additional 14 percent chance that a median rated restaurant (3.5 stars on Yelp) would close. Those aren't great odds for mom-n-pop neighborhood staples—particularly of the hole-in-the-wall variety—many of which are located in the District's low-income areas.

Even still, the votes on Initiative 77 were polarized almost exclusively along these same income lines, with traditionally wealthier areas voting to reject, and poorer locales expressing approval. On Twitter, many lambasted the rich for their selfish vote. But if the Seattle and San Francisco anecdotes are any indication, low-skill workers and restaurants with fewer resources will be the first to suffer if and when this measure fully settles in.

It's not untrue that eliminating the tip credit will negatively affect the consumer. Jamie Leeds, owner of Hank's Oyster Bar in D.C., told The Washington Post that her prices will increase 40 percent—double the cultural tipping norm—to effectively account for increased labor costs, payroll taxes, and insurance premiums.

But if a "No" vote on Initiative 77 truly worked against the interests of D.C. waitstaff, then it's peculiar that this same cohort led the charge against passing the proposition. Some anti-tipping advocates have accused the National Restaurant Association of brainwashing the cabal of servers and bartenders who opposed the measure, implying that the faction of people closest to the industry couldn't possibly understand what works best.

"Save our tips," they kept saying. If the final vote tally for Initiative 77 is any indication, that fell on deaf ears.