The dangers of government surveillance. 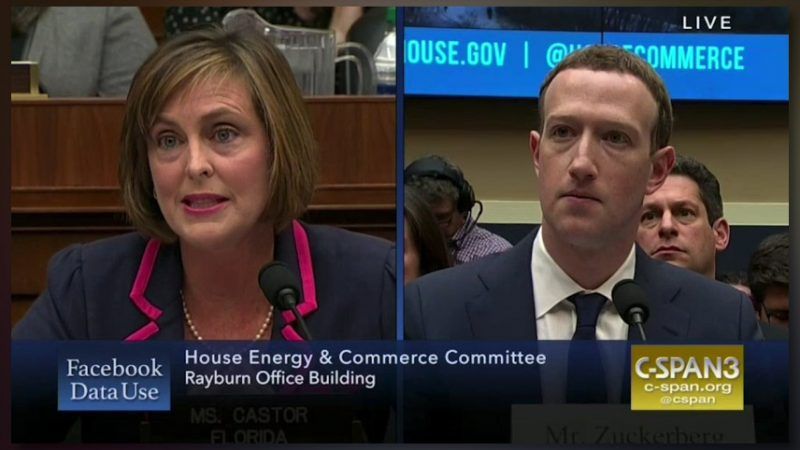 Facebook and other Western apps are banned there. The government views their openness as a threat. So the Chinese use platforms like WeChat and Alibaba.

Now the Chinese government takes data from those platforms to assign all people who use them a "social credit score."

In other words, the government monitors your web activity and gives you a grade. Your purchases, social interactions, and political activity will determine what privileges you get.

Having a low score—because you smoke, are slow to pay bills, or criticize a government official—could get you barred from flying, using certain hotels, or sending your kids to better schools.

Li Schoolland grew up in China. As a teenager, she survived China's Great Leap Forward, Great Famine, and Cultural Revolution. Her parents were doctors, which meant they, and she, were intellectual enough to be targeted for communist "re-education."

"Mao said we shouldn't learn from books; we should learn from the military, from the farmers, from the workers," she recalls in my online video. "The poorer you were, the better you were. If you're illiterate, you're the best."

"After I came to the United States I thought, oh, no more politics. I'm in the land of the free," she recounts. But after she saw surveillance states developing around the world, she thought, "No, no, no. I have to tell the American people, 'Don't let this happen.'"

I like to think the era of communism is over, the danger past. But in China, "the repression is not over," says Schoolland. "The control of people's mind, people's mouth, people's pen, never stopped."

Today in China, if you email friends about books like George Orwell's Animal Farm or Aldous Huxley's Brave New World, your message will be blocked.

Even pictures of Winnie the Pooh were banned because someone said president Xi Jinping resembled the stuffed bear.

And now, another step, one subtler than just banning things: the social credit score.

The government brags the system will "allow the trustworthy to roam everywhere under heaven while making it hard for the discredited to take a single step."

Of course, the U.S. is much freer. People complain because Facebook is irresponsible about sharing our data. But to that I say, so what? I voluntarily give Facebook that information. I'd rather see targeted ads than random ones, and no one forces me to use Facebook.

I worry more about what my government does. Facebook and Google cannot use force. Government can. Governments do.

Already, there are new surveillance programs.

Los Angeles police brag that they now practice "predictive" policing. They pay a company called Palantir to analyze social media, trace people's ties to gang members, and predict the likelihood that someone may commit a crime.

That makes some people feel safer.

But "I think they are giving government too much power," says Schoolland. "They didn't realize this is going to lead to more and more."

"Yes, we want to know who we can trust when we do business," she responds, "but those are market behaviors. We don't need the government to get involved."

For now, the internet, and other new technology, enhances my freedom.

My son complains that it distracts us so much that we can't focus on what matters. That's true also, but I say, on balance, it's wonderful. It helps me band together with others who think like I do. It makes it easier for me criticize the government and business practices I consider unfair. Heck, that's what I do every week in my videos.

But we should be on guard against use of technology to curtail our freedom. Government was dangerous enough—before it could spy on us so easily.