Bans on E-Cigarette Flavors Can't Be Justified by the 'Wildfire Spread' of Adolescent Vaping, Which Seems to Be Declining 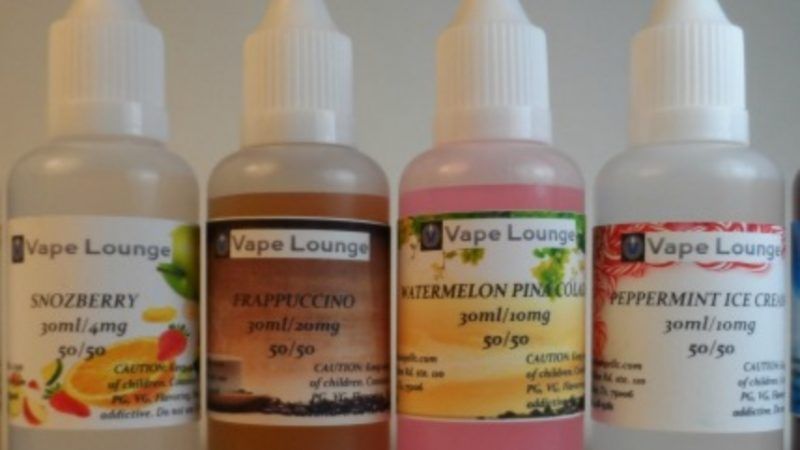 Last week voters in San Francisco overwhelmingly approved a ban on the sale of "flavored tobacco products," including e-cigarettes. Several other local governments in California have recently imposed similar bans, and New York legislators are considering a bill that would prohibit the sale of "flavored e-liquid." Supporters of these measures, who say they want to protect teenagers from the temptations of vaping, give no weight to the interests of adult smokers who use e-cigarettes to quit, a process in which flavor variety plays an important role.

As in the controversies over "alcopops" and marijuana edibles, the prohibitionists argue that banning sales to minors is not enough; the government should also ban any feature that appeals to teenagers, even if it also appeals to adults. To justify that demand, they implausibly portray adolescent vaping as a growing public health emergency.

Three days after more than two-thirds of San Francisco voters agreed that mandating flavorless e-liquid was a reasonable response to the rising popularity of e-cigarettes among teenagers, the U.S. Centers for Disease Control and Prevention published survey data showing that in 2017 vaping declined among middle school students and remained steady among high school students after falling in 2016. E-cigarette alarmists were so flummoxed by reality's failure to fit their narrative that they insisted the survey must be wrong. "Study Says Vaping by Kids Isn't Up," read the Associated Press headline, "but Some Are Skeptical."

The skeptics had heard that teenagers are Juuling in schools across America, and they figured all that press coverage should translate into higher vaping rates. They suggested that survey respondents might not have realized Juul e-cigarettes are e-cigarettes.

The questionnaire used in the CDC's National Youth Tobacco Survey (NYTS) described e-cigarettes as "battery powered devices that usually contain a nicotine-based liquid that is vaporized and inhaled," adding that "you may know them as vape-pens, hookah-pens, e-hookahs, e-cigars, e-pipes, personal vaporizers or mods." The questionnaire's list of "brand examples" included NJOY, Blu, Vuse, MarkTen, Logic, Vapin Plus, eGo, and Halo. But not Juul! So maybe adolescent vaping really did go up last year.

The yearning for bad news is palpable in this passage from the A.P. story:

Last year, Juul became the top-selling e-cigarette brand, with more than $650 million in retail sales. That's due at least partly to aggressive marketing through Instagram and other social media, [Georgia State University researcher Jidong] Huang noted in a recent article in the journal Tobacco Control.

More data is needed to see how much of those sales were to kids, he said in an interview.

"But looking at the sales data, I think it's hard to say the use of e-cigarettes among teens is steady or declining," he said.

The fact that Juul grabbed more market share, of course, does not necessarily mean vaping became more common among teenagers, even assuming that they are disproportionately attracted to that brand.

Putting aside the recent decline in adolescent vaping, the percentage of teenagers who use e-cigarettes frequently has always been low. In the 2015 NYTS, for example, just 0.6 percent of middle school students and 2.5 percent of high school students reported vaping on 20 or more days in the previous month, and almost all of them were current or former smokers. To the extent that teenagers who otherwise would be smoking are vaping instead, that is an unambiguous gain in public health terms, since the latter habit is much less hazardous.

Despite the constant warnings that increased experimentation with e-cigarettes would lead to more smoking, consumption of conventional cigarettes by teenagers stubbornly continues to decline, reaching a record low last year in the Monitoring the Future Study, which began in 1975. According to the NYTS, the incidence of past-month smoking among high school students fell from 15.8 percent in 2011 to 7.6 percent in 2017.

Given these numbers, banning e-cigarette flavors is not likely to confer a measurable health benefit on teenagers and may even have a negative effect if it discourages those who smoke from switching to vaping. When you expand the analysis to include adults, the probability of harm increases, since vapers often report that flavor variety helped them quit smoking.

The Food and Drug Administration acknowledges that point. Last July, when it delayed implementation of its e-cigarette regulations, the agency said it was seeking public comment on "the role that flavors (including menthol) in tobacco products play in attracting youth and may play in helping some smokers switch to potentially less harmful forms of nicotine delivery." In March, FDA Commissioner Scott Gottlieb elaborated on the public health benefit of e-cigarette flavors in March:

We must also consider how best to address flavors in non-combustible products like e-cigarettes—given both their clear appeal to youth but also the potential role certain flavors may play in helping some adult smokers transition to potentially less harmful tobacco products.

I've talked to ex-smokers, who've told me that they quit cigarettes altogether and that they now vape. And they've also told me it was the flavors that helped them make that transition off combustible cigarettes. Now I know anecdotes aren't the same as data. And the ANPRM [Advance Notice of Proposed Rulemaking] specifically seeks data on this issue. But these personal stories are important to me as we shape our overall approach to smoking cessation.

In a 2014 survey by E-Cigarette Forum, three-quarters of adult vapers preferred flavor categories other than tobacco, including fruit (31 percent), bakery/dessert (19 percent), and savory/spice (5 percent). Two-thirds of the ex-smokers said nontobacco flavors were important in helping them quit. According to a 2013 study reported in the International Journal of Environmental Research and Public Health, smokers who switch to vaping tend to prefer tobacco-flavored fluid initially but later switch to other flavors. Most reported using more than one flavor on a daily basis and said the variety made the experience more interesting and enjoyable.

The craze among kids for e-cig flavors that resemble whipped cream, candy and cookies is not only a bad trend; it is a recipe for disaster that is fueling an outright addiction that appears to be getting worse, not better….It is high time to ramp up the pressure on and by the FDA so quicker action to rid the marketplace of kid-friendly e-cig flavors is taken. While the FDA has thankfully begun to move on this epidemic, those actions are slower moving compared to the wildfire spread of e-cig use among kids.

Never mind that "the wildfire spread of e-cig use among kids" perceived by Schumer coincides with what the CDC says is a decline in e-cig use among kids. The more fundamental problem is that Schumer seems incapable of conceiving that "kid-friendly e-cig flavors" also appeal to adults, which makes vaping more attractive as a harm-reducing alternative to smoking. The implication is that banning those flavors could be deadly to smokers who would otherwise switch. Anyone who ignores that prospect is only pretending to care about public health.