"It was insensitive and irresponsible not to appreciate that not all communities can celebrate what life was like in 1776." 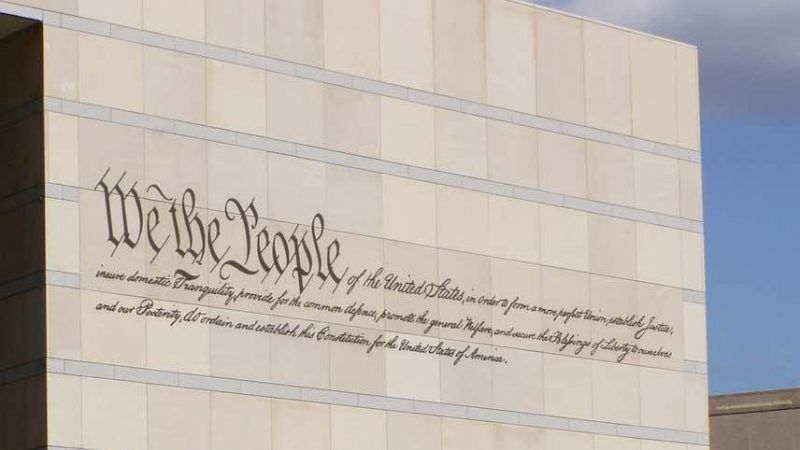 Dennis Perry, principal of Cherry Hill High School East in New Jersey, has apologized for an insensitive message on the tickets for this year's prom: "party like it's 1776."

That's problematic, since students of color would definitely not have felt like partying if they were alive in 1776, when slavery was still legal.

"It was insensitive and irresponsible not to appreciate that not all communities can celebrate what life was like in 1776," said Perry in a letter to the community.

Please read this letter of apology to the East Community. pic.twitter.com/BnokMF0n9Q

It's not clear whether any students were actually bothered by the message. Tthe local news stories don't quote any angry kids, or even concerned parents. The offended parties seem to be local activists, who said the incident was just another example of Cherry Hill ignoring the needs of students of color:

Lloyd Henderson, president of the Camden County NAACP East chapter, also praised the principal's immediate response but called the incident "another example" of a school culture in which "the African American students' needs are not considered along with the rest of the school."

Two points. First, the prom will take place at Philadelphia's National Constitution Center. Given that the Constitution wasn't actually created in 1776—that would be the Declaration of Independence—perhaps Perry should have suggested his students "party like its 1787." This call to action would have bothered the same people, but with the added benefit of being historically accurate.

Second, is there any point in history that would feel safe for all students to party? The original line is "party like it's 1999," from the Prince song "1999." But gay and trans students might not have felt welcome at the party then. We could "party like it's 2018," but only if we were prepared to ignore undocumented students' fears. I guess everybody just has to "party like it's some unspecified point in the idealized future." I wonder if that fits on Cherry Hill's prom tickets, which are being reprinted with the offensive message scrubbed.