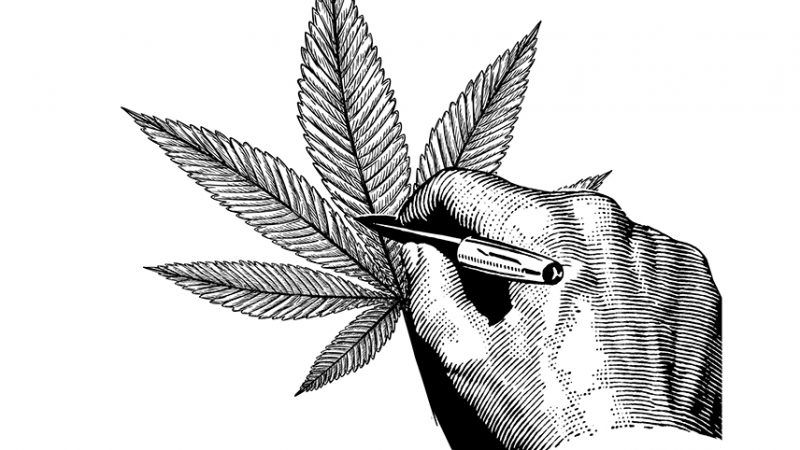 When Attorney General Jeff Sessions rescinded Obama-era guidelines discouraging federal prosecutors from targeting state-licensed marijuana businesses, he called it "a return to the rule of law." But the memo Sessions issued on January 4 left the legal situation for the cannabis industry essentially unchanged, and the crackdown he seemed to be inviting would violate a basic principle of constitutional law: The federal government may not exercise powers it was never granted.

U.S. attorneys prosecute a minuscule percentage of marijuana violations, and they have very broad discretion to decide which ones are worth their time. Sessions withdrew a series of memos that said a violator's compliance with state law was one factor prosecutors should consider.

The reasoning, as explained in a 2013 memo from then–Deputy Attorney General James Cole, was that state-regulated marijuana businesses are less likely to impinge on "federal enforcement priorities," such as stopping interstate smuggling and sales to minors. Cole did not tell U.S. attorneys to leave state-legal cannabusinesses alone, but since 2013 they generally have.

It's not clear whether the new memo, which called the marijuana-specific guidelines "unnecessary," will change that. But given Sessions' well-known opposition to marijuana legalization, the memo was widely seen as portending more aggressive enforcement of the federal ban. That prospect provoked bipartisan criticism from state officials and members of Congress, uniting Democrats who support drug policy reform with Republicans who support federalism.

Sessions' boss counts himself in the latter group, and he has repeatedly applied the principle of state autonomy to marijuana. In July 2016, for instance, a local TV reporter in Colorado asked Donald Trump what he thought about using federal power to shut down the state-authorized cannabis industry.

"I wouldn't do that, no," Trump replied. "I'm a states person. I think it should be up to the states, absolutely." So do 70 percent of Americans, according to a January 11 Quinnipiac University poll.

Refraining from such interference also happens to be what the Constitution requires. Unlike alcohol prohibition, the national marijuana ban was never authorized by a constitutional amendment. Its purported legitimacy instead relies on reading the power to regulate interstate commerce so broadly that it extends to the tiniest trace of cannabis anywhere in the country, even if it never crosses state lines.

Many Republicans are uncomfortable with treating the Commerce Clause as a blank check. If they join forces with legalization-friendly Democrats, they can pass a bill that protects cannabusinesses from Department of Justice harassment and challenges the president to act on his avowed federalism.