Getting Crony Capitalism Half Right

The solution to government interference isn't more of it. 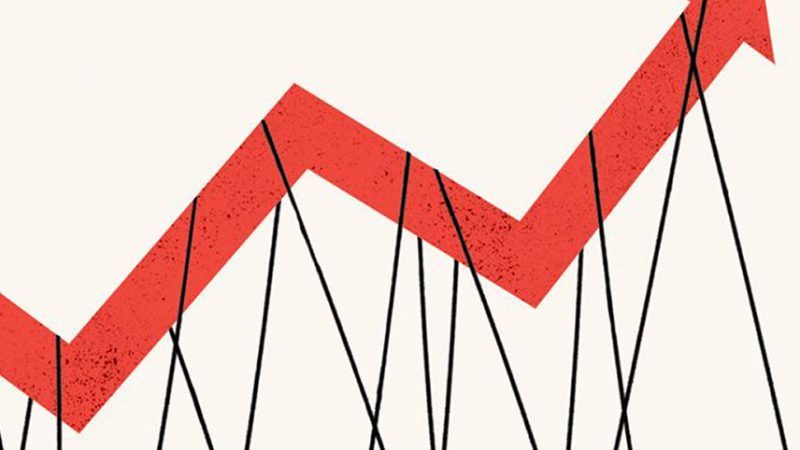 The Captured Economy: How the Powerful Enrich Themselves, Slow Down Growth, and Increase Inequality, by Brink Lindsey and Steven M. Teles, Oxford University Press, 221 pages, $24.95

Americans are prone to assuming the government redistributes wealth downward, to the poor and vulnerable. In The Captured Economy, libertarian Brink Lindsey and modern liberal Steven Teles emphasize the ways governments persistently redistribute wealth upward, from ordinary people to elites. Their accessibly written book highlights several sectors of the economy that have been dramatically misshaped by state-secured privilege—in economic jargon, by "rent-seeking." This, they show, has both reduced productivity and increased inequality.

Lindsey, a vice president at the Niskanen Center, and Teles, a political scientist at Johns Hopkins, don't try to identify every industry that has been seriously distorted in this way. But they explore important examples that reflect a much larger problem.

They consider a range of subsidies and implicit guarantees offered to firms in the financial sector, for instance, noting the ways these interventions—including mortgage subsidies and the creation of mortgage-backed securities—promote bubbles and encourage risky behavior. Similarly, they highlight ways in which land use regulations concentrate wealth and reduce the possibility of both geographic and socioeconomic mobility. These restrictions have dramatically increased housing prices, an effect very much in line with the regulations' underlying purpose. As Lindsey and Teles note, these laws exist "to protect homeowners' property values at the expense of access to housing for everybody else."

Elsewhere, they ponder the effects of intellectual property rules. By outlawing copycat competition, Lindsey and Teles point out, current copyright and patent laws allow "industry leaders to take fuller advantage of the potential scale economies that the nature of their industries permits. The result is even higher levels of inter-firm inequality than would otherwise be possible, with industries dominated by a few highly profitable giants." While copyright protections are good for companies that own a lot of copyrights, "hostility to unauthorized copying…stands in direct opposition to the logic of the Internet, the greatest technology ever devised for reproducing and disseminating information," they say, by restricting creativity, innovation, and the sharing of information.

The book emphasizes the ways occupational licensing creates government-enforced cartels as well. The beneficiaries range from cosmetologists to lawyers; the most privileged tend to be the sorts of professionals with whom modern policy makers tend to identify. The authors zero in on the harm to consumers: "Prices for licensed services are inflated anywhere from 5 percent to 33 percent, with the cost to consumers amounting to some $203 billion a year." They favor radical reductions in licensing requirements, even (perhaps especially) in law and medicine.

For libertarians, the solution to these problems seems obvious: Reduce state power. But Lindsey and Teles often dismiss that response, suggesting that the public simply is not prepared to support a significant diminution in the size and scope of government. Instead they support a set of institutional remedies that leave the existing state apparatus largely in place. These changes, they argue, will reduce the risk of manipulation by elites and other concentrated interests.

They call, for instance, for the professionalization of the congressional staff system. Committee staffers, they suggest, should be hired by committees rather than by individual legislators, so that they keep their jobs even as the legislature's membership changes; the idea is to give them an incentive to view working for Congress as a long-term career. Staffers hired by committees will arguably be more inclined to develop focused skills, acquire more expert knowledge, eschew partisanship, and adopt long-term perspectives. Lindsey and Teles also propose doubling the number of staff positions and tripling the amount of money available for staff salaries.

Noting the prestige and credibility of the Office of Management and Budget, Lindsey and Teles suggest that state governments institute comparable civil service entities designed to review proposed state-level legislation and regulation; the relevant reviews could focus on both barriers to entry and impediments to growth. Since the Federal Trade Commission (FTC) has acknowledged the anti-competitive nature of state licensing rules, the authors urge that the FTC's budget be increased so that it can be more assertive in challenging state and federal regulations. They call for creating a Federal Regulatory Commission charged with reporting to Congress on the impact of regulations on the financial sector. (It's unclear why this sector would be the only one in view.) Members of Congress would also be precluded from working in the financial sector after the conclusions of their terms. A similar body, they suggest, might assess the public impact of intellectual property rules. The Congressional Budget Office could highlight upward redistribution in its evaluations of proposed laws.

While the authors are eager to pare back zoning and intellectual property laws, they do not want to eliminate them entirely. Land use and building regulations, they suggest, should be shifted from the local to the state level (with localities permitted to adopt more, but not less, permissive versions of state regulations). The D.C. Circuit's exclusive role vis-à-vis patent litigation could be eliminated. Intellectual property should be excluded from future trade agreements. Copyright could be limited to laws precluding "sales of full reproductions" (and not, by implication, noncommercial duplication).

Lindsey and Teles also want the state and federal judiciary to strike down legislation that protects special interests. They try to distance themselves, however, from the Supreme Court's much-reviled 1905 decision in Lochner v. New York, a precedent that allowed the justices to strike down a host of regulations. "The great fear of judicial review in the economic arena," they opine, "is that, with no clear analytical lines to limit judicial discretion, it could metastasize into a full-fledged assault on the modern regulatory state." Might the presumption of liberty provide a clear line of the relevant sort? And would an attack on the regulatory state be so terrible? They don't say.

Outside the government, the authors call for philanthropic support of efforts that reduce the impact of interest-group rent-seeking, from environmental activists (countering the political clout of polluting industries) to education reformers (giving political visibility to positions opposed by influential teachers unions).

When Lindsey and Teles write about the ugly consequences of special privileges, they are powerfully persuasive. They are less so when they propose solutions.

Some of their suggestions are fine. A revival of Lochner-style judicial reasoning might well restrain some regulatory excesses, even if Lindsey and Teles resist the idea of a full-throttle judicial attack on legislative prerogatives. The elimination or reduction of licensing requirements would be extremely helpful to consumers. And some of the other proposals they float, like substantially narrowing the scope of patent and copyright protection, seem like reasonable second-best alternatives to the wholesale elimination of oppressive regulations.

But in many cases there are good reasons to wonder whether their proposals would really reduce the risks of rent-seeking. Concentrated interests are quite capable of finding ways to navigate a reshuffled policy making system.

Consider their call for fast-tracking domestic legislation. If Congress were required to vote up or down on policy proposals put forward by the president, dealmaking wouldn't be eliminated; it would be relocated from Capitol Hill to the White House. Instead of bringing rent-seeking to an end, they would concentrate it in a more powerful and less accountable arm of the government. Would that really be an improvement?

It's gratifying to see a modern liberal and a libertarian agree in criticizing state-secured privilege, even if their policy program arguably links a largely libertarian critique with technocratic solutions. The Captured Economy makes a clear and forceful case against a range of economic interventions, and it does so in ways likely to make sense to center-left statists.

There is a long history of libertarian, liberal, and leftist critiques of the combination of corporate and government power, but the message doesn't seem to have gotten through to the Rachel Maddows of the world. Whatever the limits of its reform proposals, The Captured Economy helps to reframe the American political debate in a way that might appeal to the typical left-leaning MSNBC viewer—perhaps even, if we're optimistic, to Maddow herself.

The friends of state power have found it entirely too easy to treat the government as the defender of ordinary people's well-being, their protector against entrenched interests. Lindsey and Teles undermine that convenient fiction. To read this book is to understand that the state is not the people's tribune. In fact, it ends up championing the very interests that many people expect it to restrain.

Gary Chartier is professor of law and business ethics and associate dean of the Zapara School of Business at La Sierra University. He is the author of five books, including Anarchy and Legal Order and The Conscience of an Anarchist, and the co-editor (with Charles W. Johnson) of Markets Not Capitalism.