Immigration, federalism, and the 10th Amendment 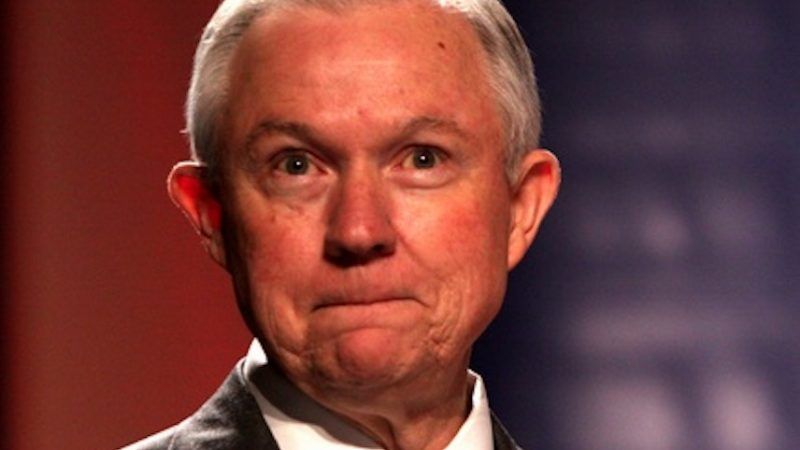 The Justice Department is taking California to court over its status as a so-called sanctuary state. In such places, state and local officials either won't help the federal government round up and deport undocumented immigrants or otherwise refuse to participate in the enforcement of federal immigration laws. In a speech announcing the lawsuit, Attorney General Jeff Sessions accused California of creating "an open borders system," something he denounced as "a radical, irrational idea that cannot be accepted."

Unfortunately for Sessions, his case against California appears to suffer from a significant constitutional defect.

According to the Justice Department, those provisions violate the Supremacy Clause of the U.S. Constitution by "making it more difficult for federal immigration officers to carry out their responsibilities in California" and by "obstruct[ing] the United States' ability to enforce laws that Congress has enacted." The terms of the California Voters Act "impermissibly prohibit even the most basic cooperation with federal officials," the suit asserts. In effect, Attorney General Sessions now wants to force local police to participate in the administration of federal law.

But that would run afoul of both the 10th Amendment and Supreme Court precedent. As Justice Antonin Scalia explained in Printz v. United States (1997), "the Federal Government may neither issue directives requiring the States to address particular problems, nor command the States' officers, or those of their political subdivisions, to administer or enforce a federal regulatory program."

At issue in Printz were certain provisions of the 1993 Brady Handgun Violence Prevention Act that directed local police to help the federal government administer its gun control scheme. The federal government argued that recalcitrant local officials should not be allowed to obstruct the implementation of that duly enacted national law. But the Supreme Court thought differently. The Brady Act provisions at issue, Justice Scalia declared, must be struck down as an unconstitutional "federal commandeering of state governments."