The number of structurally deficient bridges, never high to begin with, has been dropping over the past 30 years. 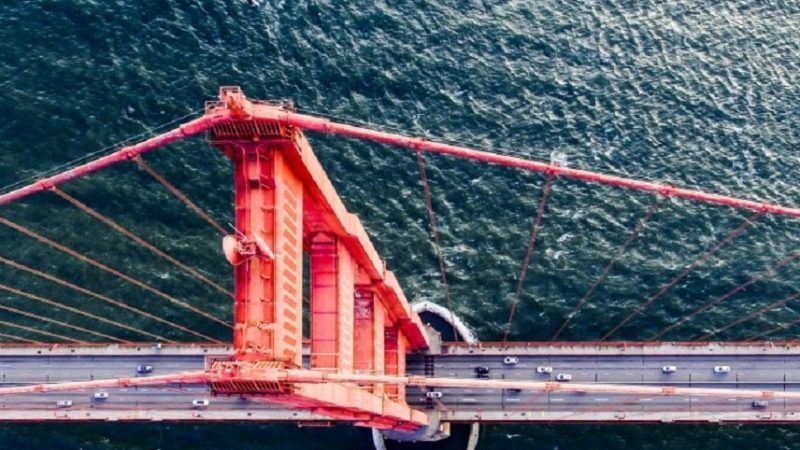 The infrastructure is not crumbling. Ask someone about infrastructure and his thoughts will probably wander to the worst pothole-infested road he traverses rather than the hundreds of roads he drives on that are perfectly safe and smooth. That's human nature.

So "crumbling infrastructure" peddlers play on this concern by habitually agonizing over things like the impending outbreak of tragic bridge collapses that will kill thousands. They bring up tragedies like the 2007 disaster with the Interstate 35 bridge over the Mississippi River in downtown Minneapolis even though, according to federal investigators, the collapse was due to a design flaw rather than decaying infrastructure. Many outlets and politicians simply ignore the inconvenient fact that the rare fatality involving infrastructure typically has nothing to do with "crumbling" and everything to do with natural elements or human error.

In reality, the number of structurally deficient bridges, never high to begin with, has been dropping over the past 30 years despite all the hand-wringing. The overall number has fallen from over 22 percent in 1992 to under 10 percent in 2016. According to a Reuters analysis of those bridges, only 4 percent of those that carry significant traffic need repairs. Of the nation's 1,200 busiest bridges, the number of those structurally deficient falls to under 2 percent—or fewer than 20 bridges in the entire country. And none of those bridges need repair to save them from collapse.

That has never stopped politicians from fearmongering, however. "Our roads and bridges are falling apart; our airports are in Third World condition," Trump claimed during his 2016 campaign. Yet as the Heritage Foundation's Michael Sargent points out, the percentage of airport runways deemed as poor has fallen from 4 percent in 2004 to 2 percent in 2016. And for the past 30 years, the number of "acceptable" or above roads has remained relatively consistent at approximately 85 percent.

Perhaps because they're constantly being told that America's roads are on the verge of disintegrating into dust, some voters aren't aware that federal, state and local governments spent $416 billion on transportation and water infrastructure in 2014—around the same 2.4 percent of gross domestic product they've been spending for decades. About $165 billion of that $416 billion, incidentally, was spent on highways. (This doesn't count the bipartisan Fixing America's Surface Transportation Act of 2015, which added another $305 billion over five years.)

It's also worth remembering that when liberals talk about infrastructure, they don't necessarily mean roads or bridges or airports or water-processing plants. They mean expensive social engineering projects and Keynesian job-creation schemes. In 2017, Senate Democrats unveiled their own $1 trillion infrastructure plan, claiming the additional spending would create 15 million jobs over 10 years. Despite years of hearing otherwise, there is still no evidence that infrastructure bills create self-sustaining jobs—or any jobs, for that matter.

According to a 2010 Associated Press analysis, the first 10 months of Obama's economic stimulus plan showed virtually no effect on local unemployment rates, which rose and fell regardless of money spent on infrastructure projects. It barely even helped construction jobs. What it did do was fund cronyistic ventures and debt-padding waste.
Around $90 billion of Obama's infrastructure-heavy "stimulus" plan went to green energy companies (many of which are now in bankruptcy) rather than repairing bridges. Another $1.3 billion went to subsidize Amtrak rather than repairing the roads you actually drive on. Another $8 billion went to various other rail projects (with a priority on high-speed rail) rather than highways or byways or your local street.

Now, though one expects Trump's $1 trillion infrastructure bill to focus more on traditional projects, the case for the new spending is predicated on the same chilling and misleading rhetoric we've been hearing for years. Although still nebulous, the White House's plan apparently features some attempt to reduce the regulatory burden that the private sector must wade through before gaining approval for building permits. This is a positive step considering the vast majority of infrastructure is still built by the private sector. This should be a goal of the administration with or without the massive infrastructure bill.