Stephanie Slade | From the February 2018 issue 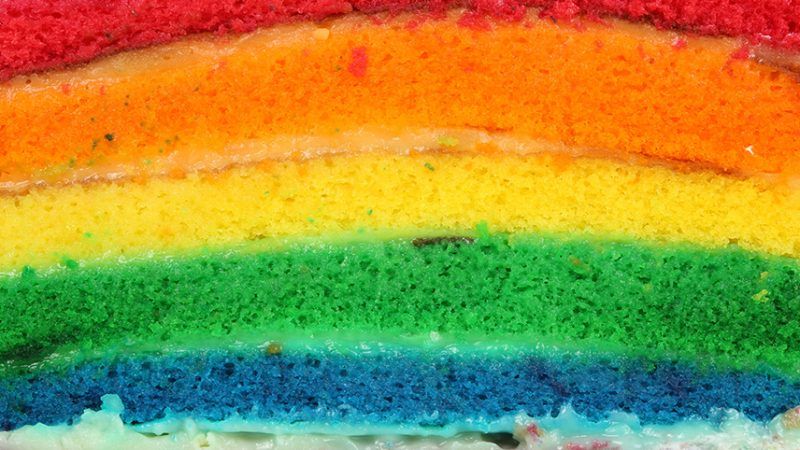 If decorating a cake counts as constitutionally protected speech, what doesn't count? That was the question at stake during Supreme Court oral arguments in Masterpiece Cakeshop v. Colorado Civil Rights Commission.

The case—which centers on whether a state may, in the interest of preventing discrimination, require a private baker to produce a custom wedding cake for a same-sex marriage celebration—was heard in early December.

As Jack Phillips, the baker in question, put it in a recent USA Today op-ed, his creations are "not just a tower of flour and sugar, but a message tailored to a specific couple and a specific event—a message telling all who see it that this event is a wedding and that it is an occasion for celebration." Such a message in the case of a gay union, he wrote, "contradicts my deepest religious convictions." His lawyers argue that nonetheless forcing him to "sketch, sculpt, and hand paint" a cake, as the state civil rights commission has done, is "compelled speech" and a violation of his First Amendment rights.

But wouldn't the same logic, the justices wanted to know, permit someone to turn potential clients away based on their race or religion as well? For example, could a baker refuse to make a birthday cake for an African-American child on the grounds that his religion tells him it's wrong to "celebrate black lives"?

This is an important legal question, because unlike sexual orientation, race and religion are protected classes at the federal level—and laws against discrimination on those grounds have been frequently upheld. (In 1983, for instance, the Court ruled that Bob Jones University could not claim a religious exemption to government desegregation efforts.) If Phillips' challenge to the Colorado law necessarily implicates widely accepted decades-old protections against other forms of discrimination, it stands little chance of succeeding.

On the other hand, if there is some aspect of the Colorado policy that clearly separates it from (and makes it more egregious than) the laws that came before, the justices might be willing to side with the cake artist. Thus, their frequent attempts to get Phillips' lawyers to narrowly define their theory about when the state can or can't butt in.

"What is the line?" Justice Stephen Breyer asked at one point. "The reason we're asking these questions is because obviously we want some kind of distinction that will not undermine every civil rights law."

It wasn't just the baker's legal team that was pressed to state a limiting principle, however. When the attorneys representing Colorado took the floor, they were immediately interrupted with similar queries. Is there any form of compelled expression, the justices wondered, that would in the state's view cross the line? If the government can require you to make a cake against your will, what can't it do?

Could a state force Catholic Legal Services to represent a same-sex couple in a wedding-related dispute, Chief Justice John Roberts asked, since the nonprofit happily represents heterosexual couples in similar situations? Justice Ruth Bader Ginsburg speculated about a case that involves words and not just images: Would Colorado say a baker must spell out "God Bless the Union of Charlie and David" in frosting? Justice Samuel Alito inquired whether a writer who gets paid to pen wedding vows for couples should be made to do so for a gay marriage.

Months will pass before a decision is handed down in this closely watched case—and when it is, there's no guarantee it will answer all the major questions at play. But one way or another, the Supreme Court is left with something its members clearly see as a difficult task: defining the contours of a state's power to require people to do what their religion tells them they may not.