The Prejudicial Cynicism of Trump's SOTU Talk About MS-13

Conflating illegal immigration in general with criminal gangs is wrong, and will lead to bad, wasteful, damaging immigration policy. 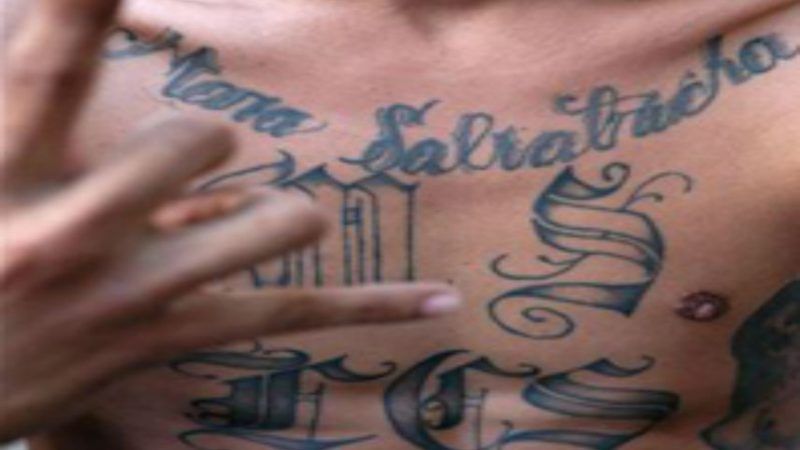 President Trump's use of the parents of children murdered in Long Island by members of the El Salvador-based criminal gang MS-13 as a classic SOTU audience prop got him a long standing ovation tonight. To show sympathy and solidarity with grieving parents, that's fine.

But Trump did not do this in order to show sympathy for specific grieving parents. As his comments made clear, he did it in order to conflate the millions of people who come to America, many without jumping through nearly impossible legal hoops and mostly to work, with murderers.

As Trump said tonight, after inviting the grieving parents to stand up:

Six members of the savage MS-13 gang have been charged with [their children's] murders. Many of these gang members took advantage of glaring loopholes in our laws to enter the country as illegal, unaccompanied, alien minors….I want you to know that 320 million hearts are right now breaking for you. We love you. Thank you…..While we cannot imagine the depths of that kind of sorrow, we can make sure that other families never have to endure this kind of pain.

Tonight I am calling on Congress to finally close the deadly loopholes that have allowed MS-13 and other criminal gangs to break into our country. We have proposed new legislation that will fix our immigration laws and support our ICE and border patrol agents. These are great people, these are great, great people that work so hard in the midst of such danger, so that this can never happen again.

This description of any perceived looseness in American law enforcement regarding immigration as about allowing murderers to "break into our country" is not an accurate reflection of the realities of immigration. Trump's only purpose in this rhetorical move was to use sympathy for grieving parents to politically energize an expensive, tyrannical attempt to disrupt millions of innocent (of anything but violating immigration paperwork laws) lives by illegitimately conflating their "crimes" with murderers.

While MS-13 members certainly have committed murders in the U.S., it's not generally considered intelligent and measured to shape national policy affecting millions of immigrants (as well as the many millions of non-immigrant Americans who buy from, hire, sell to, or rent to them) by thinking only of the handfuls of violent criminals who share nothing but being illegal immigrants with those millions. The Trump administration loves using MS-13 as sinister poster boys for his restrictionist immigration policy, and Attorney General Jeff Sessions mistakenly attempted last year to finger them as major players in illegal drug smuggling.

But in fact, as The Atlantic explained last year:

like other gangs in the U.S., at the end of the last decade its reach and violence waned. In fact, the same day Trump tweeted about MS-13, the U.S. Justice Department released a fact sheet that said state and federal authorities had "severely disrupted the gang within certain targeted areas of the U.S. by 2009 and 2010."….anthropologist Jorja Leap says the gang's power has declined….[she] who spent 10 years studying MS-13 and wrote a book on the gang. She told me that outside of a few high-profile murders, the gang's recent return to the national psyche is political opportunism. …But statistically, Trump's fixation is hard to justify. If you measure the gang's threat by recruitment, more recent Department of Justice figures say it has about 6,000 members nationwide….It also seems to make up only a fraction of deported criminals. Immigration and Customs Enforcement's division that focuses on gangs, Homeland Security Investigations, deported 114,434 individuals last year, according to data given to CNN. MS-13 made up only 429 of those….

….Sessions, speaking to a Justice Department crime task force in April, said MS-13 in El Salvador "has been sending both recruiters and members to regenerate gangs that previously had been decimated, and smuggling members across the border as unaccompanied minors."

Except, there's no data to support such claims. Insight Crime, an organized-crime investigative nonprofit, explained "there is no evidence that the migratory patterns of gang members are different than those of any other group of migrants, or that they are moving in accordance with a grand plan forged by the MS13's Salvadoran leadership to revitalize the organization." Quite simply, Insight wrote, "there is no study by federal agencies or academic institutions that proves that there is a significant number of gang members among these minors." This is backed up by the recent Senate Judiciary Committee hearing, where Customs and Border Protection Acting Chief Carla Provost said that of the 250,000 unaccompanied minors apprehended since 2011, only 56 were suspected or confirmed of being affiliated with MS-13.

As Virginia-based political scientist Michael Paarlberg pointed out regarding MS-13 last year for intelligent comparison in The Washington Post:

As the head of the Northern Virginia Gang Task Force has stated, "the vast majority of their crimes are gang-on-gang," echoing Senate testimonyby Montgomery County, Md.'s police chief that most of their violence is motivated by "perceived or actual rival gang affiliations," as well as members turning informant, or potential members resisting recruitment efforts.

For all the hype in the governor's race, MS-13 has been associated with three murders in Virginia this year, and two of the victims were MS-13 members themselves. To put that into perspective, there were 480 homicides in Virginia in 2016, and nine Virginians died in traffic accidents over Fourth of July weekend alone.

Immigrants to America, legal or illegal, writ large do not represent a disproportionate and dangerous criminal threat in general, and only the tiniest fraction are associated with specific colorful murderous criminal gangs. Trump's references to MS-13 tonight were a cynical and prejudicial attempt to make Americans think otherwise and support his obsession with wasting American treasure on a futile and pointless attempt to stop people from coming here to work and be part of the overall economic fabric of the United States as workers, consumers, and taxpayers. Parents of murdered children deserve standing ovations, but Trump's immigration madness does not.