He assaulted the Kentucky senator over a brush pile. 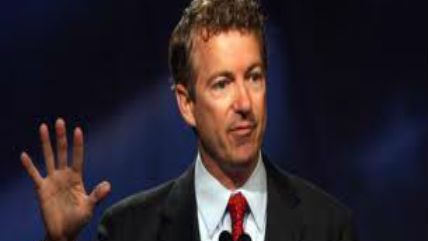 The world wondered what possessed Rene Boucher, a retired anesthesiologist, to assault his neighbor Rand Paul in November, breaking at least six of the Kentucky senator's ribs and damaging his lungs. Was it political, stemming from Boucher's allegiance to the Democratic Party? Was Donald Trump's "sinister banality" to blame?

Now the official federal charges have come down. They say the motive was, as Boucher's lawyers stated earlier, a dispute over Paul's lawn care style.

The charges are federal because Boucher chose to attack a senator, and that's not a typical state assault charge but a federal offense. The Justice Department's announcement quotes Amy Hess of the FBI's Louisville field office: "[T]he FBI will not tolerate violence directed against members of Congress. Those who choose to assault any federal official are certain to face serious consequences."

Boucher has already pleaded guilty to the charge, though "no date has been set for the taking of his guilty plea and the imposition of sentence." He could face as many as 10 years in prison and a fine of up to $250,000. UPDATE: Federal prosecutors though will be seeking a 21 month sentence for Boucher