Private property became the foundation for building the most prosperous nation in the history of the world. 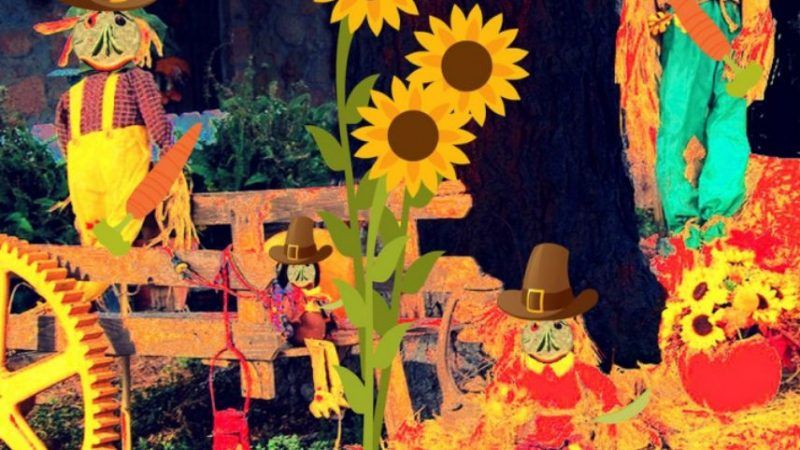 Ready for Thanksgiving? Before you eat that turkey, I hope you think about why America has turkeys for you to eat. Most people don't know.

Everyone's heard about that first Thanksgiving feast—Pilgrims and Indians sharing the harvest. We like the drawings of it we saw in schoolbooks—shared bounty.

Fewer people know that before that first feast, the Pilgrims nearly starved.

They almost starved because they acted the way some Bernie Sanders fans want people to act. They farmed collectively.

But communal farming creates what economists call "the tragedy of the commons."

Think about what happens if a bunch of ranchers hold land in common. Everyone brings cattle to graze. While that sounds nice, it also means every rancher has an incentive to bring lots of cattle to the pasture. They bring cow after cow until the pasture is overgrazed—destroyed.

For this week's YouTube video, I repeated an experiment economics teachers sometimes do to demonstrate the tragedy of the commons.

I assembled a group of people, put coins on the floor in front of them and said, "I'll give you a dollar for each coin you pick up. But if you leave them down there for a minute, I'll give you two bucks per coin, and then three bucks. Each minute the coins increase in value by a dollar."

Did they wait? No.

As soon as I said "Go!" everyone frantically grabbed for coins. No one wanted to wait because someone else would have gotten the money.

Then I changed the rules of the game. I divided the floor into segments, so each person had his or her own property. Then we played the game again.

This time there was no coin-grabbing frenzy. Now patient people anticipated the future.

"I want to reap the most benefit," said one. "[On the previous test] I wanted it now, whereas this is going up, and it's mine."

Exactly. When you own property, you want to preserve it, to allow it to keep producing good things.

That beneficial pattern disappears under collectivism, even if the collectivists are nice people. The Pilgrims started out sharing their land. When crops were ready to harvest, they behaved like the people in my experiment.

Some Pilgrims sneaked out at night and grabbed extra food. Some picked corn before it was fully ready. The result?

"By the spring," Pilgrim leader William Bradford wrote in his diary, "our food stores were used up and people grew weak and thin. Some swelled with hunger."

Adding to the problem, when people share the results of your work, some don't work hard. The chance to take advantage of others' joint labor is too tempting. Teenage Pilgrims were especially likely to steal the commune's crops.

Had the Pilgrims continued communal farming, this Thursday might be known as "Starvation Day" instead of Thanksgiving.

Fortunately, the Pilgrims were led not by Bernie Sanders fans or other commons-loving socialists, but by Bradford, who wrote that he "began to think how they might raise as much corn as they could… that they might not still thus languish in misery… After much debate [I] assigned each family a parcel of land… This had very good success, because it made every hand industrious."

There's nothing like private ownership to make "every hand industrious."

The Pilgrims never returned to shared planting. Owning plots of land allowed them to prosper and have feasts like the ones we'll have Thursday.

Private property became the foundation for building the most prosperous nation in the history of the world, a place where people have individual rights instead of group plans forced on everyone.

When an entire economy is based on collectivism, like the Soviet Union was, it eventually collapses from inefficiency and misuse of resources.

So this Thanksgiving, thank private property. Every day, it protects us from the tragedy of the commons.