If the he is lying about courthouse chats and restaurant meals, he is probably lying about his alleged crimes too. 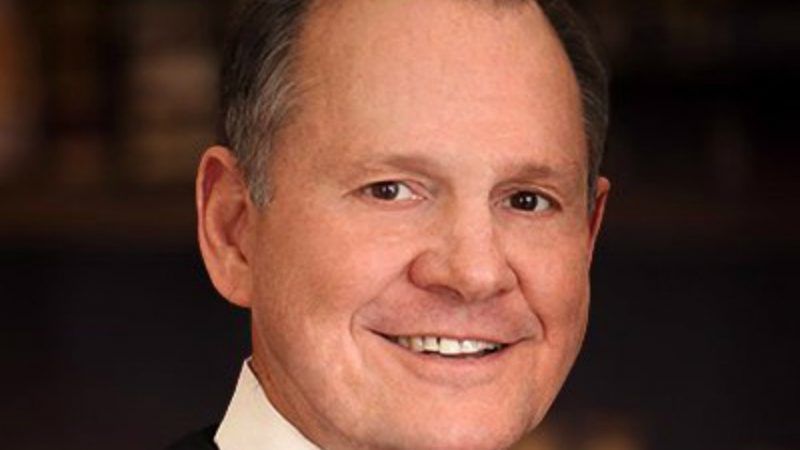 Roy Moore does not deny that he dated teenagers when he was a local prosecutor in his early 30s. But the Republican Senate candidate vehemently denies that he initiated a sexual encounter with a 14-year-old girl at his home and that he sexually assaulted a 16-year-old girl outside the restaurant where she worked. He goes further than that, denying that he ever met either woman. Which could be a problem for him.

Referring to Leigh Corfman, the woman who said Moore dated her when she was 14 and during one encounter touched her over her bra and panties after stripping down to his underwear, the former chief justice of the Alabama Supreme Court told Sean Hannity: "The allegations are completely false. I don't know Miss Corfman from anybody. I've never talked to her. I've never had any contact with her….I never knew this woman. I never met this woman."

As I noted on Sunday, that denial contradicts not just Corfman but her mother, Nancy Wells, who describes a 1979 encounter with Moore at the Etowah County Courthouse in which he offered to sit with Leigh during her mother's child custody hearing. So far no other witnesses to that encounter have emerged, but The Washington Post confirmed that Wells did have a hearing at the courthouse that day.

Potentially even riskier for Moore is his blanket denial of contact with Beverly Young Nelson, who at a press conference on Monday said Moore attacked her when she was 16 after offering her a ride home from the Olde Hickory House, a restaurant on Meighan Boulevard in Gadsden where she worked as a waitress after school. According to Nelson, Moore parked his car behind the restaurant, where he groped her breasts, grabbed her neck, and pushed her head toward his crotch. Nelson said he eventually relented in the face of her resistance and let her out of the car.

As with Corfman, Moore says he never met Nelson. "I can tell you without hesitation this is absolutely false," Moore told reporters on Monday. "I never did what she said I did. I don't even know the woman. I don't know anything about her." He also claimed to be unfamiliar with the Olde Hickory House, saying, "I don't even know where the restaurant is or was."

Nelson, by contrast, said, "Mr. Roy Moore was a regular customer. He came in almost every night and would stay until closing time. He sat at the counter in the same seat night after night. I remember exactly where he sat." If Moore "came in almost every night," it seems likely that someone else at the restaurant, an employee or a customer, can recall seeing him there.

Moore, a deputy district attorney who had graduated from West Point and served in Vietnam before attending law school at the University of Alabama, was well-known locally. "I knew that he was the district attorney in Etowah County," Nelson said. "I did not understand what that meant, but I knew that he was an important person and I always treated him with respect." When Moore signed a yearbook that she had brought to work, she said, "I felt honored that Mr. Moore, who was such an important person, would write in my yearbook."

Moore, who says he never met Nelson, obviously has to deny that he signed her yearbook. A letter that Moore's lawyer sent yesterday to the Alabama Media Group, threatening a defamation lawsuit over AL.com's coverage of the allegations against the candidate, says the yearbook was signed "in a manner that experts, to include our own, have confirmed is not consistent with his handwriting (To wit: structure, strokes, slant, base alignment, etc.) and does not comport to his typical vernacular." But a bigger danger for Moore than a disputed autograph is the possibility that someone else who worked or ate at the Olde Hickory House in 1977 can testify that, contrary to his unambiguous denial, Moore was a customer there.

Eating at the Olde Hickory House, like chatting with a woman and her teenaged daughter at the courthouse, is not a crime and in itself would not prove the charges against Moore. But if it becomes clear that he is lying about these otherwise innocent details, the only plausible explanation will be that he is also lying when he denies victimizing these women.