Diverse people who dislike one another are perfectly capable of sharing a country-if you don't insist on driving them into mutual conflict. 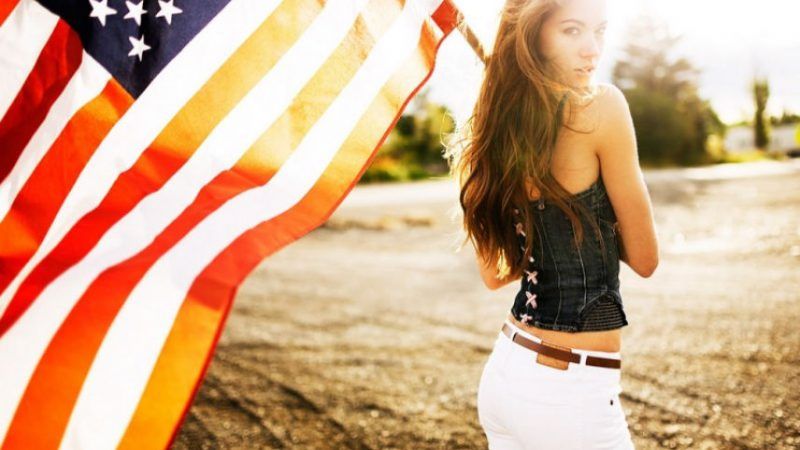 "America is now two countries, eyeing each other across a chasm of distrust and contempt," wrote Michelle Goldberg in her debut column at The New York Times. Her solution, in an apparent attempt to take the virtual Twitter wars and give them a life on the streets, is to tweak the political system so that the "urban, diverse and outward-looking" faction that she favors can dominate the "white, provincial and culturally revanchist" faction she opposes, instead of the other way around.

In a land dominated by red tribe vs. blue tribe divisions, I can't help but (dimly) remember the last time I was in a mosh pit, and the cautionary words of The Offspring, "The gangs stake their own campus locale. And if they catch you slippin' then it's all over pal… You gotta keep 'em separated."

Actually, they're already pretty separated. Two-thirds of Americans think President Trump has done more to divide the country than to unite it, according to a recent Washington Post-ABC poll. Of course, people felt pretty much the same about his predecessor, with a plurality of respondents telling pollsters Obama left the country more divided than he found it. It's pretty clear that our countrymen are feeling less than warm and fuzzy toward one-another, and that they don't need much prodding from political posturers to fuel the mutual animosity.

It would be a tall order to ask a president to bring Americans together at this point in history, anyway, considering how much the various factions have found to dislike about each other. A majority of Americans disagree with Trump about the desirability of firing football players who take a knee during the national anthem to protest the state of race relations—or just to support teammates' right to make that statement. But a plurality are also unhappy about the protests themselves. Commendably tolerant of their opponents' free speech rights, many of those unhappy with the protests are turning away from the game itself. "National anthem protests were the top reason that NFL fans watched fewer games last season," reported ESPN.

So watching the game together drops from the short list of things that still unite Americans.

That may be for the best, since there wouldn't be a lot of safe conversation topics at the tailgate party. "The divisions between Republicans and Democrats on fundamental political values—on government, race, immigration, national security, environmental protection and other areas—reached record levels during Barack Obama's presidency. In Donald Trump's first year as president, these gaps have grown even larger," Pew Research Center reported earlier this month. Pew also reports that "a declining share of Americans hold a mix of liberal and conservative views," that as "Republicans and Democrats have moved further apart on political values and issues, there has been an accompanying increase in the level of negative sentiment that they direct toward the opposing party." The report adds, "the friend networks of both Republicans and Democrats are dominated by members of their own party and include few members of the other party."

Which is to say, teams red and blue increasingly disagree with each other, feel growing antipathy for one another, and avoid each other's company.

That avoidance isn't all that hard, given that Pew found big differences in lifestyle preferences. "Most Republicans (65 percent) say they would rather live in a community where houses are larger and farther apart and where schools and shopping are not nearby. A majority of Democrats (61 percent) prefer smaller houses within walking distance of schools and shopping."

The increasing connection between politics and lifestyle has been noted for several years. "Liberals and conservatives have self-segregating preferences, with many explicitly preferring to live around people with similar political views, and others expressing preferences that indirectly lead them toward communities dominated by their fellow partisans," Nate Cohn wrote of survey results in 2014. That is, even when the political tribes are not explicitly seeking to live apart from one another, the growing correlation between ideology and lifestyle is leading people to sort into like-minded communities. And then, those communities become self-reinforcing, driving people to become more like the communities they've chosen.

"It takes only a very small 'nudge,' whether from 'within' or 'above,' to tip a large population into a self-reinforcing dynamic that can carve deep cultural fissures into the demographic landscape," wrote Daniel DellaPosta, Yongren Shi, and Michael Macy of Cornell University in "Why Do Liberals Drink Lattes?" a paper published in 2015 in the American Journal of Sociology. "When cultural tastes in turn have a reciprocal effect on personal networks, such divisions are likely to be even further exaggerated…leading to a starkly divided world of latte-sipping liberals and bird-hunting conservatives."

I've written before that the association between politics and lifestyle has dangers beyond incompatible policy preferences and a divided population. It makes it possible for the members of one faction to punish political enemies by targeting their pastimes, way of life, and sources of income with limited risk of hurting allies—if we're so foolish as to pit the tribes against each other in a dominance game.

In her column, Goldberg quoted California Gov. Jerry Brown (D) on the possibility that the country could eventually break apart because of its divisions and mutual antipathies. But there are less drastic ways to "keep 'em separated" than to draw new national borders. If Americans are divided and factionalized along lines of ideology, lifestyle, culture, and geography, then we could devolve political decision-making down to the state, local, and (best of all) individual level.

If I remember right, that was called "federalism" when the Constitution was first adopted for a diverse country in which people disagreed on a variety of issues and didn't relish the prospect of a lot of one-size-fits-all policy-making. The solution then was to let people disagree and generally govern themselves without dominating one another. It was an imperfect system, for sure, but it averted a lot of conflict.

Some version of that decentralized approach to politics would seem to be in order now, so that people don't have to live subject to rules they dislike cooked up by people they detest. Unless, that is, we want to turn the whole country into a mosh pit.