Are We All Gonna Die If Animal Rescuers Remain Unbound by Red Tape?

Worry-warts and rivals team up to impose bureaucratic hurdles on animal-rescue volunteers. 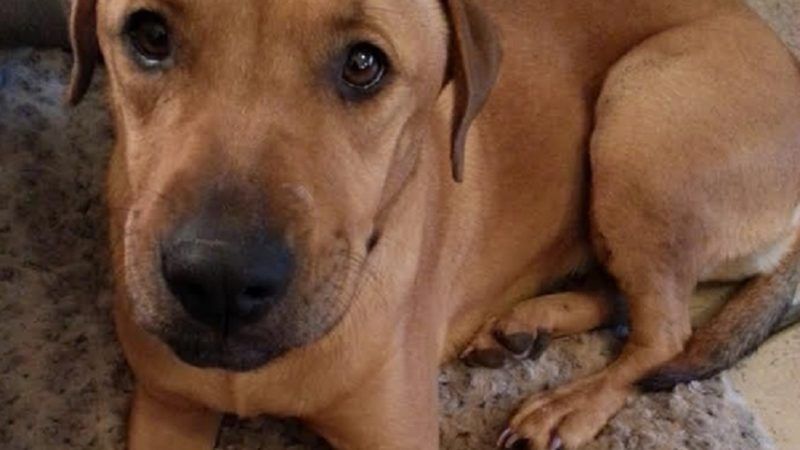 If anything is more dangerous than the occasional abused dog with a propensity for violence it might be busybodies seeking to bludgeon everything they don't like with 14-page legislative proposals. Add in gullible journalists looking for something scary to get the public panicked and buying newspapers and you have a headline like: "Massive, unregulated networks move dogs into Virginia to save them from death. Some worry it's putting people at risk."

Cue canned shriek in the background.

Not every news outlet reports the story in the same way. "I-81 Road to Freedom for Shelter Dogs," was the way Hagerstown, Maryland's WDVM put it, adding, "It's a little like the Pony Express, but it's the Puppy Express, a second chance for dogs who no one thought would be alive today."

The "massive, unregulated networks" over which reporters Ryan Murphy and Amir Vera clutched their pearls at the Virginian-Pilot turn out to be dedicated dog-lovers who volunteer their time and vehicles to transport animals from overburdened shelters, where they face euthanization, to shelters with space, foster families, and adoptive pet owners.

"The loosely organized pipeline starts with groups pulling dogs out of shelters where they are scheduled to be put down, most often due to overcrowding," notes the Virginian-Pilot piece. "Those groups then move them to areas where there is a foster or adopter waiting for them, sometimes several states away. One of the largest municipal shelters in the nation, the Animal Care Centers of New York City, allows more than 300 rescue groups to adopt dogs on the weekly 'kill list.'"

How do they get the fuzzy beasts from point A to point B?

"We combine over-the-road truck drivers, pilot cars and personal vehicle transporters for quicker and more efficient transport of our furkids," explains one group, On the Road Again.

Unsurprisingly for volunteers cooperating on a labor of love, the efforts are coordinated through telephone trees, low-tech websites, and social media pages.

And as you might expect when dealing with any large-scale project, there's an occasional problem—sometimes a serious one. The dogs-of-doom piece highlighted the case of a 90-year-old woman fatally mauled by a newly adopted pet—apparently in a freak-out after the woman fell and then struggled to get up. The dog had previously been surrendered to a New York shelter after biting a child, been transported to a Virginia Beach shelter by an animal rescue group shortly before it was scheduled to be put down, and then adopted from there. The rescue group said it told the shelter about the bite history, but that information was apparently not passed on to the adopter.

That's a horrible situation. But its rarity is indicated by the mention in the news story that "It was the first fatal dog attack that Virginia Beach Animal Control has ever investigated, said Supervisor Rebecca Franklin." Even DogsBite.org, an organization that exists seemingly to villainize particular breeds of dogs—those known as "pit bulls"—concedes that only "34 U.S. dog bite-related fatalities occurred in 2015" in a country of roughly 320 million people. The Centers for Disease Control and Prevention record a total of 279 human deaths in the U.S. as the result of dog bites from 1979-1996, while the Journal of the American Veterinary Medical Association found 256 such fatalities from 2000-2009.

By contrast, "In 2011, work-related ladder fall injuries (LFIs) resulted in 113 fatalities," according to the CDC.

"Some worry it's putting people at risk," the Virginian-Pilot warns of those unregulated dog-lovers transporting pooches to new homes in its breathless headline. Yeah, and some people stay up at night fretting over ladders. But we address their concerns with overwrought stickers warning that gravity sucks and then we climb up and clean the gutters anyway. The Virginian-Pilot, however, turned to the National Animal Interest Alliance's Patti Strand for answers, and boy, does she have them. The NAIA, which quite credibly warns that burdensome regulation of dog breeders and pet stores "will only drive consumers looking for specific breeds toward underground and unregulated markets and Craigslist-type websites," thinks that all the red tape that they and their friends push away should instead be dumped on animal rescue groups and shelters.

Quite bluntly, Strand and company seem to see rescuers and shelters as competitors to breeders and pet stores. She refers to them as "irresponsible groups" who "hide behind their charity image and operate as unregulated wholesale and retail pet marketers who exploit public concern for animal welfare while endangering public health and safety." By all appearances, Strand and NAIA have a scheme to whack these rivals with extensive record-keeping and disclosure legislation that they have, quite conveniently, already written. Understandably, volunteers and shelters might just find such requirements a bit burdensome, especially given that they're dealing with animals whose histories are frequently hard to track. Burdensome enough to drive dog lovers "toward underground and unregulated markets and Craigslist-type websites"? That's an interesting question.

Risk in life is inevitable—and it's probably equally inevitable that rival interest groups will point to those risks as reasons why their competition should be kneecapped by bureaucrats who are all too happy to accept the expanded power. But journalists are supposed to be sufficiently experienced to recognize when they're being used to fan unreasonable fears as part of somebody else's fight.

And it would be helpful if those same journalists admitted that "unregulated" is just another way of saying that people are free to go about their business and do good deeds without jumping through silly hoops.

Note: All of my dogs have been rescue dogs, and none have eaten me. Yet!