Closed captioning can be prohibitively expensive for archived lectures the school wants to make available to the public. 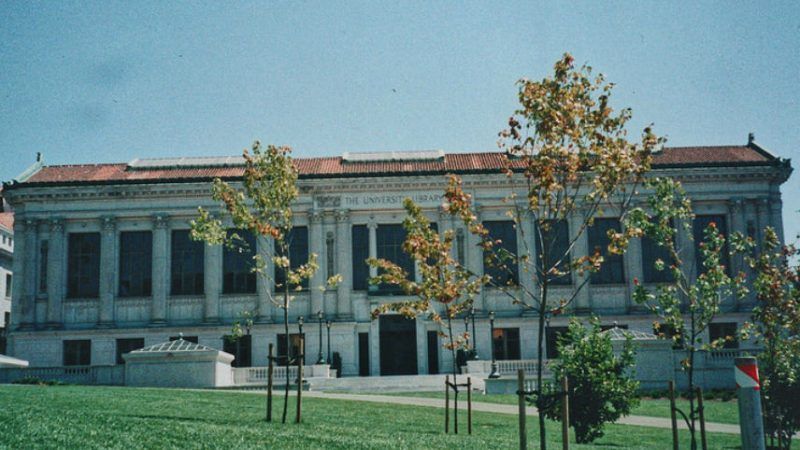 A third threat to free speech at University of California, Berkeley has led to more censorship than political rioters or college administrators.

It's the Americans with Disabilities Act.

Berkeley is expensive. Out of state students must pay $60,000 a year. But for five years, Berkeley generously posted 20,000 of its professors' lectures online. Anyone could watch them for free.

Then government regulators stepped in.

The Americans with Disabilities Act stipulates, "No qualified individual with a disability shall … be denied the benefits of … services."

As with most laws, people can spend years debating what terms like "denied," "benefits" and "services" mean.

President Obama's eager regulators, in response to a complaint from activists, decided that Berkeley's videos violated the ADA. The Justice Department sent the school a threatening letter: "Berkeley is in violation of title II … The Attorney General may initiate a lawsuit."

What Berkeley had done wrong, said the government, was failing to caption the videos for the hearing impaired. The ADA makes it illegal to "deny" deaf people services available to others.

Equality is a noble goal, but closed captioning is expensive.

Computers are learning to turn speech into text, but so far they're not good at it. A speech-to-text program transcribed a Harvard lecturer's comment "on our campus" as "hot Kampen good."

Captions that meet government's standards must be typed out by a person who listens to each word. Captioning Berkley's 20,000 lectures would cost millions. The school decided that, to be safe, it would just stop offering its videos. The administration even removed the existing videos from its website.

So now, instead of some deaf people struggling to understand university lectures, no one gets to hear them.

Politicians mean well when they pass rules like the ADA, but every regulation has unintended consequences. Most are bad.

In this case, fortunately, an angry entrepreneur came to the rescue. Jeremy Kauffman hates to see valuable things disappear, so right before Berkeley deleted its website, Kauffman copied the videos and posted them on his website, called LBRY (as in Library).

He says the Berkeley videos are just the start of what LBRY has planned. He wants the site to be YouTube—but without the content restrictions.
LBRY uses a new technology that operates like Bitcoin. It's "decentralized," meaning videos posted are stored on thousands of computers around the world. That makes it nearly impossible for governments—or even Kauffman himself—to remove them.

"LBRY is designed to be much more decentralized, much more controlled by users" and "absolutely freer," Kauffman explains in a video I posted this week.

LBRY will let users flag videos depicting illegal actions. Those videos may no longer be shown on LBRY. However, other websites can show the illegal content using LBRY's technology, and Kauffman can't stop that.

Kauffman says he won't remove the Berkeley videos from his site even if he's sued because there aren't captions for deaf people.

"Is that a reason that content shouldn't be available to everyone?" asks Kauffman.

Government is force whether it is deliberately doing something cruel or just trying to solve one group's problems by imposing restrictions on others.

"Do you want to put a gun to someone's face and say 'Caption those videos'? It's absurd."

It is absurd. What government does is often absurd.

Thank goodness for the internet and for people like Kauffman, someone willing to spend his own money to keep information free.