Health Care Costs Are the Reason You're Not Getting a Raise 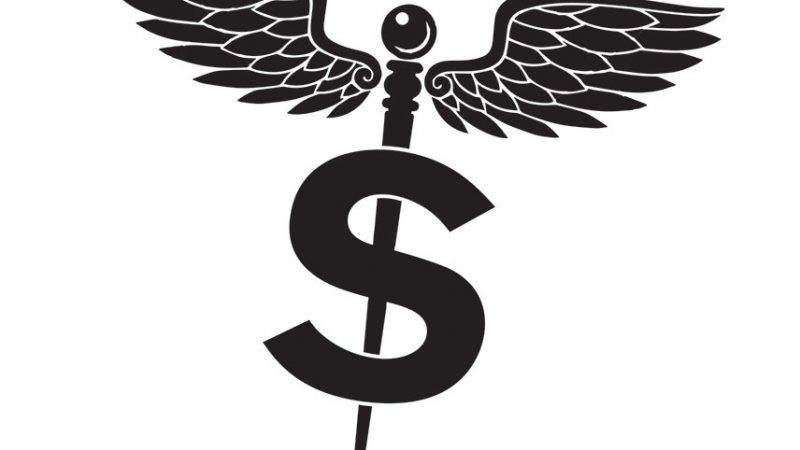 Every Labor Day, you can count on seeing a spate of news stories saying that "real wages" in the United States haven't grown since the 1970s. That's true, more or less, but the reason for the stagnation might surprise you. It's a complex story, but it boils down to this: Blame health care costs.

According to the Federal Reserve Bank of St. Louis, inflation-adjusted wages have grown by just 2.7 percent in the last 40 years. But inflation-adjusted total compensation—wages plus fringe benefits, such as health insurance, disability insurance, and paid vacation, along with employer-paid Social Security and Medicare taxes—increased by more than 60 percent in the same period.

Wages still make up a significant share of your total compensation: 68.3 percent, according to 2017 data from the Bureau of Labor Statistics, vs. 31.7 percent that goes to benefits. But that latter piece has grown significantly, in no small part due to the rising cost of health insurance. And that trend is only going to get worse.

This has political consequences, since most workers don't appreciate how hefty the non-wage share of their compensation is, nor do they generally realize just how much of the money their employer is shelling out on their behalf gets eaten up by health care. As a result, they demand that politicians intervene to deliver more raw pay.

To control health care costs, Americans will have to stop relying on third-party payers to cover small, routine expenditures (as opposed to large and unforeseen ones). According to the U.S. Department of Health and Human Services, out-of-pocket spending—copays and the like—was only 11 percent of all health care spending in 2015, down from 43 percent in 1965.

It's an economic truism that if someone else is covering the bulk of the cost of something, you're likely to use more of it—especially if you don't realize that you're paying for it with foregone wages and higher taxes. This increases the overall demand for health services, which in turn increases the cost. It also creates an incentive for whoever is paying, be it the government or your insurance company, to start putting constraints on which services you can and cannot consume. The end result is that patients have become minor players in many of the financial and medical choices that deeply affect their lives.

Reversing this trend would be hard without a reduction in health care costs big enough to get people to stop expecting their insurance to pay for every little thing. Lower costs would also make it possible to free employers from the responsibility of providing coverage to their workers—because if quality care is cheap and abundant, you don't need to look to your boss to make sure you can get it. That in turn would reduce the gap between compensation and wages. Controlling costs, then, really is the key.

Easier said than done? Yes and no.

This is, of course, a long-term project. It requires bringing to health care the kind of innovation we've seen in other sectors over the last few decades. And that means reducing the influence of government bureaucrats and special interests, which routinely obstruct new technologies and resist innovative ways for consumers to interact with their doctors.

Introducing novel tools and services can make health care more expensive at first. But as long as the government refrains from setting price controls, costs will eventually go down, just as with consumer goods, allowing ever more people to gain access. And some cost-saving steps can be taken immediately. For instance, why not allow medical tourism, reform the onerous Food and Drug Administration approval process, and end regulations that stop highly trained nurse practitioners and physician assistants from treating patients?

By freeing the health care sector from the grip of government and special interests, we can unleash the kind of innovation that has rocked the world of information technology in the last 25 years. Workers should be all for that.