And 20 percent don't know atheists have the same rights as everyone else. 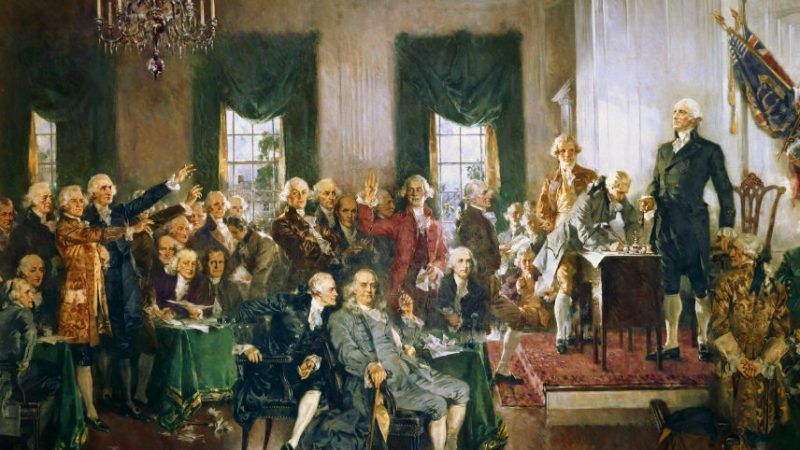 This morning, my colleague Robby Soave shared the troubling finding that 44 percent of students at four-year universities wrongly believe that the Constitution doesn't protect hate speech. I have some more bad news: Ignorance about our foundational liberties does not stop at the college campus' edge.

When pollsters from the Annenberg Public Policy Center asked what rights the First Amendment protects, fewer than half of American adults (48 percent) were able to conjure the words "freedom of speech"—and that was the most popular answer. Just 15 percent came up with "freedom of religion." Nintey-seven out of 100 did not remember that petitioning the government is covered.

Overall, more than a third (37 percent) said they didn't know or couldn't name any rights protected by the First Amendment.

The survey was conducted in mid-August and released last week to commemorate the 230th anniversary of the signing of the U.S. Constitution, which was Sunday.

Beyond the less-than-confidence-inspiring responses to the query about the First Amendment, the poll also found that a third of Americans could not name any of the three branches of government, and that one in five did not realize atheists have the same constitutional rights as other Americans.