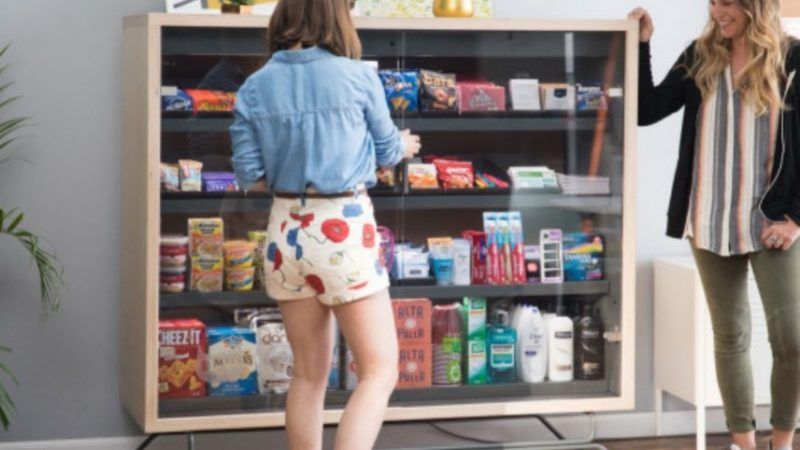 Today's lesson in "branding in an era of instant outrage": If you are perceived as a "tech bro," tread very carefully.

Yesterday, Fast Company introduced the world to a couple of former Google employees who are developing what appears to be a logical tech upgrade to the old vending machine. Here's how Fast Company's writer describes what it does:

[It] sets up five-foot-wide pantry boxes filled with non-perishable items you might pick up at a convenience store. An app will allow you to unlock the box and cameras powered with computer vision will register what you've picked up, automatically charging your credit card. The entire process happens without a person actually manning the "store."

If an average young American saw one of these during a trip to a Japan, they'd probably take a picture of it and post in Instagram and talk about how adorable it is. "They have vending machines for everything!" they might say.

But the two guys behind the company decided to call their innovation "Bodega," after the small neighborhood stores in cities like New York and Los Angeles, and somehow all hell broke loose.

Part of the problem was with the way Fast Company reported on Bodega:

It's the story, not the company, that pushes the idea that this vending machine is a threat to mom-and-pop shops. The founders merely present their tool as a convenience for places like offices, gyms, and dorms.

It's true that if such a machine is placed in an apartment building, it could occasionally save somebody a trip to the nearby store. But even if these little pantries are extremely responsive in adjusting to the residents' needs, there is absolutely no way they're going to replace a bodega in most communities. It's simply not possible.

But few actually took the time question the assumption presented by Fast Company and instead decided to be angry on Twitter, accusing the Bodega bros of facilitating gentrification and cultural appropriation and trying to destroy small businesses. And that allowed other media sites—like Teen Vogue here—to piggyback with lazy "here are some angry tweets" journalism.

So let's state what should have been immediately obvious to anybody who stopped and looked at this thing for a moment: These "Bodega" machines are more likely to show up in the offices of Teen Vogue than in a community where lower-income or working-class minorities walk to their corner stores.

I should know. I live in one of those very communities here in Mid-City Los Angeles. I'm the minority in my own primarily Latino and African-American neighborhood. The bodega a couple blocks over is run by an Indian family (so please stifle the screams of "cultural appropriation"). This is a neighborhood of houses, small apartment buildings, and quadplexes, so there are very few places in my neighborhood where these machines would work the way the company's founders envision at all. And that holds true for huge swathes of the Los Angeles area. The Daily Beast's Spencer Ackerman claimed on Twitter that such machines might create "food deserts." Well, their deployment in my neighborhood would not lead to a food desert. It would lead to Bodega losing money.

So this is not a story about gentrification or "evil tech bros" at all. Nevertheless, CEO and co-founder of Bodega Paul McDonald had to go on the internet to apologize for the fact that people were just reflexively outraged for no reason. No, McDonald says, they're not trying to put corner stores out of business:

Corner stores have been fixtures of their neighborhoods for generations. They stock thousands of items, far more than we could ever fit on a few shelves. Their owners know what products to carry and in many cases who buys what. And they're run by people who in addition to selling everything from toilet paper to milk also offer an integral human connection to their patrons that our automated storefronts never will.

We want to bring commerce to places where commerce currently doesn't exist. Rather than take away jobs, we hope Bodega will help create them. We see a future where anyone can own and operate a Bodega?—?delivering relevant items and a great retail experience to places no corner store would ever open.

If automation ever replaces mom-and-pop stores in poor neighborhoods, that'll be because it's able to offer more goods more cheaply and more conveniently than the stores do, not because it offers less. And that would be to the benefit of these communities and the poor people who live in them, not their detriment.

Enough with this paranoia about Silicon Valley tech guys plotting to deprive poor people of goods. If one of these upgrading vending machines shows up at my neighborhood gym—part of a corporate chain that is priced cheaply enough that working-class folks can join up—I'll definitely check it out. Especially if they stock it with cashews.