Global study goes against the grain on fats, fruits, and dietary dogma 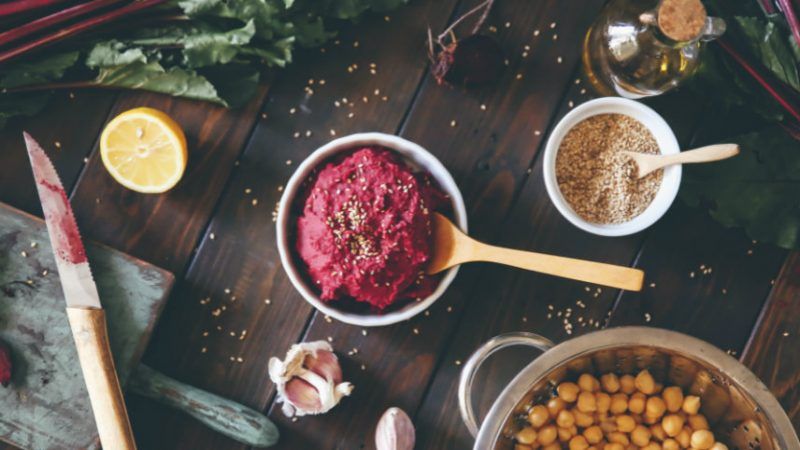 An international nutrition study spanning more than a decade has turned up unexpected findings that researchers say should cause health experts to reconsider global dietary guidelines.

The ongoing Prospective Urban Rural Epidemiology (PURE) project has found both saturated and unsaturated fat intake linked to better heart health, that a high-carb diet is a better predictor of health risks than fat consumption, and that the health benefits of fruit, vegetables, and legumes like beans and chickpeas may plateau at three to four servings per day.

These participants responded to food-intake and lifestyle surveys between between January 2003 and March 2013, with an average follow-through of 7.4 years. Researchers considered health outcomes for participants through March 31, 2017, recording 5,796 deaths in total and 4,784 "major cardiovascular events" such as strokes, heart attacks, and heart failure.

Overall, carbohydrate intake in the highest versus lowest consumption groups was associated with 28 percent higher risk of death.

Dehghan recommends "a total fat intake of about 35 percent of energy" in conjunction with lowering carbohydrate intake.

Perhaps most notably, while higher fruit, vegetable, and legume consumption was associated with lower total mortality risk and less risk of death from non-cardiovascular causes, this benefit appears to max out at three to four servings, or around 375-500 grams, per day.

"Previous research, and many dietary guidelines in North America and Europe recommended daily intake of these foods ranging from 400 to 800 grams per day," said Andrew Mente, lead researcher on the fruits and veggies study published this week in The Lancet. "Our findings indicate that optimal health benefits can be achieved with a more modest level of consumption."

Fruit intake was linked to lower risk of death from heart disease and from other causes; frequent consumers of legumes had lower rates of death from all causes and from non-cardiovascular causes; and raw vegetable intake "was strongly associated with a lower risk of total mortality," while "cooked vegetable intake showed a modest benefit against mortality," Mente and his team found. (See more data from the study here and Mente's presentation to the European Society of Cardiology here.)

Cut Some Carbs, Keep the Fat

Looking at the link between macronutrients and heart disease, researchers found high carbohydrate consumption—defined as diets where more than 60 percent of calories come from carbs—increased the risk of overall death (though not the risk of heart disease or death from heart-related causes specifically).

The same group of researchers also looked at the effect of fats and carbohydrates on blood lipids like cholesterol, triglycerides, and apolipoprotein. They found that LDL cholesterol, a measure that informs many government dietary guidelines, "is not reliable in predicting effects of saturated fat on future cardiovascular events." A better predictor, they found, is apolipoproteins A and B levels—something no one is talking about.

"For decades, dietary guidelines have focused on reducing total fat and saturated fatty acid intake based on the presumption that replacing [saturated fats] with carbohydrate and unsaturated fats will lower LDL [cholesterol] and should therefore reduce" heart and metabolic problems, noted Dehghan. But these recommendations rely largely on North American and European populations. "PURE provides a unique opportunity to study the impact of diet on total mortality and [heart disease] in diverse settings, some settings where over-nutrition is common and others where under nutrition is of greater concern," she said.

Not surprising, then, that their conclusions challenge common assumptions about nutrition.

But don't ditch grains entirely just yet. As Mente reminds us, the research supports the idea that high-carb diets are bad, but not necessarily that low- or no-carb diets are optimal. "It's [the high-carb eating] population that needs to reduce carb intake to more moderate levels," he said. "Our data doesn't support low carb but certainly it supports a moderate carb intake of 55 percent."

Mente also cautions against confusing population-level effects with individual risk reduction. "The effects are modest effects, in the neighborhood of a 20 percent reduction in relative risk," he said. "So if the annual [absolute] risk of mortality is 1 percent, it would be reduced to 0.8 percent. At the individual level, it is tiny…. Having said all that, at a population level, if these small effects are true and not due to confounding, they would translate into thousands or even millions of fewer deaths annually, depending on the size of the population, if the exposure is common which is certainly true for diet."

At any public health level—with the aim of better government dietary advice—"the findings are important," he said.