The EU can be quite protectionist, particularly vis a vis its eastern members. 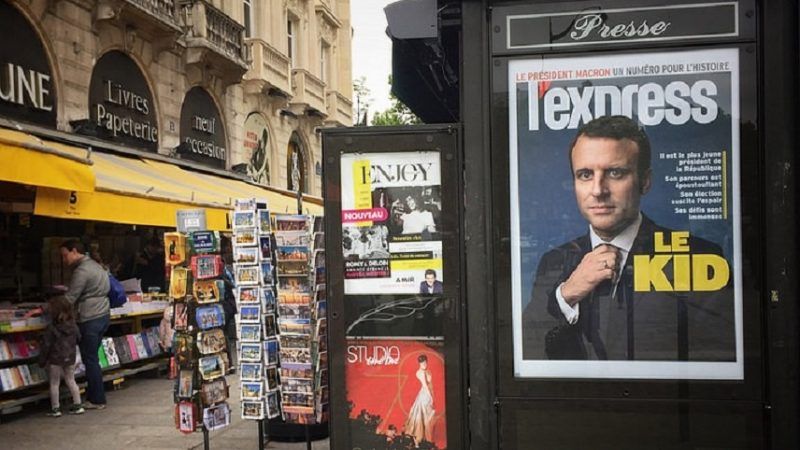 Emmanuel Macron, the 39-year old French president, has had a difficult few weeks. First, the French voters rebelled against his attempt to give his wife, Brigitte, her own budget and staff. Over 200,000 citizens of the cash-strapped republic signed a public petition opposing the creation of the title and office of the First Lady and the proposal was put on ice. (If only the citizens of our cash-strapped republic could do the same.)

Then it came out that Macron's personal makeup artist cost the French taxpayer over $30,000 in the last 100 days alone. The President's popularity has nosedived and that's before any of the blessed reforms that Macron promised to deliver to revive the moribund French economy unsettled the wasps' nest of the French public sector unions. And so, Macron has turned his sights to foreign policy and that most French of pursuits—protectionism.

The advocates of the European Union have long argued that the EU is a force for economic liberalization. Beginning in 1958, the European Economic Community (i.e., the precursor to the EU) started to reduce barriers to the movement of goods throughout the Common Market. That has worked relatively well, although the total contribution of reduced intra-European tariffs to European growth is debatable, for it has taken place alongside global trade liberalization under the General Agreement on Tariffs and Trade and, later, the World Trade Organization.

Much progress was also made with regard to the movement of people. Unfortunately, many a European country is having second thoughts about the sustainability of the Schengen Treaty, which underpins that freedom. That's because in addition to facilitating the free movement of tourists and workers, Schengen is also facilitating free movement of Middle Eastern and North African terrorists, who have managed to sneak into Europe via relatively unprotected Greek, Italian and Spanish coastlines. Barbed wire fences have sprung up throughout Europe once more.

When it comes to the provision of services, however, intra-European protectionism remains a serious problem. In the early 2000s, Frits Bolkestein, who was the EU Commissioner for the Internal Market, proposed the so-called Bolkestein directive, which would have greatly liberalized trade in services in the EU. His initiative failed, which was particularly disappointing, considering that services account for a majority of economic output in all EU economies area.

That said, the EU member states did agree on a compromise measure, which "allows people from poorer EU states (e. g., Poland) to work on contracts that need only guarantee the host country's (e.g., French) minimum wage." Income taxes and social contributions owed by these so-called "posted" workers can be paid in the home country—at, presumably, lower rates—and that has become too much for the French to bear.

Macron has called the current system a "betrayal of the European spirit" and said that "it created unfair competition in wealthier nations like France and Germany."

"The single European market and the free movement of workers," the French President continued, "is not meant to create a race to the bottom in terms of social regulations."

Macron's move comes on the heels of French and German attempts to force Eastern European trucking companies to pay their truckers French and German wages, while transporting goods from Eastern Europe to, for example, Spain via the territories of France and Germany. (That would be equivalent to forcing a trucking company from Wyoming to pay its truckers higher wages in Arkansas, while en route to Louisiana.)

This is, of course, blatant protectionism. It aims to eliminate the competitive advantage that Eastern European workers, who are less productive (and, therefore, worse paid) than workers in the West, enjoy over their Western counterparts.

If Macron succeeds in his efforts to undermine intra-European competition (such as it is), he will have shown that he is not, as many have suspected all along, a friend of the free market. In an attempt to use protectionism to shore up his waning popularity, he will have confirmed that European politics, in spite of the EU's federalist pretensions, remains fiercely nationalistic.

For all the talk about Macron as the torchbearer of global liberalism, it looks like the French President is not all that different from the American one.